What happens when a minor TV character get major social attention? In the digital age, how do you take advantage of it and adjust? That was the challenge faced by BET Network’s Being Mary Jane.

The show’s Twitter analysis showed that an unexpected character was emerging as a fan favorite: Avery, the wife scorned by the affair between Mary Jane and her husband. It was too late to reshoot the series, but the fans’ love forced BET to rethink its social media strategy and the way it was promoting the show.

It all began around the time the series premiered in January 2013. JP Lespinasse, BET’s senior director of social media, got a shiny new toy: Adobe Social, a social media management and analytics tool that he began using to monitor the chatter around Being Mary Jane. 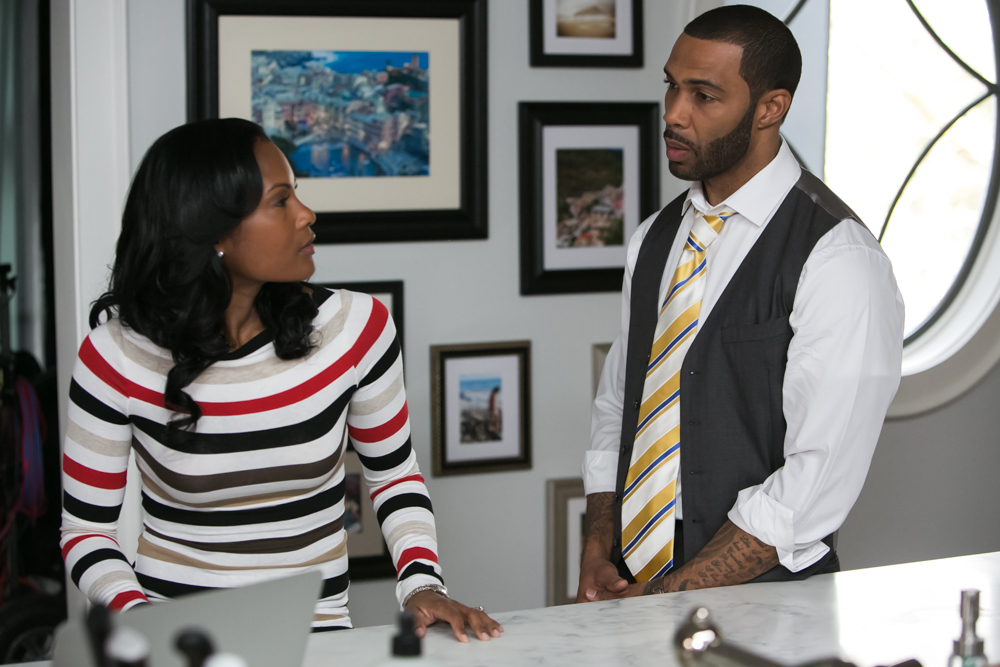 Two shows into the eight-episode series, an intriguing insight emerged. While of course the romantically challenged Mary Jane herself got the most attention, the Twitter analysis showed that Avery garnered the next highest number of mentions.

“The next step was, let’s see where we can begin to amp up our coverage of Avery from a content perspective,” Lespinasse recalls. BET recut some of its broadcast commercials to feature Avery more. They also gave her more visibility on the show’s website and digital promotions, and recruited the actress who plays Mary Jane, Robinne Lee, to live tweet the episodes that featured her character. 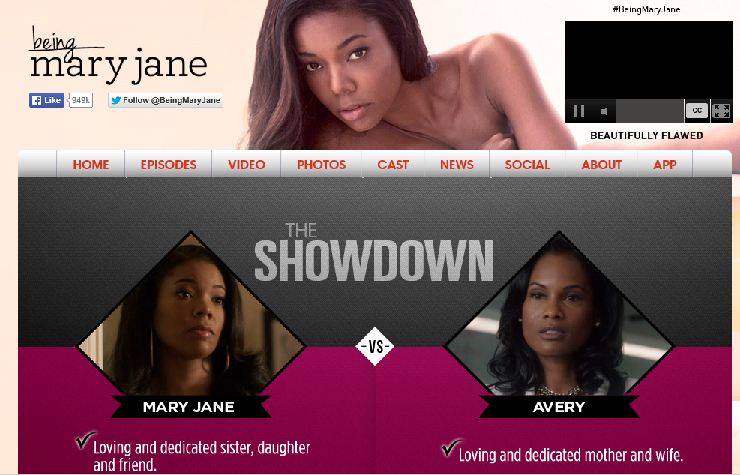 When the social media staff used their human brains to parse the social media chatter, they gleaned another useful insight into just why Avery appealed so much to the audience. “There were a lot of people quoting her,” Lespinasse says. “The stuff that made Avery resonate was the stuff that came out of her mouth. So, not only do we want to feature her generally, we want to feature what she’s saying.” 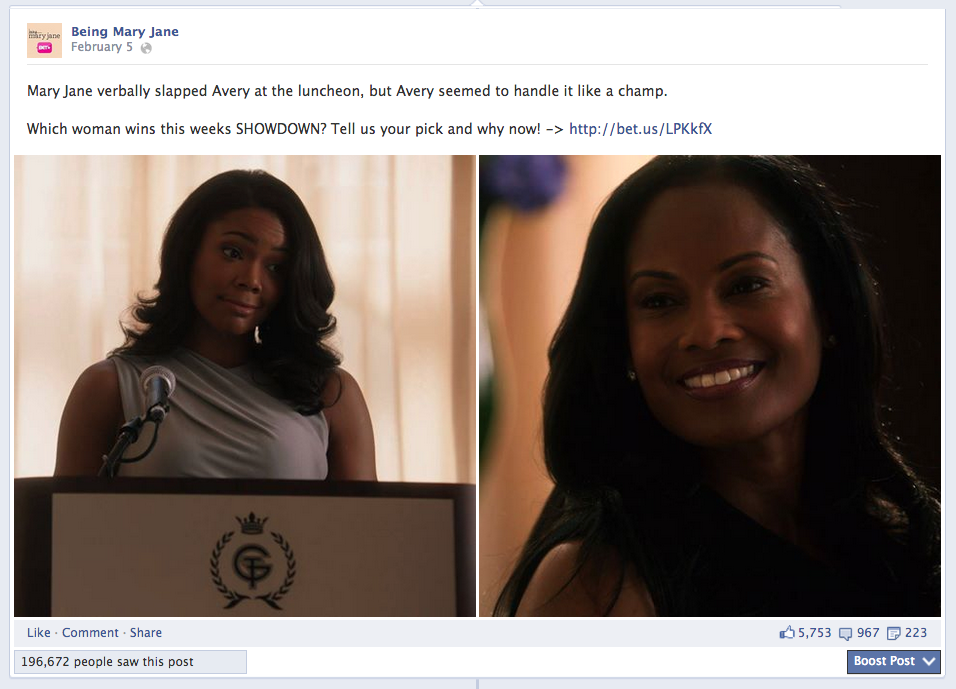 So how did the BET social media team glean these insights? They began their social listening program two weeks before the premiere. Then, every morning after the show aired, they’d peruse the analytics. They also produced weekly reports charting the total audience against social media mentions. While it’s difficult to determine yet whether the data shows that more social mentions equals more viewers, there’s definitely a correlation between the two, according to Lespinasse.

In fact, he sees the day when social media visibility will be almost as important as an actor’s film credits. If a role comes down to a couple of actors, he says, “I’d be remiss if I didn’t say, ‘This person is extraordinary on this digital platform. If all else is equal, you might want to select them.'”

While that day hasn’t arrived for the network, a strong social media presence is helping to guide other promotion decisions. For example, like many televised awards shows, the BET Awards will be bolstered by BET Experience—a series of live, red-carpet events in Los Angeles. The BET Awards producer gave Lespinasse a list of the 50 actors and celebrities he was considering booking for live events and asked him to rate them from a social media perspective. Some actors love to take part in social media; for others, Twitter is a foreign art form. Nevertheless, Lespinasse says, “They now have an understanding that doing this could be beneficial to their career.”

Will Avery have a bigger role to play in the second season of Being Mary Jane? Lespinasse can’t spill any beans, but he admits, “They listened to the feedback. If feasible, they will incorporate my data.”