Across this great land last night, war rooms were abuzz; the tense faces of young men and women alit by Macbook light, ready to strike.

It wasn’t World War III. It was Oscar night.

Fifteen months after Oreo’s infamous Super Bowl Blackout tweet, darn near every brand on earth was rolling out the real-time red carpet. While last year’s Academy Awards saw a lot of forced, real-time duds, brands seemed more willing to create creative content on the fly this time around.

Real-time content is a risky business; just ask @TGIFridays, who tweeted out a fill-in-the-blank request for “best supporting wingman” and received three reactions and zero replies (cue the sad trombone).

But the Academy Awards is about celebrating success, so, in that spirit, here’s a roundup of the brands that managed to stand out:

Like a match made in giddy, red carpet gossip heaven, Pantene hit gold with Jared Leto’s divine locks while chatting up followers with the hashtag #Wantthathair. The hashtag was buzzing on the red carpet, and was still going by the time the Best Picture award was announced. 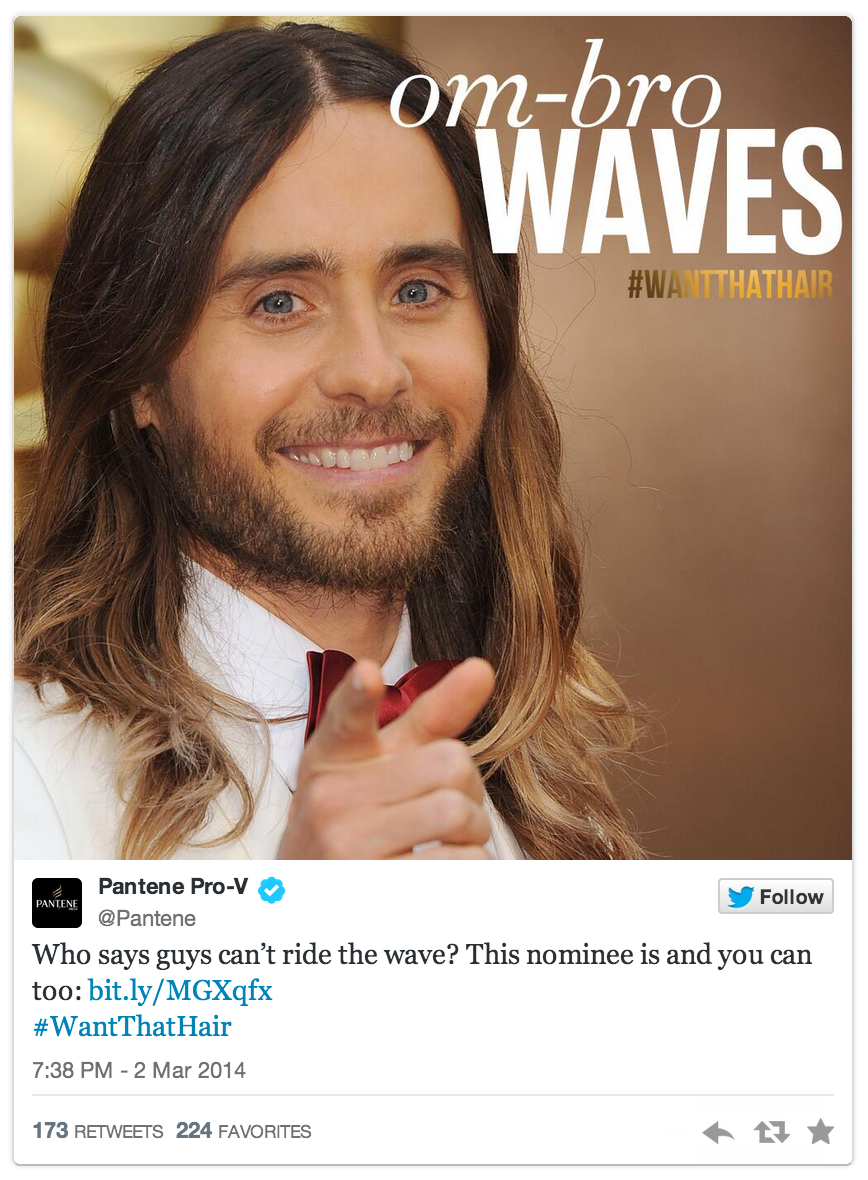 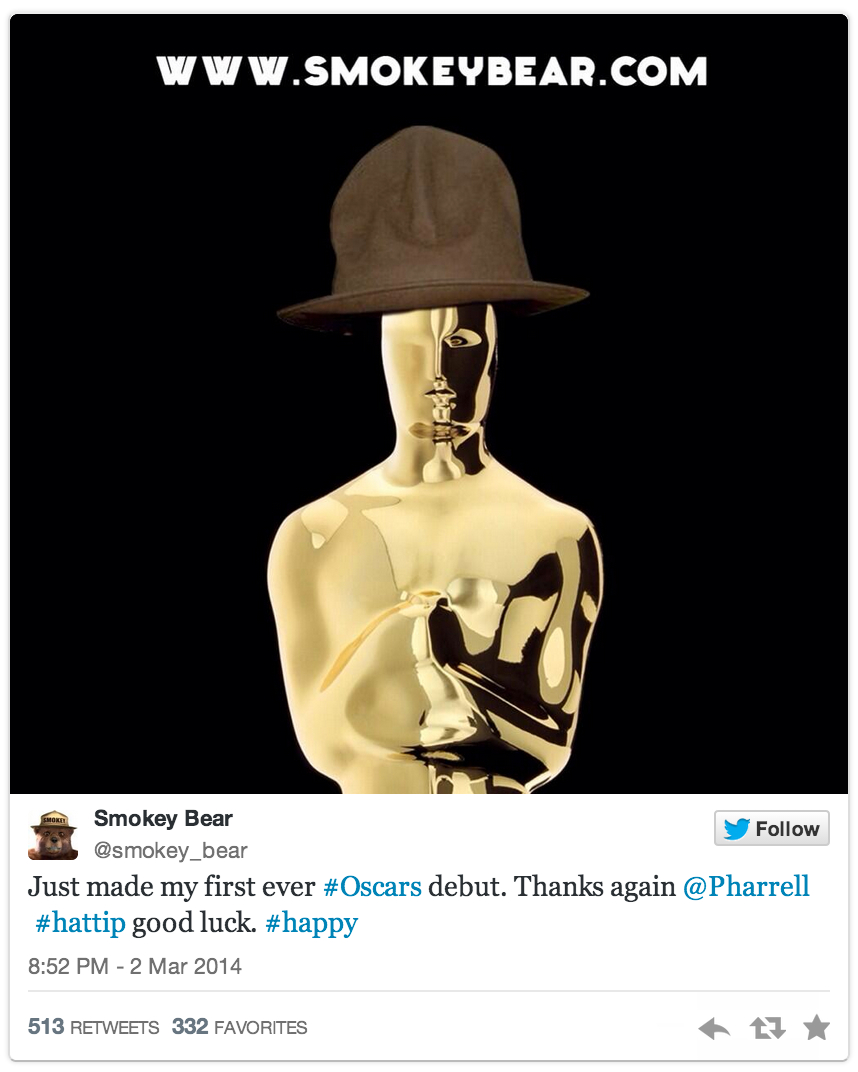 Nominee #2: DiGiorno: Ellen threw pizza-makers a softball when she offered to order pies for A-listers in the audience. A number of pizza brands responded (as did Chobani?), but veteran snarky-pants DiGiorno was the quickest (and funniest) to the punch. Their social media team sure knows how to speak Twitter.

Nominee #3: Miller Lite: Miller Lite was sitting out of the Oscars until Matthew McConaughey mentioned his late father’s love for Miller Lite at the tail end of the broadcast. They reacted perfectly and earned more than 1,300 retweets in 15 minutes.

Winner: NASA. Gravity had a decent night, but the nation’s beloved nerd headquarters had a great one. Much of their content appeared prepared in advance, which allowed them to crush it as they cheered on their obvious favorite. The best moment? A shout out from actual astronauts — to the delight of science geeks everywhere. 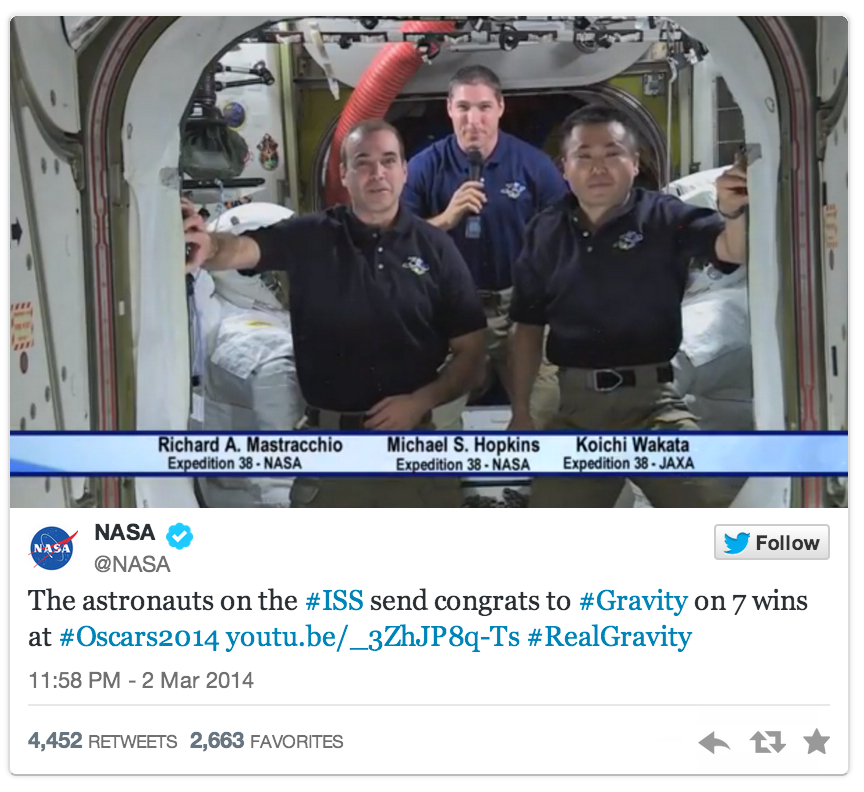 Quaker Oats. Twitter was all a-flutter when Ellen’s first outfit looked ripped from the brand’s packaging. Plenty of viewers made the observation for them, but @Quaker stayed mum.

The torrent of branded content last night made it difficult to stand out. Some opted to instead try to grab a piece of the spotlight with pre- and post-Oscar content.

Priceline led up to the event with 6-second Vine spoofs on the Oscar nominees. Most didn’t hit the mark and got only a few likes or revines, but their recreations of The Wolf of Wall Street and Gravity hit the mark, so we need to give them props there,

L’Oreal teased red carpet watchers with promises of hairstyle tutorials the following day based on the stars’ looks. Let’s see if they follow through.

The Ellen Show: She hosts! She tweets! She selfies! The bits of the show featuring Ellen meandering through the audience played oddly on screen, but on Twitter, they were a hit. From the hailstorm of people and brands reacting to her pizza offer to the star-filled selfie that actually broke Twitter, @TheEllenShow didn’t just get some traction last night. It earned a historic amount of it. With more than 2.6 million retweets by the next morning, Ellen beat out Barack Obama’s record for the most retweets ever. 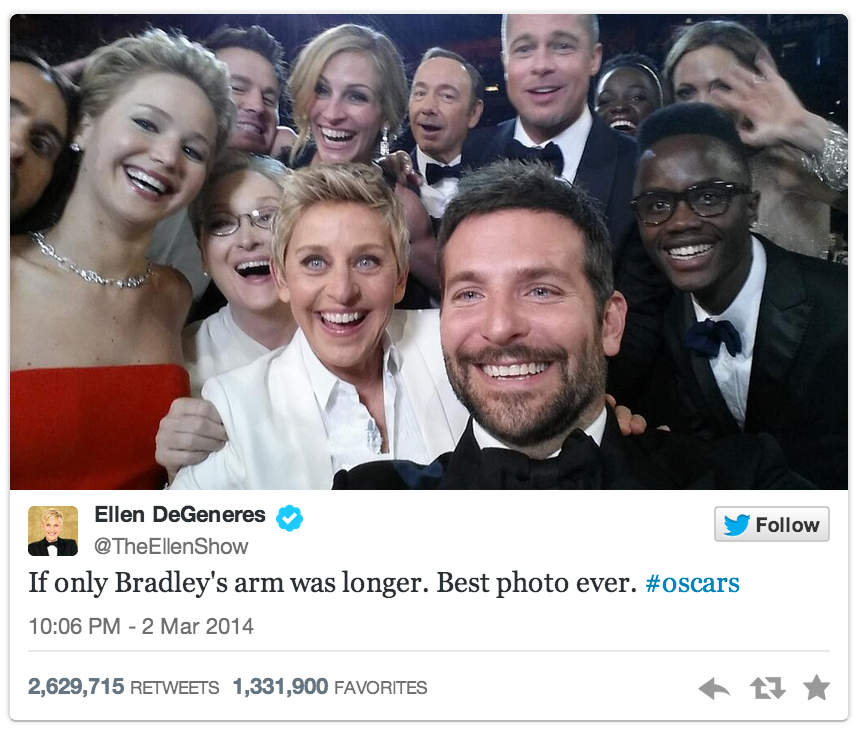