“You really have to check out…”

Whenever my friends used to say this, the recommendation at the end of the sentence would be a restaurant or bar or TV show. Now, it’s a podcast. That shouldn’t come as a surprise. Over the last decade, audio storytelling—one of our oldest mediums—has seen an unprecedented explosion in popularity. And it’s a trend that brands can’t ignore—especially after GE’s podcast, The Message, reached the branded content singularity by becoming the most popular podcast in the iTunes store. 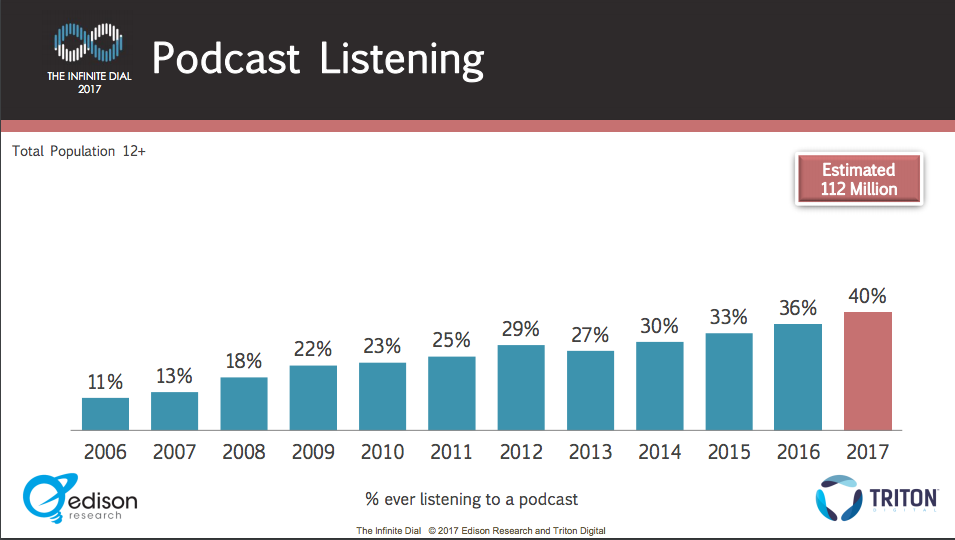 This summer, I sat down at the Cannes Lions Creativity Festival with Hernan Lopez, CEO and Founder of Wondery, an upstart podcast network backed by Fox with big visions for the future of storytelling. Check out the clip below, which was created for our Accountable Innovation Series in partnership with Magnet Media, an industry-leading global strategic studio.

Joe Lazauskas: Hi everyone and welcome to Accountable Innovation. I’m Joe Lazauskas, the editor-in-chief of Contently, and I’m here with Hernan Lopez, the CEO and founder of Wondery, the podcast company that’s taking Cannes by storm.

Hernan, thank you so much for being here with me.

Hernan Lopez: Thank you so much. What a great set-up.

Joe: Yeah, this is not too bad. You had your keynote yesterday, the first keynote in Cannes history in pitch blackness. How was that? Was it weird? Did people freak out? Start yelling out, “where are things?”

Hernan: No. People were very much into it. Obviously, we couldn’t completely turn the lights off for security, so what we did instead is we gave people eye masks. And I should say what’s the premise of it. Because we are all about audio storytelling and the power of sound and the emotional power of sound, I wanted people to experience sound without any visual distraction.

Joe: It’s really interesting approach and it makes me wonder… podcasts have clearly blown up over the last few years, but are podcasts the medium that we’re going to see really dominate audio-based storytelling moving forward or do you see another evolution coming?

Hernan: I’d make a parallel with what happened in television. If you look at television before TiVo and before Netflix, before television on demand, we had those shows like the procedurals and the sitcoms. Some people could watch one episode and miss the next one. And then after TiVo and Netflix came, it’s when the golden age of television started with shows like The Sopranos, and Breaking Bad, and Game of Thrones, those shows that you had to watch in a sequence from beginning to end.

Joe: Do you think there’ll be any evolution in terms of, say, VR, like using that to create more audio-based experiences, almost like the keynote that you had yesterday?

Hernan: I said yesterday that the most advanced form of VR is your imagination, powered by sound. One thing people don’t often realize is sound travels faster. It’s received by the brain before all other senses, which is why there’s an advantage to understanding how sound has a power to affect your emotions.

Joe: What are some of your favorite branded podcasts and what do you think makes for a good brand activation with audio-based storytelling?

Hernan: I think you have to start with content that, first, gives value to the consumer. Among podcasts that are not done by Wondery, Open for Business by Gimlet Media for eBay is a really good example. It’s a podcast that tells entrepreneurs how to start a business and what to look for.

And then we’re now doing one for Busch Beer, it’s called Heritage Road. It’s launching in two weeks and I think it’s a very interesting experiment because we’re going after NASCAR listeners, who are not necessarily among the biggest consumers of podcasts.

Joe: Well, Hernan, thank you so much for being here with us. Really appreciate it and hope you enjoy the rest of your Cannes experience.