The branded content singularity is near. In November, a piece of content marketing rose to the top of the charts.

I’m talking, of course, about GE’s fictional podcast, The Message, which tells the story of a group of cryptologists who use GE technology to decode a message sent from space 70 years ago. It rocketed up the iTunes chart to No. 1 on November 26, passing mainstay titans like This American Life and Serial.

In fact, as Nieman Lab notes, one listener even wrote in a review that the show is so good that they should start a Kickstarter to turn it into a movie. GE definitely doesn’t need a Kickstarter, but a comment like that is a clear sign that its branded podcast can stand on its own as a damn good replacement for those of us who are in Serial withdrawal.

It shouldn’t surprise anyone that GE pulled this off—as readers of this column know, the company has consistently put out some of the world’s best content marketing this year. GE comes up with content ideas that it expects will resonate with audiences, and then it gets out of its own way when it comes to the production process, putting the concept in the hands of talented content creators. In this case, GE tapped the Slate Group’s Panoply Media, which, in turn, hired playwright Mac Rogers to write a riveting script.

“I don’t consider it advertising,” Andy Goldberg, GE’s CCO, told Nieman Lab. “It’s a podcast show that just happens to be produced by a brand instead of a network. I’m not saying, ‘Hey, go out and buy a jet engine.’ It’s a science fiction story to connect listeners with what the GE brand is about, without selling the GE brand.”

Indeed, don’t use your content to go out and tell people to buy a jet engine. Hell, don’t even go out and tell them to buy a toaster. Tell them a story that they’ll enjoy, and trust that the bump to your bottom line will follow. The best branded content of November did just that.

(Thanks, as usual, to our awesome editorial intern, Esme Cribb, for helping research this roundup.) 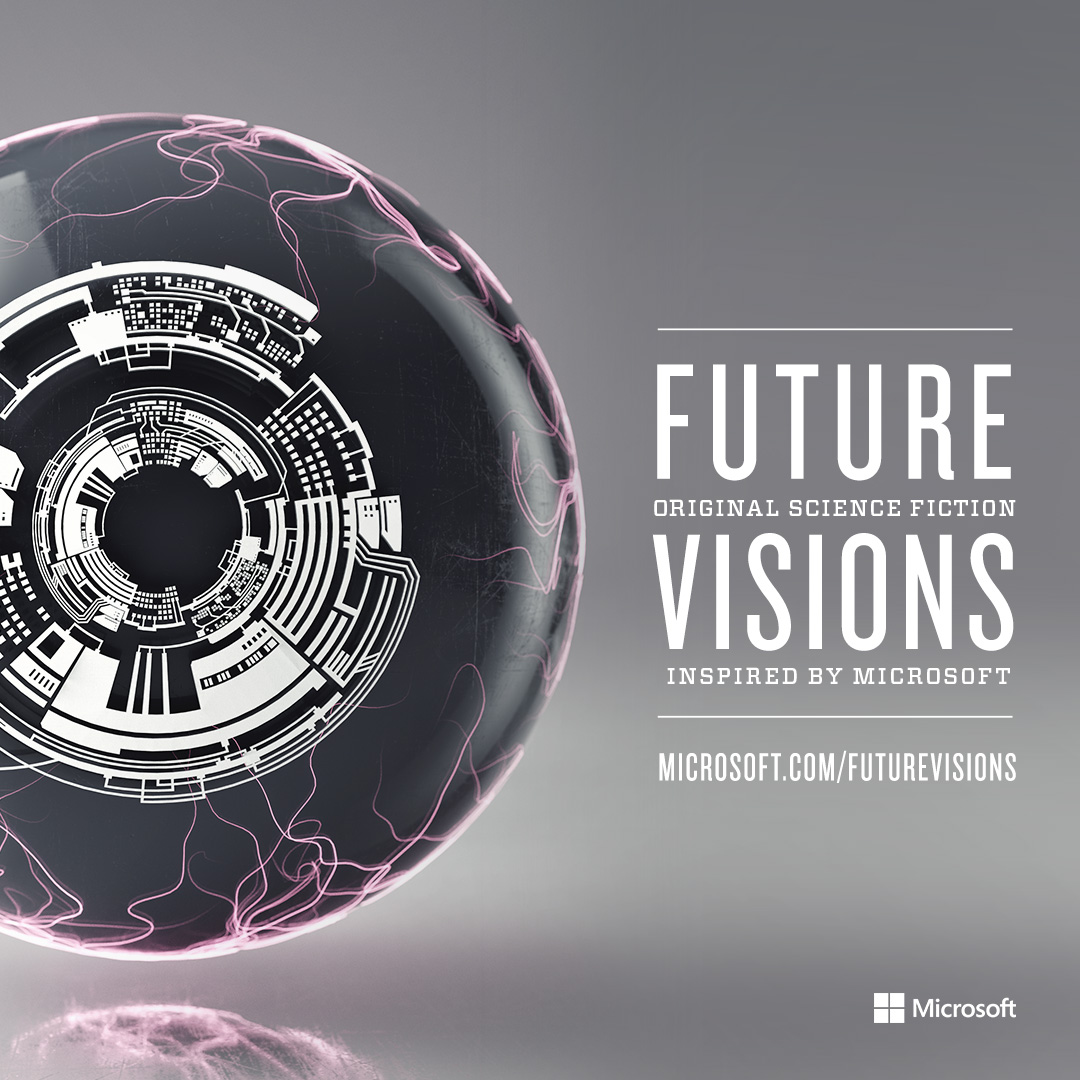 Microsoft has found a content marketing sweet spot of late: experimental research efforts. Last year, it launched Microsoft Stories, a digital pub filled with ambitious reporting about the work going on inside the company. This year, the company gave nine award-winning writers like Ann Leckie and Robert J. Sawyer full access to its research facilities to inspire sci-fi stories.

“The idea was to bring authors in to expose them to what some people might think is science fiction. In a way, you could say the world of Microsoft Research turns science fiction into science fact,” said Steve Clayton, chief storyteller at Microsoft. “We didn’t show them a piece of technology and ask them to please write about that. We showed them technology and introduced them to a group of people, and then asked them, what did it spark in your mind as ideas, where did it inspire you to think the technology may go?”

Leckie, for instance, was inspired by Skype Translator to write a story about two space groups on the brink of war following a dispute that hinges on careful translation. (You can download the entire collection for free here.) Between this Microsoft collection and United’s Rhapsody, which is emerging as one of the better literary magazines out there, we may be witnessing a new trend: brands as the next great patron of literary talent.

Speaking of which: Bud Light Lime, I’ve got some essays about my college days you will love. Call me.

Would I watch an entire full-length comedy starring Stove Top’s Artisanal Hipster Pilgrim? As one of the few twenty-somethings at Contently who hasn’t caved and moved to Williamsburg, I just might. If you know a guy who owns a typewriter, spends his Saturdays making pickles, and has a pistachio milk side business, these videos are for you.

I can’t believe I’m including an Old Navy holiday ad in this roundup, but we’ve come a long way from a bunch of yuppies torturing you with a jingle about performance fleece. In probably the best ad of the holiday season, Julia Louis-Dreyfus and Kumail Nanjiani try to rob Snoop Dogg. It’s kind of like Home Alone, but without the undertones of child abuse.

Louis-Dreyfus is amazing as always, and Kumail is pretty much the Michael Jordan of brand videos right now. Snoop Dogg is inexplicably sober. Somehow, it all works.

Athletic apparel brand Saucony has been slowly rolling out a series of “seeker stories” this year, and the latest, a short film about The Oatmeal’s Matthew Inman, is excellent. Creating short video profiles of celebrities with devoted followings has been a go-to content strategy for brands of late, but of all the ones I’ve seen, this resonated the most. Inman is dry and hilarious, and the illustrations of his insanely popular webcomics play a central role.

The best line: “People think I wake up and do pilates and have kale for breakfast. No, I’m running because I have a hangover, and had, like, corn dogs for breakfast.”

I have never related to an ad so much in my life.

Pond5: “Race for the Republic”

Admittedly, I’m not a big Star Wars nut, but I am a total politics geek. That’s why I loved this video series from Pond5, a stock video and licensing agency, that uses stock footage to parody famous political ads with different combinations of Star Wars running mates. The first two—a Chewbacca/Han Solo parody of Hilary Clinton’s disastrous “3 am” ad from 2008 and a Darth Vadar take on Reagan’s 1984 “Morning in America” spot—are must-watch clips. And they do a great job of selling Pond5’s service; I’m already daydreaming about what other ridiculous things we could do by mashing up some stock photos.

The king of the stock video parody video, however, will always be Dissolve’s “This Is a Generic Brand Video.” So good:

This might be the weirdest content marketing campaign I’ve ever come across, and I freaking love it. Louis XIII Cognac, which takes 100 years to make, tapped John Malkovich and Robert Rodriguez to make a film that would be put in a vault and wouldn’t be seen for 100 years. As they tell you in the video above, they agreed; the pair made a film, and they locked it in a vault. Rodriguez has said that it’s set in the present and “emotionally charged,” but for all we know, it’s just 93 minutes of Malkovich juggling cantaloupes and watching Love Actually while weeping uncontrollably. No one will know for 100 years.

Louis XIII is, however, sending folks 1,000 metal tickets to a screening set to take place in November 2115—seemingly for future descendants, but who knows? Maybe you’ll get a ticket, discover the secret to immortality, and get to go instead of your spoiled great-grandkids. When John Malkovich is making a movie that no one will see, on behalf of a cognac, anything is possible.

Think I missed anything? Have suggestions for next month’s roundup? Holler at me @joelazauskas on Twitter or lazer@contently.com