7 Takeaways From Cision’s ‘State of the Media’ Report

As soon as technology changes, it doesn’t take long for the media industry to start evolving with it. But how? As everything from social media to mobile phones affects change so rapidly, it’s hard to determine what’s a passing fad and what’s actually changing the way media operates.

To address that distinction, Cision, a communications software company, recently conducted a survey of 346 journalists, bloggers, and influencers, and combined it with the data from its internal research team. The result was an epic report about the state of the media in 2016 that touched on everything from native advertising and networking on social media to the value of press releases.

Here are the most important findings.

1. Multimedia and mobile matter the most 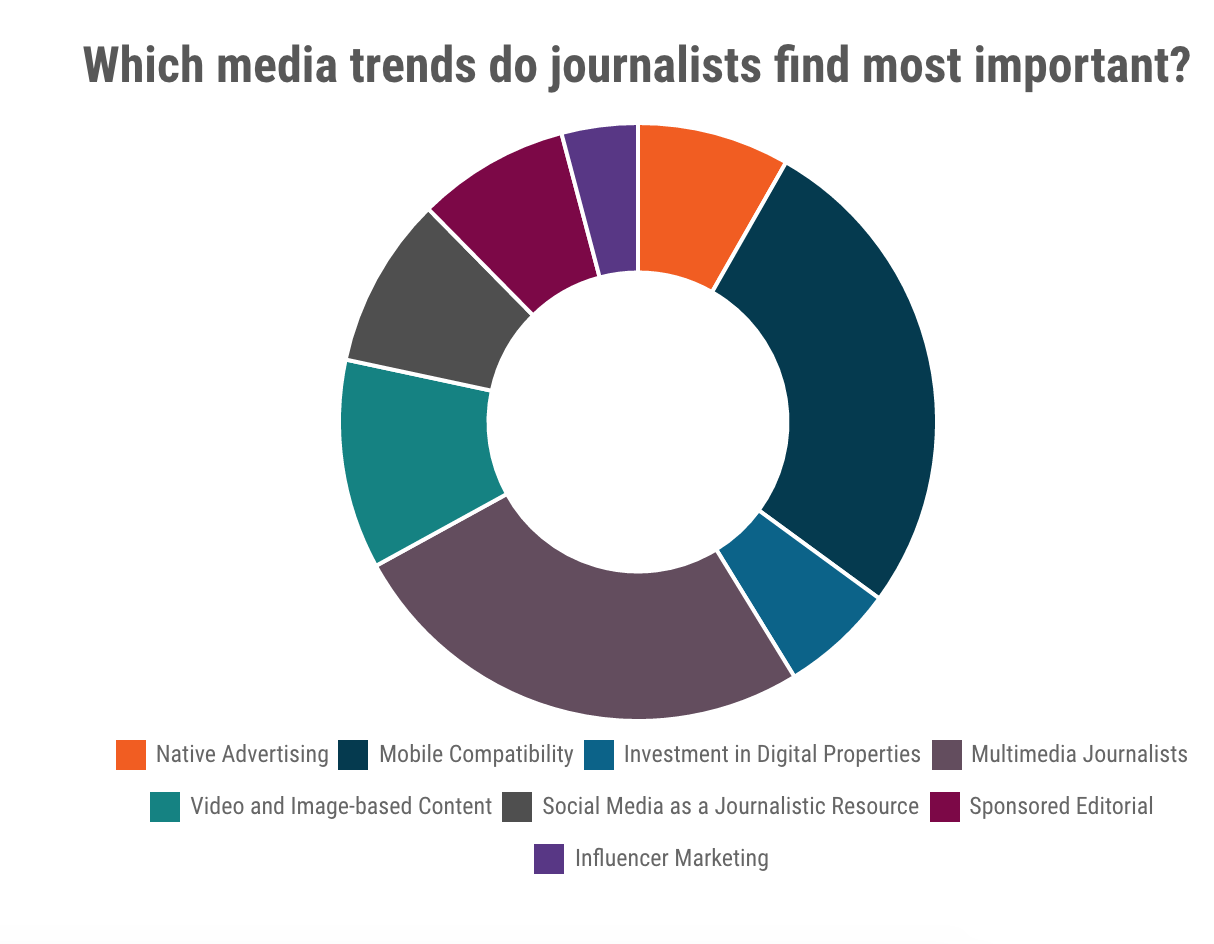 In the good old days, it was perfectly acceptable for a writer to publish an article that was just text and a hero image. But now reporters need some extra goodness in their work, whether it be original photography, GIFs, videos, or audio. So it follows that the multimedia journalist—who can report, write, and add a multimedia touch—has taken a central place in the publishing world.

Also important in this graph is the significance of mobile compatibility. The study reports that 92 percent of the web has, or is working on, a mobile-friendly website layout. As media buyers dump money into mobile advertising, that number will keep climbing to 100 percent.

2. Native advertising is falling out of favor 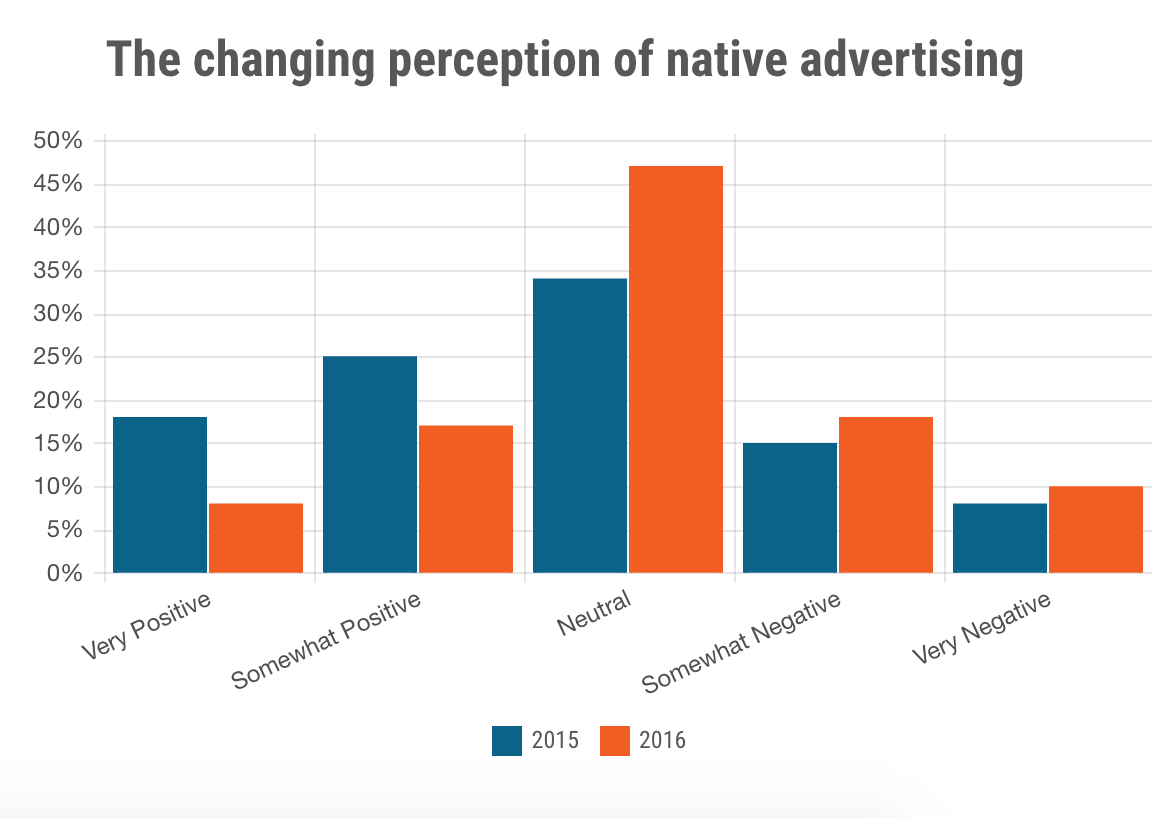 Native advertising fared relatively poorly among trends journalists find important. Perhaps that’s because its standing among the respondents of the study has fallen significantly.

Last year, 43 percent of respondents had somewhat or very positive views of native advertising. This year, that number fell to 24 percent. However, the study reports that those who work for digital media companies still felt positive about native ads, likely because they’re reliant on them to stay solvent. (BuzzFeed, for example, relies entirely on native advertising). As blogger Erin McGann said in the report, “Native advertising is an important revenue source for online media.” 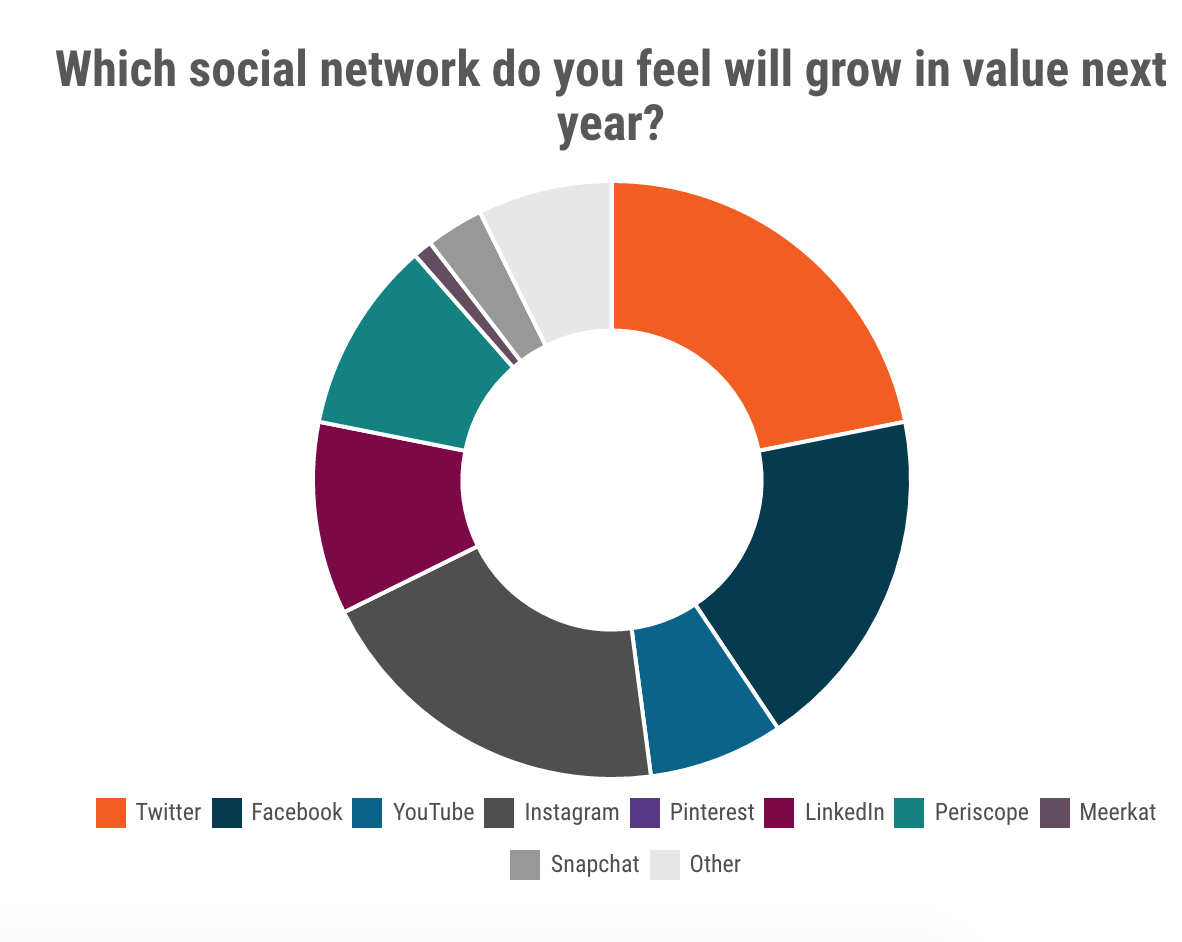 Although Twitter reported decreased revenue over the past year, the site is still the most valuable social media platform for 40 percent of survey respondents. In addition, 22 percent of respondents think that Twitter is the platform that’s most likely to increase in value to journalists over the next year. That finding is particularly interesting considering the fact that Twitter is losing customers and is now valued at much less than its 2013 highpoint of $40 billion.

4. Opinion on social media is split 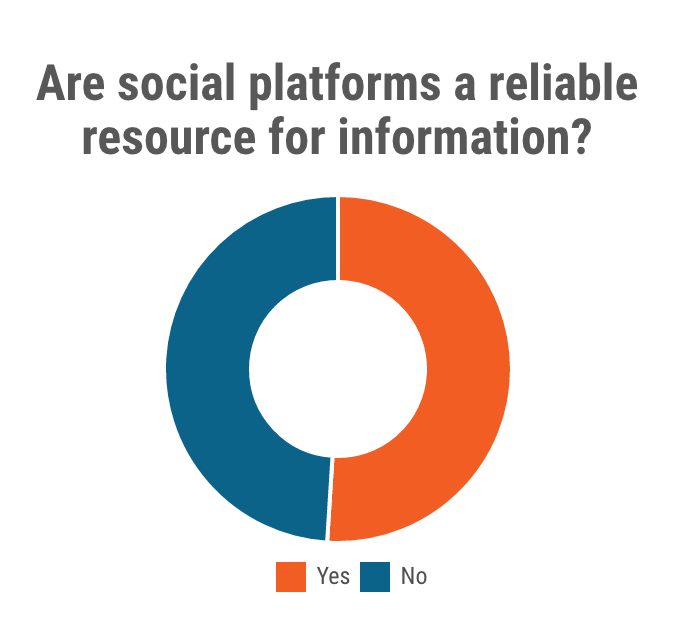 Only 51 percent of respondents claimed that social media is a reliable source of information. This means that the media is still eyeing social warily, even if they’re using it plenty.

The immediacy of social media may be the root of this skepticism. Some respondents expressed concern in the open-ended portion of the survey that social media makes people too eager to be the first to break a story, regardless of fact-checking. However, only 12 percent claimed they would rather be first instead of factually accurate.

Despite the common complaint that public relations employees send too many spammy press releases, press releases are still the most valuable PR resource among journalists, bloggers, and influencers. More than half of U.S. journalists said that they’re most likely to respond to a PR pitch that’s detailed. As long as a press release answers all of a journalist’s initial questions, it makes the reporter’s job far easier when it comes to actually writing the story.

6. Email is number one 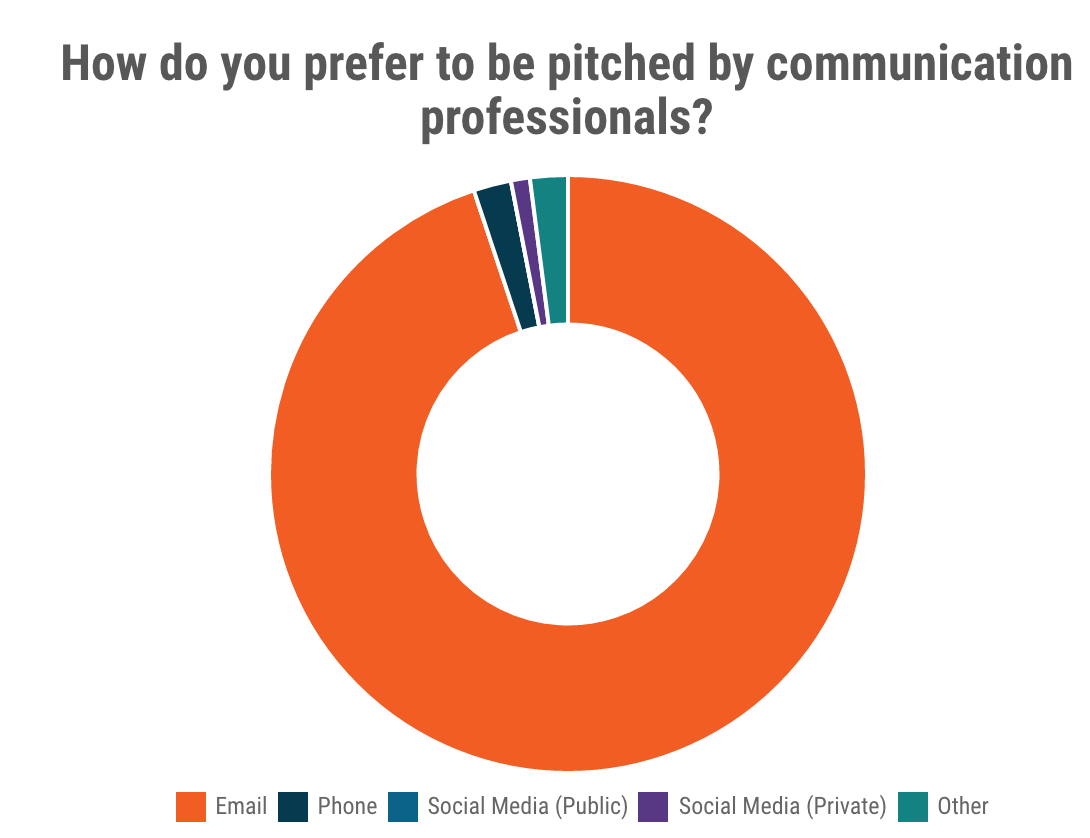 To the benefit of introverts everywhere, an overwhelming 93 percent of respondents said that they prefer to be pitched by email. Phone calls got a mere two percent, and social media only one percent. If you’re that person trying to get coverage by sending off LinkedIn message pitches, it’s time to stop.

The lesson here? Before you submit that next pitch, take the time to do a little more Googling. Media professionals may be good at responding over email and promoting a story, but 78 percent of reporters said that communication professionals struggle to tailor pitches. A vague PR email that applies to everyone will just end up in the trash.

Technology may make it easier for people to reach out to whomever they want over email, but you still have to put in the effort if you want your work to yield any results.