Every day, Snapchat gets 100 million visitors. That means more people will use the app today than the total populations of California, New York, and Texas combined.

One hundred million users is the kind of number that can seduce any marketer. But jumping onto the platform without a strategy or some boundaries is a sure-fire way to lose the respect of both your audience and your marketing team.

In order to connect with viewers, drive ROI, and—let’s be honest—have some fun, your first step should be to understand the platform’s best practices. Here are four examples of brands that have mastered Snapchat. 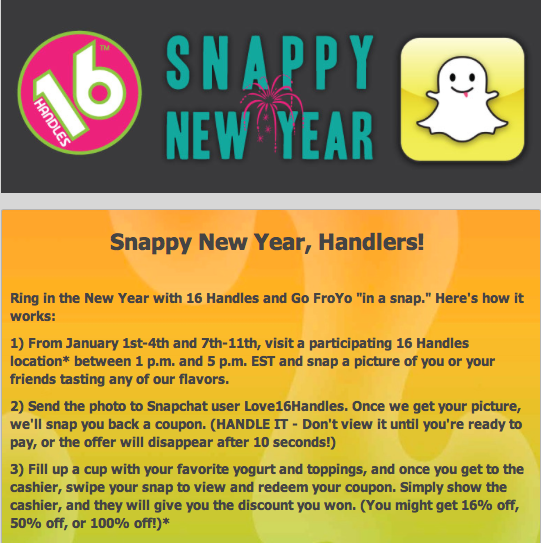 Back in 2013, 16 Handles, the New York City frozen yogurt chain, was one of the first brands to adopt Snapchat.

During the early days of Snapchat marketing, 16 Handles gave a discount to existing customers when they sent snaps of themselves eating the brand’s fro-yo. While the discount encouraged customers to return for more yogurt, 16 Handles community manager Adam Britten revealed that the most successful element of the campaign was earned media.

“One of our goals for this was exposure, so we [were] happy with the coverage this promo received in publications such as Ad Age and Mashable,” said Britten. “It’s nice to see a smaller brand like us being featured in these worldwide publications.”

Takeaway: In addition to being a great resource for engagement, innovative Snapchat campaigns can still generate earned media, especially since the platform is still in its nascent stages.

Influencers are plentiful on Snapchat and growing by the day. Selfie mogul Kim Kardashian even joined the platform last week.

Right now, Red Bull is one of the best brands capitalizing on this influencer network. In early 2015, the energy drink company gave the Canadian snowboarder and X Games champion Mark McMorris control of its Snapchat account to let users see inside his extreme sports lifestyle. McMorris’s Snapchat journey began with checking into a surf shop in San Diego in the morning and heading to the mountains of Big Bear later that afternoon.

The decision to pair with the athlete was on-brand for Red Bull, which prides itself on supporting an extreme lifestyle, and the content provided an unexpected source of entertainment for its user base. Involving McMorris in the campaign also helped Red Bull reach the athlete’s loyal fan base.

Takeaway: Snapchat is a very effective medium for influencer marketing. Just ask DJ Khaled. Tapping into an established following of a relevant influencer increases awareness and capitalizes on existing trust. And on such a personal platform, the content tends to be extremely entertaining. (Pun intended.)

During the 2015 Super Bowl, GrubHub used Snapchat to combine art and influence. The food delivery service paired images of drumsticks, illustrated by popular Snapchat artist Michael Platco, with facts about chicken wing consumption on Super Bowl Sunday. The Snap-fact art served as a memorable way to steal an audience away from TV commercials.

Takeaway: GrubHub is a healthy reminder of what can happen when you combine artistry with creative marketing. In addition to calling on an established creative, the campaign revealed how good graphics and art can make a brand stand out from all the other traditional video clips. 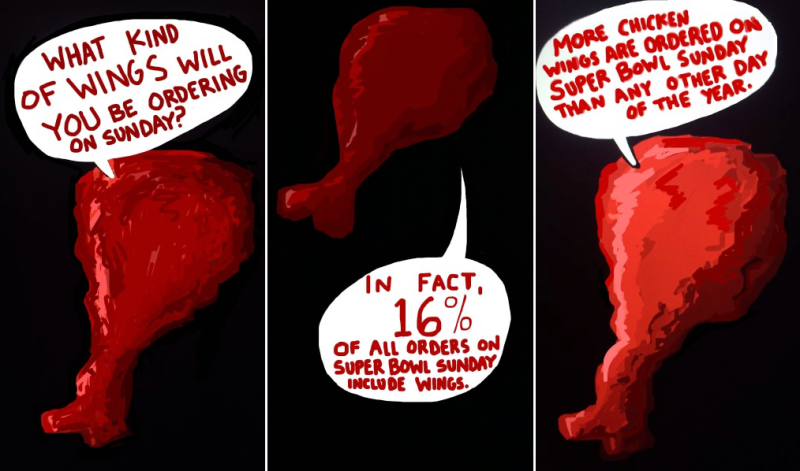 Last summer, Lilly Pulitzer, the apparel company known for its bright fabrics and patterned designs, worked with Snapchat to create branded picture overlays that allowed shoppers in Lilly Pulitzer stores to use custom geofilters with the brand’s signature patterns.

The initiative helped Lilly Pulitzer achieve wider brand recognition, and by only giving 31 stories access to the filters, also gave the campaign a sense of exclusivity.

Takeaway: It’s possible to create partnerships and campaigns that last longer than a 10-second snap or 24-hour story when brands collaborate directly with the ephemeral giant. Additionally, geofilters give marketers a relatively simple way to promote exposure and engagement in specific locations. 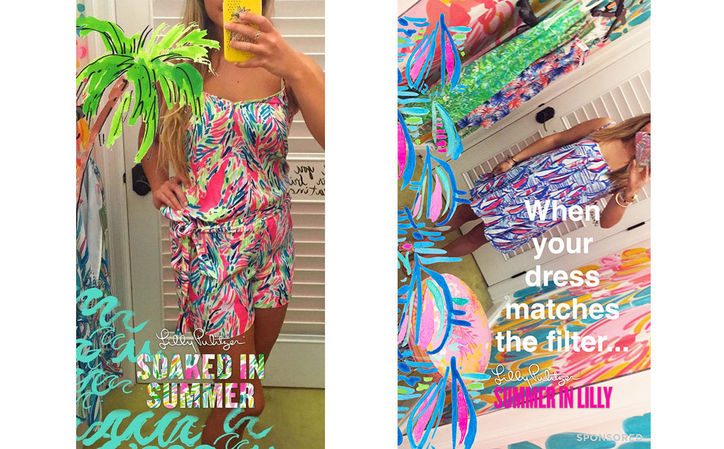 Brands are still discovering the best ways to use Snapchat to connect with audiences. But while the playfulness of the platform was once expected to clash with marketing needs, these four brands have given a glimpse into how powerful the platform can be. Just ask the 100 million people who use it every day.