Between the Super Bowl and the Oscars, February is a strange month where everyone suddenly cares about advertising. If you work in the industry, it’s kind of like being a mall Santa—the rest of the year, everyone just makes fun of your job, but for one month, you are a god.

With that in mind, I’m staying away from all the major Super Bowl and Oscars ad campaigns[note]Sorry, Erlich.[/note] that have been covered more than Donald Drumpf. With that in mind, let’s get to this month’s picks: 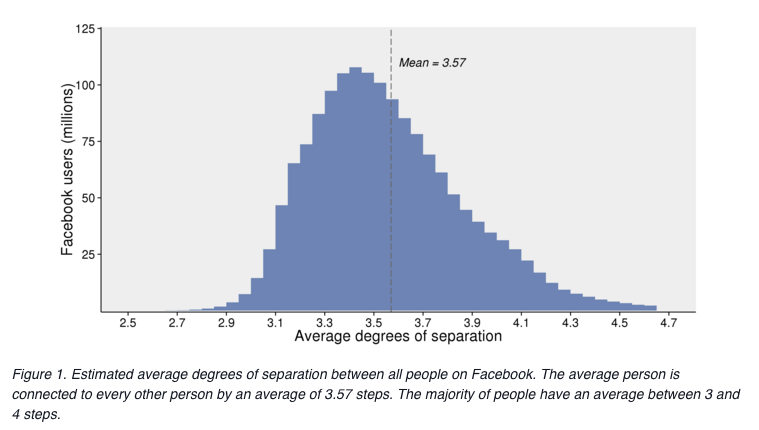 Facebook is in the process of eating the entire media world, but it’s also scoring some wins with original research content. Last year, Facebook released fascinating reports on topics like LGBT culture and how people laugh online. In February, the research team came out with “Three and a half degrees of separation,” which revealed the surprising level of connectedness of all 1.59 billion people on Facebook.

I know what you’re thinking: It’s a crime that this post wasn’t titled “Three and a half degrees of Kevin Bacon.” Someone should probably be fired—or, at the very least, have snack privileges taken away for a week. Nonetheless, it’s a great example of a brand using internal data to tell a story.

Bernie Sanders: “It’s Not Over”

Political preferences aside, this is one of the most powerful campaign ads I’ve ever seen. Activist Erica Garner—daughter of Eric Garner, who was tragically killed by police on video in July 2014—tells the story of her fight for justice and why she’s endorsing Sanders.

The ad had a big impact, earning press from just about every major news outlet. If Bernie beats all odds and keeps it close with Hillary Clinton on Super Tuesday, this ad could be a big reason why.

I’m pleased to introduce a video series that will, as New York magazine put it, spark “that weird moment when you finally cave into cheesy viral marketing.” In the lead up to the Super Bowl, Pantene released a series of five videos featuring NFL players doing their daughter’s hair. (With Pantene products, of course.) Their banter is heartwarming whether you like football or not—but if you are a fan, it’s pretty awesome to see this side of players. I’ll even forgive the video’s awkward attempts at sports analogies, which sound like something Liz Lemon would say when pretending to talk football. 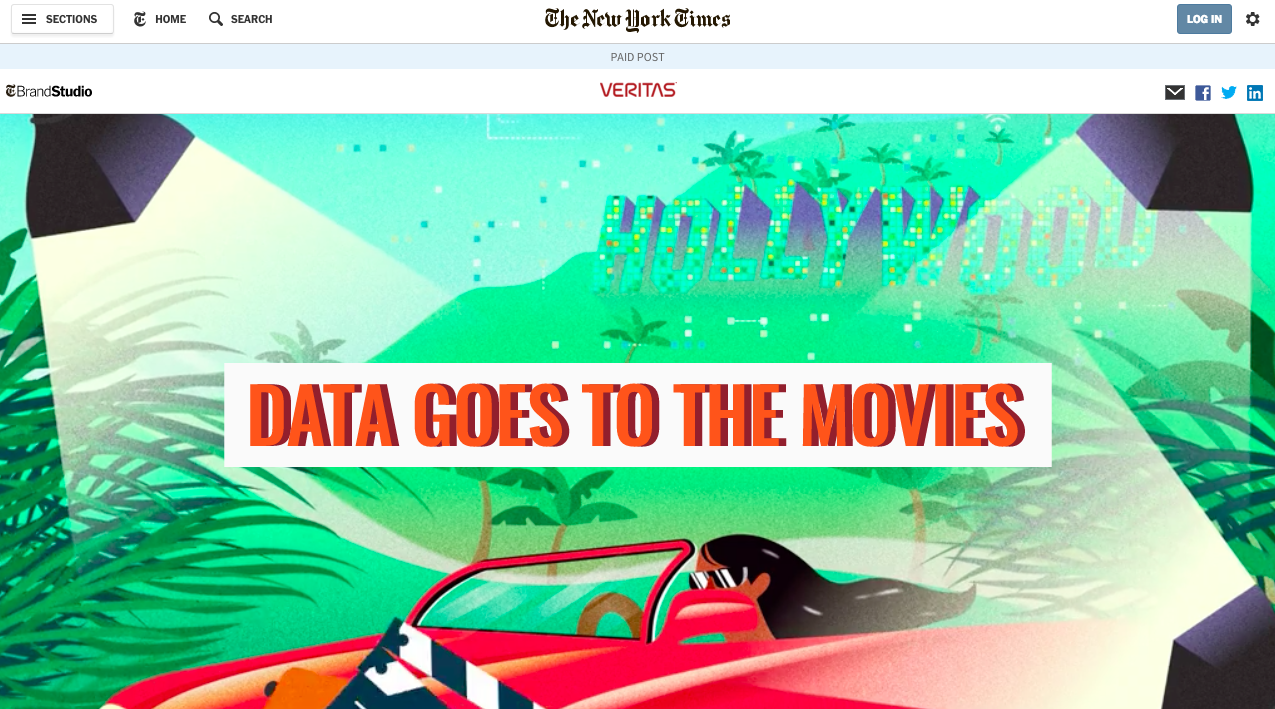 The Times‘s T Brand Studio lived up to its stellar reputation with this interactive longform essay—paid for by big-data company Veritas—on the role predictive analytics plays in Hollywood,

This piece, surely, was very, very expensive, and begs the question: Given their considerable resources, why can’t all brands pull this kind of thing off themselves? Hell, they don’t even need the resources: The Atavist will let you create your own “Snow Fall”-style story for about $50 per month.

JetBlue: “Reach Across the Aisle”

With the Super Bowl and Oscars over, we’ve officially entered “election-jacking” advertising season. This is bad news. Bud Light’s fake political party is pretty much the worst frat prank ever. However, we do have a shimmer of hope: JetBlue’s “Reach Across the Aisle” video.

JetBlue gave a group of passengers a chance to win a free round trip ticket anywhere on earth if they could all “reach across the aisle” (GET IT?!) and agree on the same destination. Sure, the whole concept is little corny, but the social experiment angle makes for an intriguing piece of content. 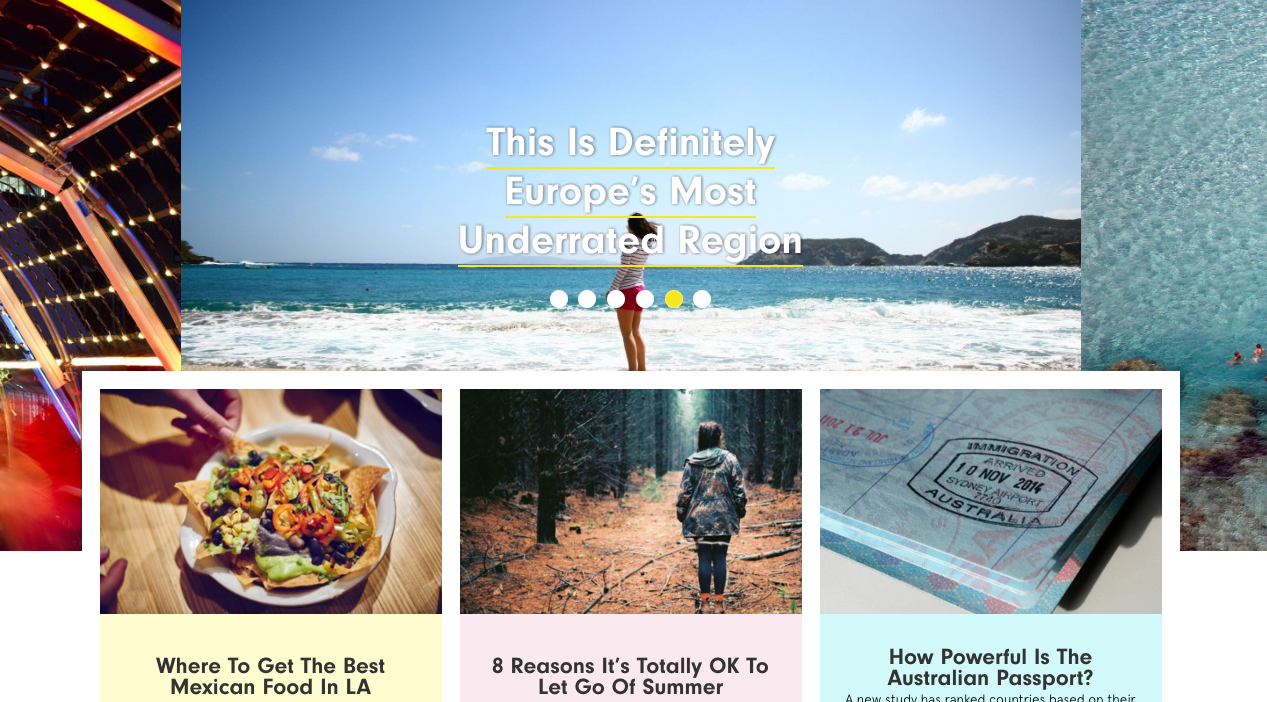 Quietly, Australian airline Qantas has built one of the most successful upstart brand magazines out there.

Created in partnership with Junkee Media last year, AWOL—run by a four-person editorial team—receives over 250,000 readers and 2 million visits each month, according to Digiday. One post, “Science Says It’s Totally Ok to Spend Your Money on Travel,” has been shared over 335,000 times. The site is designed to appeal to Aussie millennials, and with posts like “You Can Sleep in a Huge Beer Can at This Music Festival,” it does a pretty good job.

Impressively, the site even runs native campaigns for advertisers like Patagonia. My only criticism would be for Qantas to clearly label that it’s funding the site. Right now, there’s just a small disclosure in the footer. Not only would the change be more ethical, it would also lead to a bigger brand lift on the site.

Like a playground bully, I want to make you cry at least once while reading this column. As Carly Miller wrote for The Content Strategist last week, Kleenex’s new video hits “all the right points on the emotional scale.” I’m not going to ruin it for you. Just watch it and consider the key lesson: Branded storytelling is so much more powerful when it focuses on what the humans inside a company care about, not what they sell.

Think I missed anything? Have suggestions for next month’s roundup? Whether it’s targeted at bros, B2B, or B2B bros, holler at me @joelazauskas on Twitter or email lazer@contently.com.