(Full disclosure: I drafted Rob Gronkowski on my fantasy team this year.)

Most professional athletes aren’t famous enough to get major endorsement deals. Those that do typically just appear in 30-second commercials and sweat Gatorade or talk to Papa John. But New England Patriots tight end Rob Gronkowski, the transcendent bro that he is, has moved beyond that to become a content marketing stud.

He stars in Nike’s new two-minute video, Snow Day; steals the show in Madden: The Movie; and this summer, he published an autobiography titled It’s Good to Be Gronk. While promoting the book, he even told The New Yorker, “Yeah, no one can stay up with us. We party-rock too hard.” 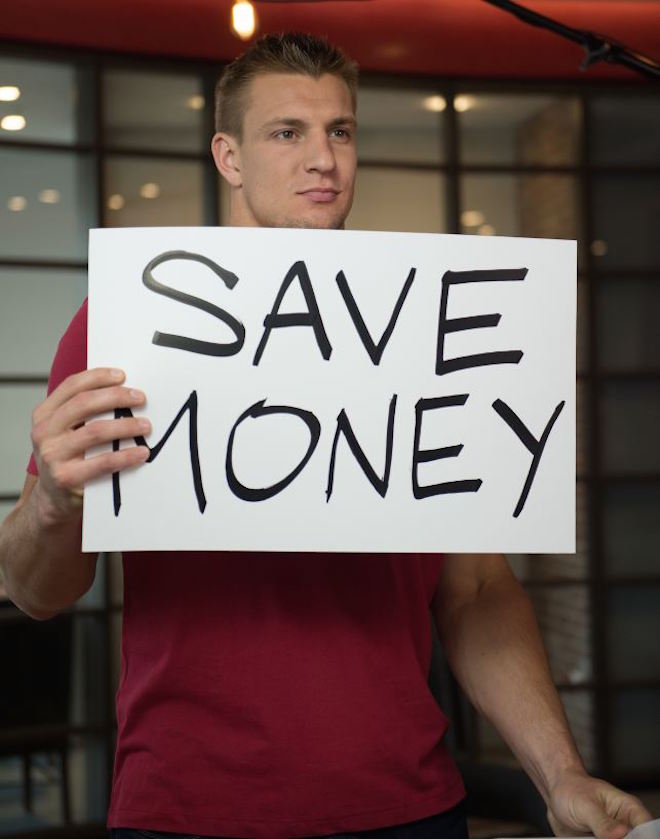 Incredible. To be clear, Gronkonomics isn’t a spoof or a parody, and that’s what makes it so intriguing. Despite his goofy, fratty reputation, Gronk has been financially savvy since he turned pro. He’s on record saying he has yet to spend any of his NFL contract.[note]He’s in the middle of a six-year deal that will pay him a total of $54 million.[/note] Instead, he simply relies on his marketing income, which makes sense since he really only needs to buy grilled chicken, whey protein, and gas for his legendary spring break party bus. Capital One took advantage of this little-known insight, getting him to offer financial advice to consumers about things like sub-savings accounts and emergency savings funds.

The main lesson here for marketers who partner with celebrity endorsers is to create campaigns with a unique and honest angle that stays true to a brand’s identity. Finding that sweet spot can be difficult, but when it works—as it does here—people will want to pay attention. If Gronk bought a new neon Hummer (or party bus) every week and burned through his contract, people would just shrug the campaign off with a laugh.

Everything he does is funny, but it’s not a joke, and brands are taking full advantage of that. Adam Smith, John Maynard Keynes, Milton Friedman… Rob Gronkowski. Why the hell not?