When researching this month’s best branded content, I realized it’s now been over five years since Isiah Mustafah came into our lives and rocked the marketing world.

Today, Old Spice’s “The Man Your Man Could Smell Like” campaign would be considered clever and effective, but it’s easy to forget how revolutionary it was back in 2010, revealing the power of the social web to a generation of young marketers and media creators.

A quick refresher: Old Spice released the above commercial in February 2010, and people immediately loved it. The traditional game plan would have been to just follow up with more spots like it, a la Dos Equis’ long-running “The Most Interesting Man in the World” concept. But Wieden+Kennedy, which created the project, took a different route. Instead, W+K decided to have actor Isiah Mustafah respond to social media comments about the Old Spice Man, sometimes within minutes of them being posted. With a small team of only three writers and one director, they first focused on responding to influencers like Ellen Degeneres and Perez Hilton to generate buzz; then they moved onto everyday users. Over 60 hours, they made 186 video responses.

It was insanely ambitious and insanely popular. As detailed in this excellent case study, there was no blueprint for the campaign at the time; the creative team wasn’t even really sure how or if it would work. But Old Spice put clear guidelines in place that allowed W+K to work quickly, and the result was an Internet sensation—viewed hundreds of millions of times in total—that helped people reimagine what advertising could be.

I reminisce for a couple of reasons. First, Isiah Mustafah has made his glorious return over the past two months, battling with his replacement, Terry Crews, for olfactory supremacy in Old Spice’s new “Smellmittment” campaign. But mostly, I bring it up because you can see its legacy in so many contemporary content strategies. Which brings us to the first piece in our roundup of the best branded content of September…

Jet.com has been touted as the Amazon killer. While that might be a bit of hyperbole, the brand has done one hell of a job differentiating itself from its biggest competitor over the past few months.[Note]Especially since Amazon’s work culture can best be described as “white-collar Hunger Games.”[/note]

It started with Jet’s amazing product video in July, and continued on September 9, when the company shot and released 50 playful videos celebrating relatively mundane purchases, from tanning oil to a watch. The videos are entertaining, telling stories about the individual shoppers who made the purchases through whimsical touches like comedy troupes and double-dutch jumpers. The company’s entire value proposition is built on using its algorithm to score ridiculous deals, so hyping those customers just makes sense. Plus, it’s a great wrinkle to add to the company’s 12-month, $100 million ad blitz. 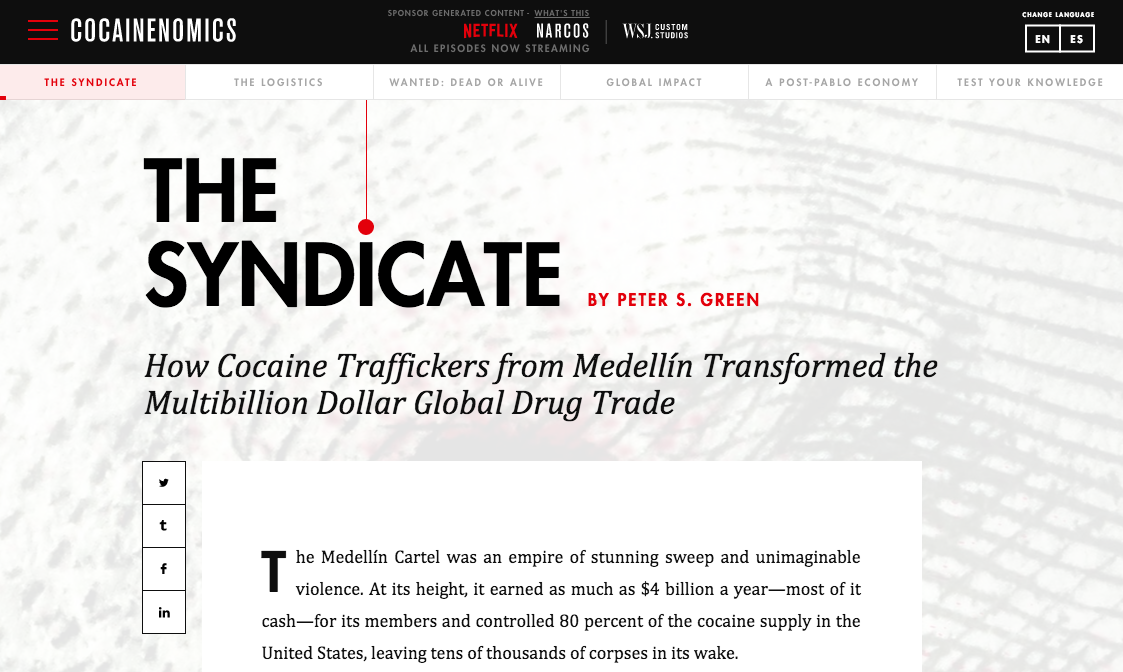 Native advertising has a lot of problems, but Netflix ain’t one. The streaming service made waves last summer when it released an impressive piece of storytelling with The New York Times‘s T Brand Studio on the grave issues inside women’s prisons to promote Orange Is the New Black. In September, Netflix managed to top that with a six-part interactive essay on the rise and fall of cocaine cartels as a way to promote its new show, Narcos. The impressive piece was written by award-winning journalist Peter S. Green and will soon be your new favorite example for what high-quality native advertising should look like. 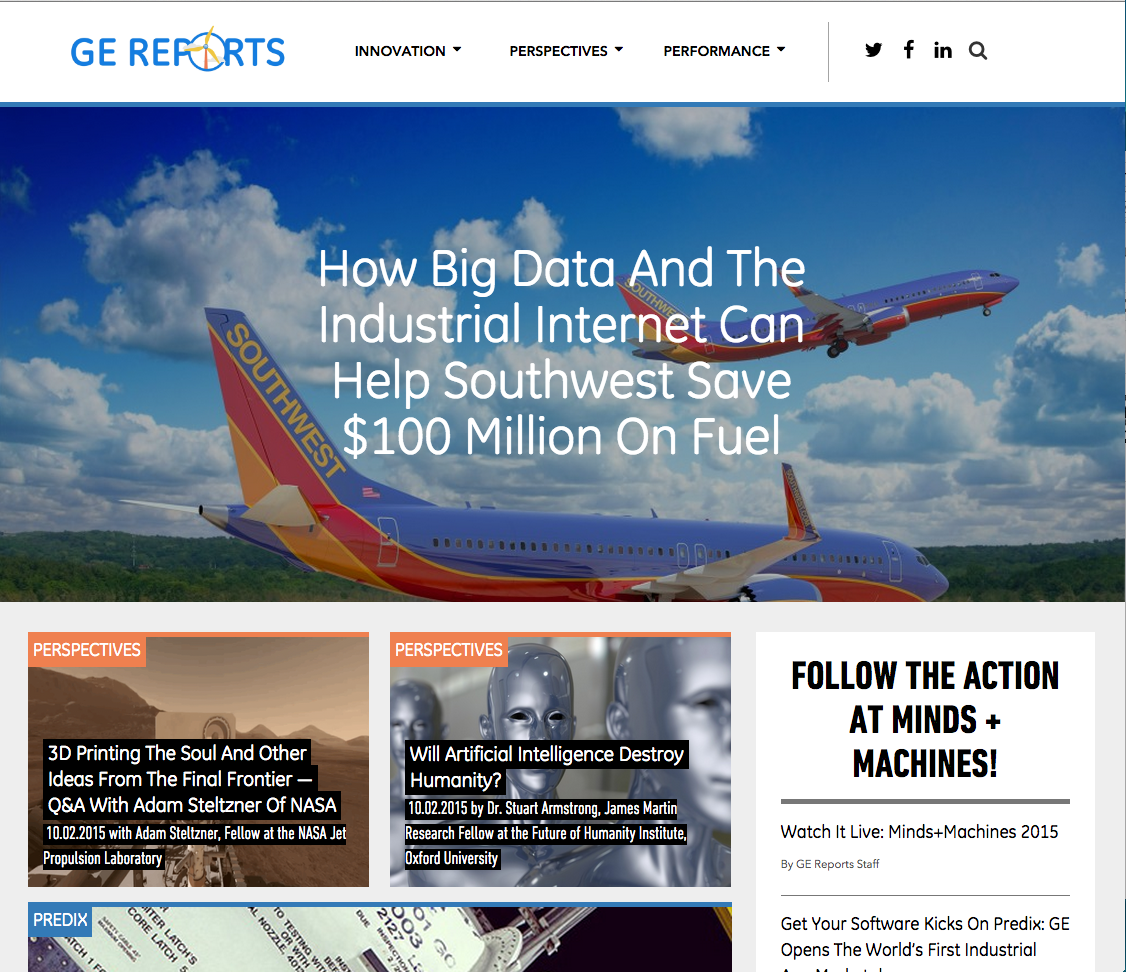 Readers of The Content Strategist know that we’re big fans of GE Reports, the online magazine run by former Forbes editor Tomas Kellner. The site does a great job of actually reporting on the fascinating and wide-ranging innovation happening within GE and the rest of the world. Recently, the site got a slick redesign and an uptick in content, posting multiple high-quality stories every day. This Friday’s content, for example, was a timely Q&A with a NASA engineer about Mars and an analysis of whether artificial intelligence will destroy humanity. 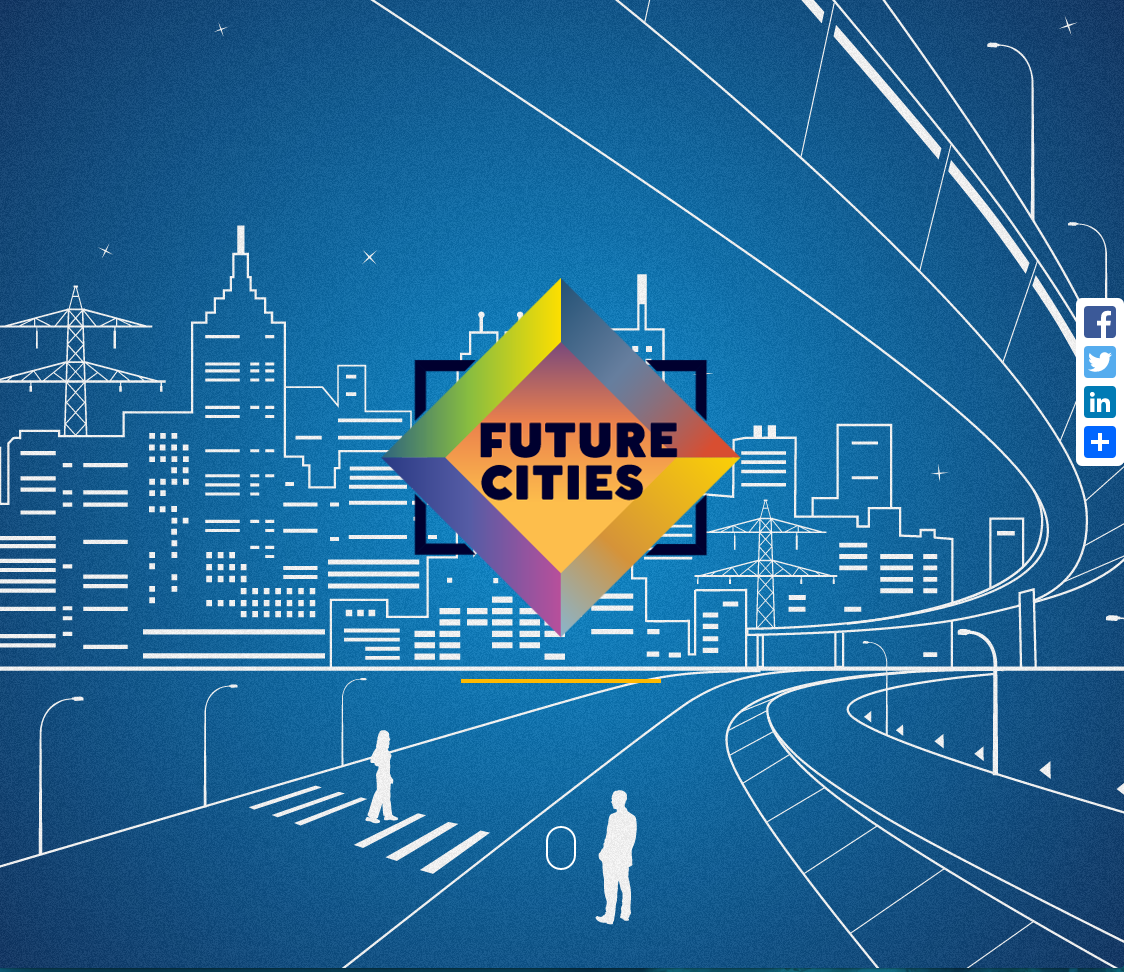 I’m not sure if this counts as two pieces or one since “Future Cities” is actually a native ad by MasterCard on the site of another brand, travel intelligence and marketing platform Skift. You know you’re damn good at content marketing when you’re selling native ads to other brands, and Skift deserves serious kudos here. The two companies collaborated on a series of guides about how cities from Taipei to Amsterdam are using smart technology, better transportation systems, and sustainable design to build the city of the future. According to Skift content strategist Matt Heidkamp, each city has seen at least 10,000 pageviews, with average time spent topping five minutes.

“Historically, branded/sponsored content in the travel business space has felt as if its consisted mostly of repurposed press releases,” Heidkamp wrote in an email. “Because of Future Cities, I think a lot of industry players are starting to see new possibilities for sponsored content.”

I’ve been lucky to try out a bunch of different virtual reality experiences this year between SXSW and events at Framestore, an incredible VR studio on our block in Soho. I’ve floated through the Interstellar spaceship, fell off Castle Black after being shot with flaming arrows, been transported from a Marriott hotel lobby to Hawaii, and luge-raced down a highway. The technology is still in its nascent stages, but it’s getting better, and I have little doubt that it’s going to be huge within the next three years.

It’s also a great space for brands to play in—particularly sport brands. After all, fans want to experience what it’s like to be their favorite athletes. In September, Gatorade got in on the action by creating a virtual reality experience with Washington Nationals star Bryce Harper.

“What we wanted to do is place you inside of his body and give viewers a sense of presence,” explained the video’s director, Rama Allen, in the detailed behind-the-scenes video above. “Find a way to place yourself in the mind of Bryce Harper.”

To do that, Gatorade mapped both Harper and a number of pitchers to recreate the experience of facing 90-mph fastballs at the plate. Nike did something similar this summer, creating a virtual reality experience that put people in the body of soccer star Neymar. Once VR gloves that give you a full-body experience hit the market, expect to see campaigns like this on a regular basis. 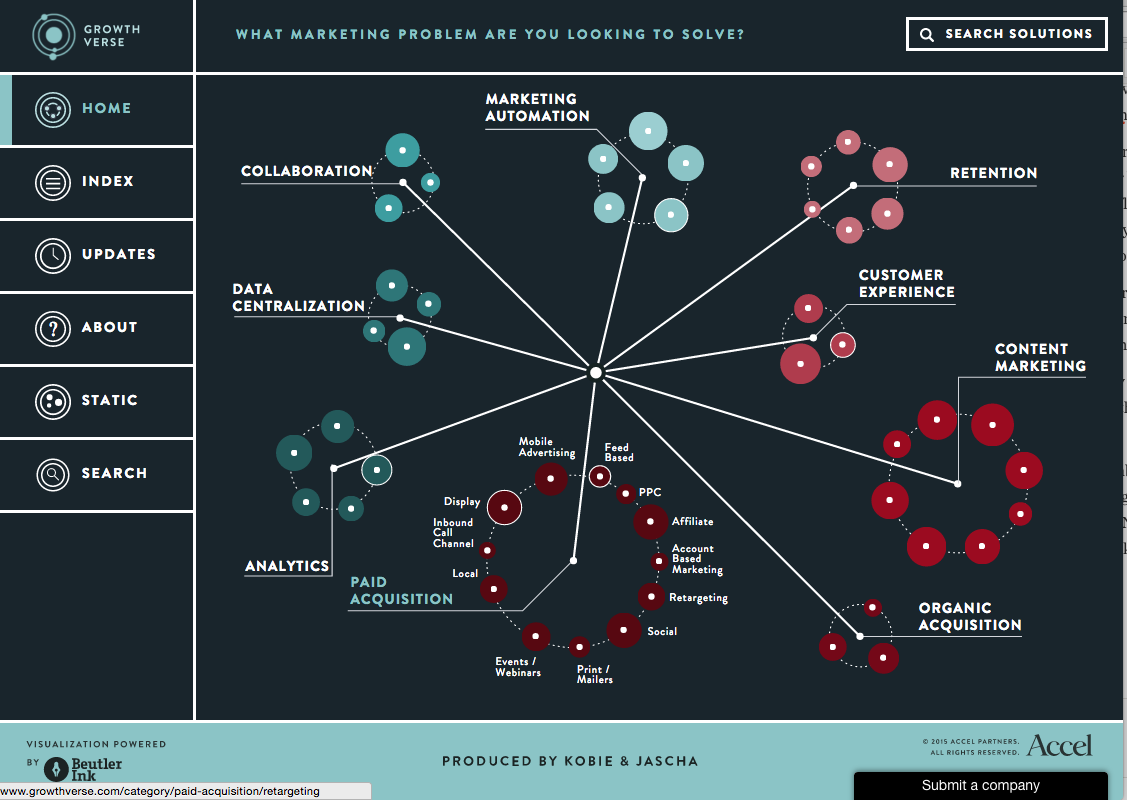 If you’ve ever tried to digest Scott Brinker’s impressive martech lumascape, you know that it’s downright impossible. I work for a martech company and commonly cover marketing technology, and I still get dizzy if I look at it for more than five minutes.

That’s why I have to give some love to Kobie Fuller, a partner at VC firm Accel Partners, and Jascha Kaykas-Wolff, chief marketing officer at the Mozilla Foundation, for attempting to make our crazy industry decipherable with an interactive guide to the martech universe. They interviewed hundreds of CMOs to get a sense of what people are using; whittled Brinker’s original list of 2,000 companies down to 600; categorized them; and provided key information about funding, social followings, and clients. (Whew. I’m exhausted just writing that.)

The guide isn’t perfect—for example, we’ve never worked with the companies the guide lists as Contently clients—but the duo deserves tons of kudos for making sense of the wild, wild west of marketing technology. And by backing the venture, Accel Partners is earning a ton of good will—from VCs, startups, and everyone in between.

Now when you need to retarget that webinar to a hyperlocal audience to improve your customer experience, you’ll have another option if you don’t want to Google into the great abyss.

Think I missed anything? Have suggestions for next month’s roundup? Whether it’s targeted at bros, B2B, or B2B bros, holler at me @joelazauskas on Twitter or lazer@contently.com.