Content marketing can do a lot of things. It can build a brand identity. It can inform and entertain. It can attract a loyal following. But can it save thousands of dogs from euthanasia?

Austin Pets Alive! is proof that it can. Since it was established in 2008, APA! has generated thousands of pieces of content, largely created by a team of volunteers (including me). That content had a lot to do with Austin going from euthanizing about half of its stray dogs to becoming the country’s largest “no-kill” city. “No-kill” means at least 90 percent of strays are not euthanized.

At any one time, APA! has around 100 volunteers creating blog posts, writing doggy or kitty bios and producing videos starring pets in need of homes. They also contribute niche content like how-to guides for no-kill advocates and adopter resource information for new pet parents. They even make infographics, all in the name of connecting potential pet adopters with animals in need. 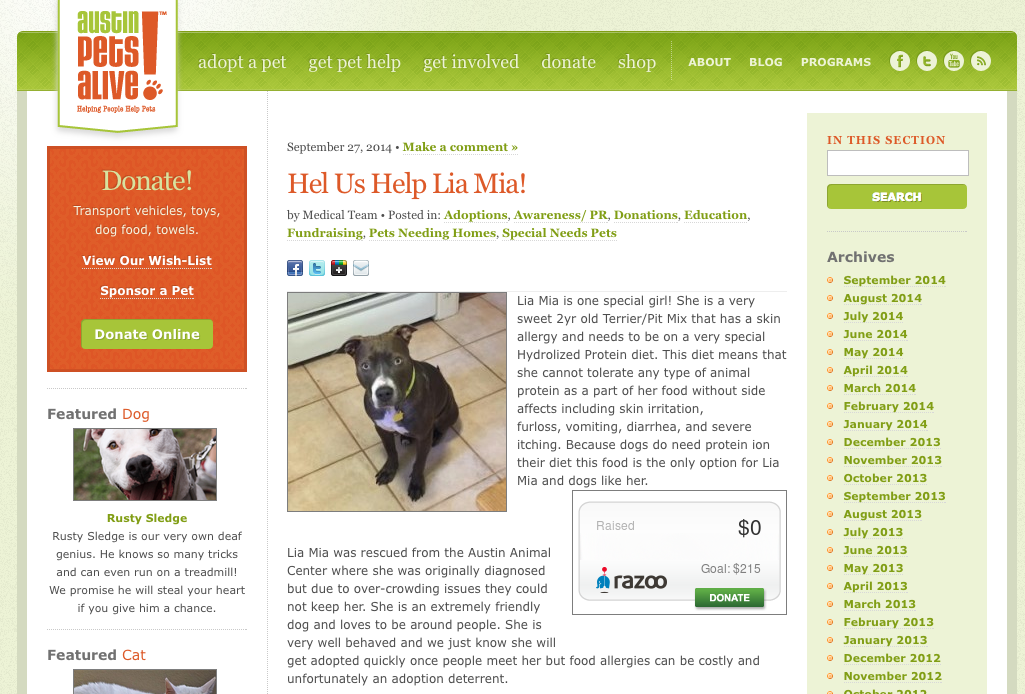 APA! holds orientations every two weeks at their facility in downtown Austin and upward of 100 people show up each time. Not all of them are content creators, but Austin offers enough civic-minded talented professionals to make APA!’s content marketing strategy effective.

“It makes a huge difference in our ability to maintain the day-to-day when we have enough folks eager to help with things like writing blog content, managing our Twitter, taking photos, shooting videos, et cetera,” said Reid.

Samantha Pollard, herself a volunteer, is the doggy bio coordinator responsible for posting information about the hundreds of dogs APA! places in homes every year. Adoption fees represent 20 percent of the organization’s revenues. Pollard’s job is critical for an organization that doesn’t get any government funding besides occupying a city-owned building. 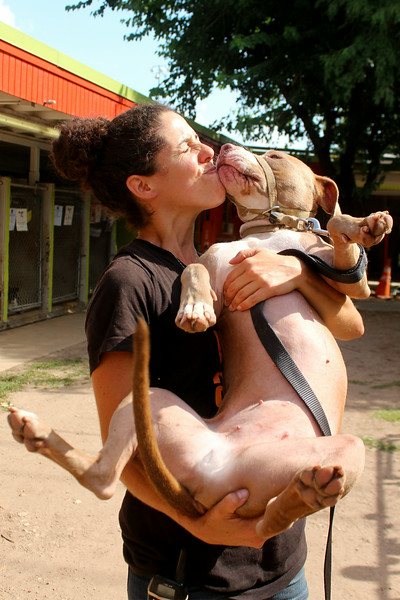 “For every dog that is adopted there is literally another one waiting to take its place in the shelter,” she said. “That means we need 10 to 20 bios written every week.”

It costs APA! about 3 million dollars a year to operate. Adrienne Longenecker, APA!’s certified fundraising executive, sounds like the CMO from the private sector when she explains the importance of volunteer-generated content.

“Telling a story leads to a positive brand experience, and that ultimately helps the resource center, whether its through folks adopting or donations,” said Longenecker.

APA!’s website gets about 2,600 visitors per day and visitors average six pages per visit. That is a sign that people find the content useful, but also once again proves that the internet can’t get enough dog and cat-related content.

Almost every piece of content on APA!’s website includes a call for a donation. No matter what page you visit, there is very likely an easy-to-see button that will allow you to give a buck or two to the cause. Longnecker explained that is a key component of APA!’s content strategy.

“It takes about $3 million for us to keep the doors open, and we raised about $3 million last year,” she said. “Whether it’s through donating directly to APA! or helping to support an individual dog, our content drives those donations.”

Like content creators at a savvy, APA! has learned that you don’t need to invest a lot of money on production to create effective video content.

“What we’re finding is that any quality of video works. It doesn’t have to be high-quality video,” she said. “It can be something someone shot on their phone, and when we put that link up on the bio or a Facebook post, people just get excited about those as they do for our very high-quality, professionally developed videos.”

“Cast a wide net and offer lots of opportunities and room for creativity,” she said. “Narrow down skill sets and talent over time and provide more exciting opportunities as the volunteer grows to love your organization even more.”

APA! also takes a markedly more positive approach with its content than most shelters. You don’t leave their website with Sarah McLachlan’s “Angel” blasting on repeat in your head, making you think you need a Jack on the rocks just to cope. 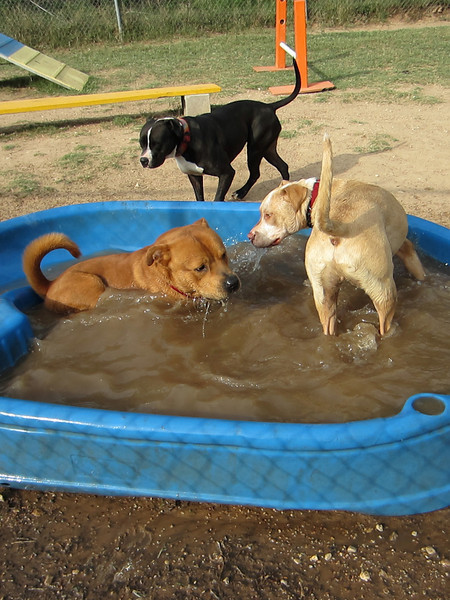 “A potential adopter can see in a photo that a dog is cute, but a good bio will tell an adopter about the dog’s personality and help the adopter imagine the dog as a part of the family,” said Pollard.

APA!’s experience reinforces the fact that if you churn out enough good content, every once in a while you hit a home run. All it took was a photo of the Red Headed Stranger wearing an APA! shirt for the nonprofit to get the community support it needed to score its current digs.

“Interestingly, something that got a lot of attention was a simple photo of Willie Nelson wearing an APA! shirt,” said Reid. “Just that simple picture earned us dozens of media hits and interviews to help us on our way to staying in the heart of Austin.”