Under Armour is at it again, with Thursday’s release of the latest installment in their “I Will What I Want” campaign. Only this time, it’s not Olympic athletes or ballerinas at the center.

Supermodel Gisele Bündchen flaunts her rock-hard abs and fierce roundhouse in a video that amassed more than 1.1 million YouTube views and headlines from the likes of TIME, ABC, and the Los Angeles Times in the first four days alone.

But it’s not just about the video, in which Bündchen tears into a punching bag as tweets like “Stick to modeling, sweetie” and “She’s nothing special at all” project onto the gym walls behind her.

Under Armour has created a whole microsite around the Brazilian icon. It’s pretty stunning. 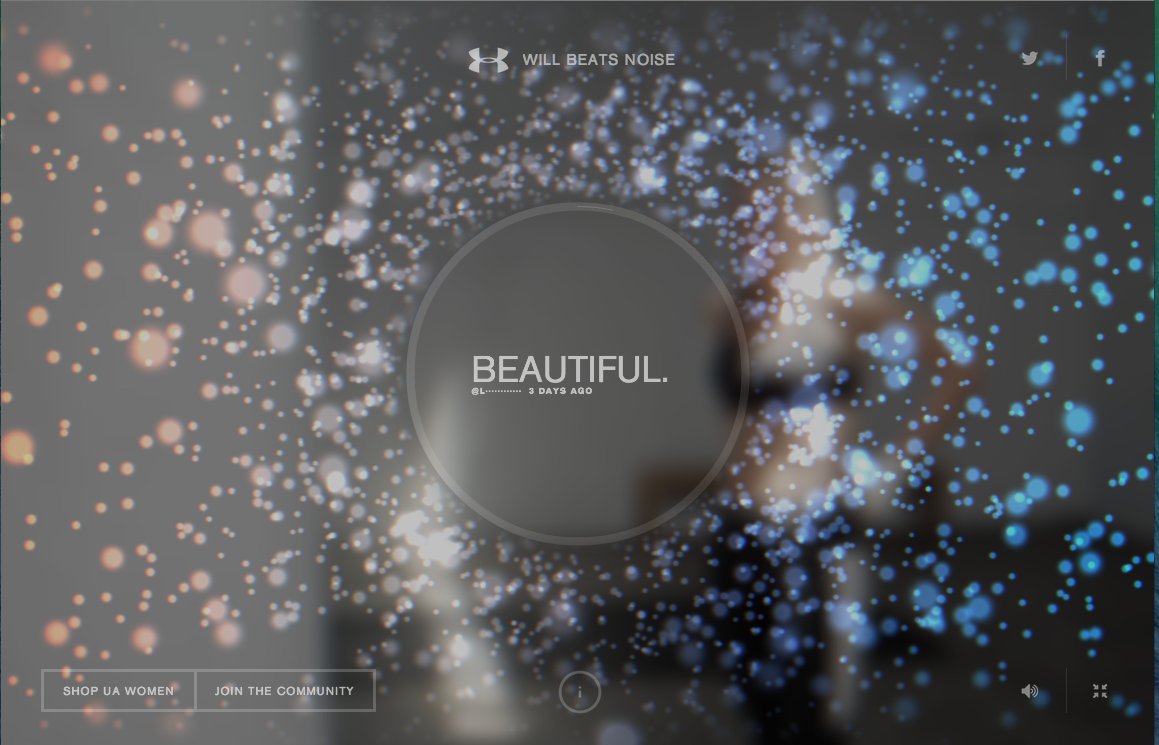 Users can scroll across the screen to see what people are saying about Bündchen in real time and watch Bündchen sweat it out on the rings, in a plank, and with a staff in hand.

“This incredibly inspirational initiative serves as a powerful reminder of all the amazing things women can do despite the pressures and criticisms we may encounter,” Bündchen said in a statement regarding her involvement. “Having the strength to tune out negativity and remain focused on what I want gives me the will and confidence to achieve my goals.”

Long associated with burly football players, Under Armour is now elbowing their way into a market dominated by the likes of Lululemon, Nike, and Gap’s Athleta. To do so, they’re jumping on the female empowerment bandwagon helmed byDove and occupied by Verizon, Pantene, American Eagle, and Always.

In the first installment of the $15 million campaign, the largest to target women in the company’s history, ballerina Misty Copeland showcases her inner and outer strength on the dance floor.

“Dear candidate,” the video, published on July 30, begins. “Thank you for your application to our ballet academy. Unfortunately, you have not been accepted.”

It’s Copeland reading a rejection letter she received at age 13. “You lack the right feet, Achilles’ tendons, turn-out, torso length, and bust,” the narrative continues. As she names each body part, the camera pans over her sculpted frame. Her calf muscles bulge as she stands on tip-toe in her slippered feet. And then the music picks up. Copeland, the third African-American female soloist in the entire history of the American Ballet Theater, lets loose, the Under Armour logo spinning in and out of view as she twists and turns in the spotlight.

Just over a month later, the video has more than 6 million views and is accompanied with profiles of other female legends, including Lindsey Vonn, on the Under Armour website.

The brand isn’t merely looking to boost self-esteem, though. By tagging the clothing the women wear and thereby making the images shoppable, the company is able to circle the campaign back to the real goal—selling sports apparel—without feeling overbearing or insincere.