Great content marketing is like an excellent sandwich: a mix of ingredients that pleases the palate while also delivering substance. Subway’s “Summer with Cimorelli” web series does just that by layering owned and earned media over a solid content marketing and distribution strategy that’s pleasing fans and keeping them coming back for more.

Subway already has a solid branded web series hit with The 4 to 9ers, a three-year-old web series aimed at high schoolers and produced by Content & Co, a brand studio that applies a Hollywood touch to branded content. Three years later, the two teamed up again to entice tweens with a new web series, “Summer with Cimorelli.”

Cimorelli is a group of six singing sisters who grew a 2 million-strong YouTube subscriber base in just four years by posting their a cappella covers of hit pop songs. In 2010, they were signed to Universal Music’s Island label and earned a featured spot as iTunes Artist of the Week.

For their big branded entertainment adventure with Subway, the Cimorelli sisters document their summer traveling, performing their hits, releasing new original tunes, and, of course, munching on Subway sandwiches, cookies, and drinks. The first two episodes have earned more than 1.4 million views on YouTube.

So, how are Subway and Content & Co going to make sure that their collaboration with the YouTube stars pays off?

“The way to make content work today is to have the brand, talent and distribution all lined up with the team objectives and all pushing together,” says Stuart McLean, founder and president of Content & Co. “Brands come to us with the same brief they’d give their normal agency. ‘Here are our consumer insights, marketing goals, and media goals.’ The end product, obviously, is a different form than brands are used to, whether a game, film, or digital series, but strategically, it’s sound.”

According to McLean, a smart distribution plan is crucial to ensure videos don’t languish on the brand’s dusty YouTube channel. Content & Co pitches its productions to distributors as programming first—not as advertising.

“If the distributor doesn’t think the quality of the work is there, it probably isn’t worth doing,” he says. This approach means that the content will be presented to fans in the same manner as non-branded videos—as a series worth watching based on its own merits.

For “Summer with Cimorelli,” Content & Co partnered with AwesomenessTV, a media company owned by DreamWorks Animation and aimed at a global teen audience, headed by Brian Robbins (Smallville, Varsity Blues, All That) and Joe Davola (In Living Color, Smallville, MTV Networks), and operator of a YouTube channel with 1.7 million subscribers. Subway will run advertising on the distributor’s channels, typically in the form of pre-roll ads, in addition to the branding present in the webisodes.

McLean wouldn’t divulge exact details of the relationship with AwesomenessTV, but noted that it involves complex deals that need to be worked out in advance of production. “These need to look like it’s … an Awesomeness Original Series, so that the distributors promote them like that. There’s a delicate balance between branded and entertainment. If you’ve tipped too heavily on brand side, consumers will see that, and it won’t work as [well].”

The advantage of a brand spending big bucks to develop its own web series instead of sponsoring something else is that it owns all the rights, so it can use it however it wants. “The value is all about repurposing to create the biggest audience and the most value from the program,” McLean says.

In this case, Subway didn’t have metrics tying the campaign to increased sales, according to McLean. It’s a straightforward branding effort—although it does note whether in-store sales are up while a web series is running. The brand also looks at social media activity as a proxy metric. 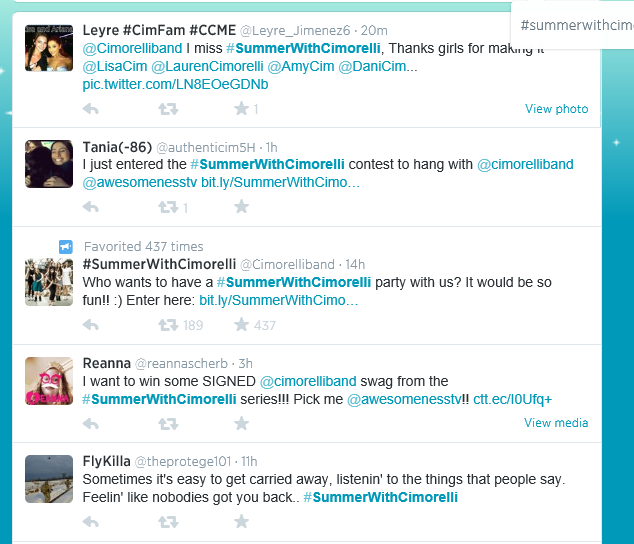 There’s definitely product placement: In the second segment, the sisters throw a party anchored by a pile of wrapped and unwrapped Subway subs. When questioned, one of them says, “We’re on a budget here. Subway is affordable, and you get your food just the way you want it.” Ohhhhh, yeah. That’s the most overt plug. Other instances include one of the girls’ heartthrobs working at Subway, and the girls frequently munching on the product, but there’s not even one placement per episode. Of course, the title sequence says, “Served fresh by Subway” at the end.

Like the best branded content initiatives, there’s a virtuous circle of owned and earned media that benefits both the singing group and Subway. The groups rising fame pays off directly in earned media, including reviews of the show. And there’s a halo effect for Subway in Cimorelli’s own marketing and PR. After all, the series is good marketing for them, so they promote all the videos via their website and social media accounts. There’s also an indirect benefit for Subway because fans looking for Cimorelli will inevitably find the sandwich giant. 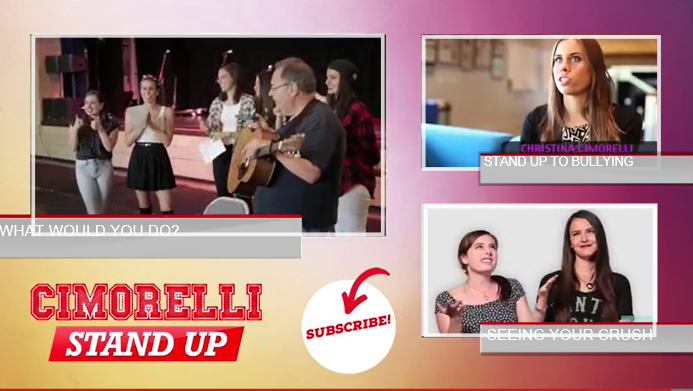 For example, the group has been active in anti-bullying campaigns, and while this work doesn’t directly mention the Subway sponsorship, it certainly makes it more likely their fans will find them on AwesomenessTV. In addition, thanks to the magic of YouTube recommendations, when you watch, for example, one of the anti-bullying videos, “Summer with Cimorelli” is prominently placed in the suggested videos that show up afterward. 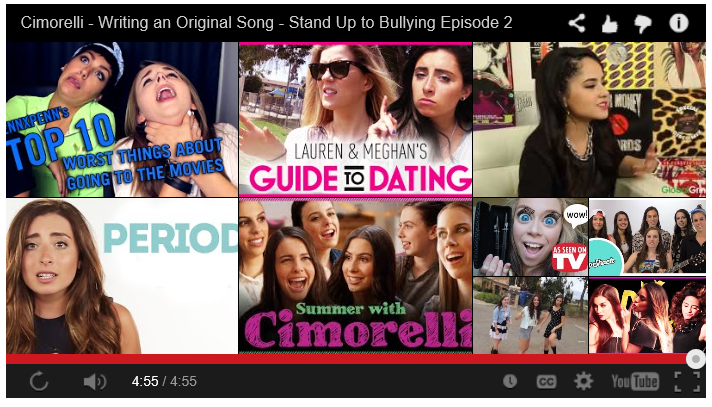 Subway will gain even more reflected glory now that Universal Music Group has signed Cimorelli as one of the first acts for its new Awesomeness Music label. If it’s summer and you’re looking for Cimorelli, you’re sure to find Subway, too.