Taboola and Yahoo! Japan Will Bring Native Ads to Asia in a Big Way

Native advertising has been one of the media world’s sexiest trends over the past two years, and there’s been rampant speculation about where it can go next. Video? Augmented reality? How about Japan?

This morning, Taboola announced a partnership with Yahoo Japan, which will bring content discovery to Japan’s largest internet company—one whose reported 51.9 billion pageviews per month trumps rivals like Google Japan.

Taboola’s technology, which offers ad placements at the end of articles on third-party publishers, will allow for content discovery between hundreds of publisher sites, but it’s hard not to see this as a boon for native advertising on a global scale. In the U.S., brand publishers have quickly become one of the most enthusiastic users of paid content discovery through platforms like Taboola and Outbrain, since they provide a cost-effective way to grow an audience. 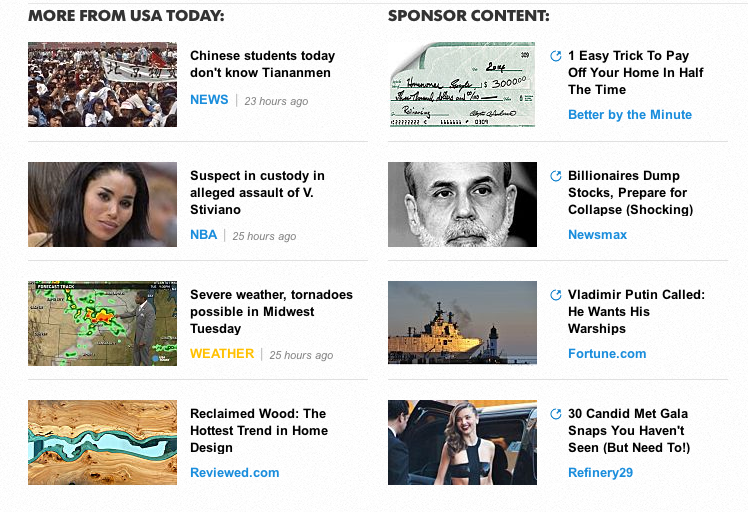 Internationally, however, native advertising and content marketing have been slow to catch on, though many in the industry still believe it’s only a matter of time before that happens. Taboola founder and CEO Adam Singolda believes his company’s partnership with Yahoo Japan has the power to serve as a tipping point and accelerate the adoption of native advertising not only in Japan, but Asia at large.

“To really scale native advertising, you need technology, education, and the weight to make it work,” Singolda said. “[Yahoo Japan] owns the market. It’s a huge thing for our industry.”

Once implemented, Taboola’s technology will be white-labeled, and the service will be named “Yahoo Content Discovery.” The deal also highlights how far the market for content has developed since the late-aughts, when promising companies like Taboola struggled to convince investors a lucrative and scalable business could be built around content. Over time, that outlook has changed drastically.