10 Crazy Ways MillerCoors Could Take Product Placement to the Next Level on The Americans, Fargo, and the Rest of FX

FX Networks just cast a new co-star. MillerCoors products will be making cameos in a handful of FX Networks shows after the beer company signed a three-year deal to be the official beer for the cable conglomerate.

The landmark agreement gives MillerCoors exclusive opportunities for program integrations and first-look deals for future shows on the 20th Century Fox-owned suite of networks, which includes FX, FXX, and FXM.

The news comes on the heels of Miller’s previous deals to have its beers featured in FX shows Rescue Me, It’s Always Sunny in Philadelphia, and Sons of Anarchy. MillerCoors even had a say in how they were placed in the shots and incorporated into the stories.

Now, with this three-year contract, all FX shows will basically exist in one Tarantino-like alternate universe in which all characters happen to love the same types of brews.

Elizabeth Jennings’s undercover attendance at those Alcoholics Anonymous meetings isn’t over just yet. She’s still chasing down precious data from that Northrop employee. What’s her beer of choice when she’s handed the conch shell? As a KGB sleeper agent, she’d be wise to come across as the least interesting woman in the world, with the “champagne of beers” as her weak spot.

Since this series is based on a Scandinavian TV show, the original characters might’ve been more keen to enjoy some Danish-native bitter brews at the end of a long day, but these overworked El Paso cops are all about the Miller Lite. Turns out their bar always has pitchers ready for happy hour—oh, except not. We mean bottles. Clearly labeled bottles.

Grifters and drifters getting into some shady business in Midwestern small towns? That’s a job for Wisconsin’s craft beer, Leinenkugel. Cheers, Billy Bob.

Premiering July 2014, get ready to see how people cope with vampires running rampant in New York City. And that totally creepy plane that landed with its doors shut and power out wasn’t the only sign of bad things to come. There was also a rarely bright Blue Moon shining that week, which each character seems to mention and contemplate every chance she gets.

The beers will have “a strong presence” on FX’s digital app, FXNOW, according to Deadline. Aside from banner ads and pop-ups, we’re not quite sure how that integration will be seamless — unless the circle that spins while you’re waiting for an episode to load will actually be a MillerCoors bottle. 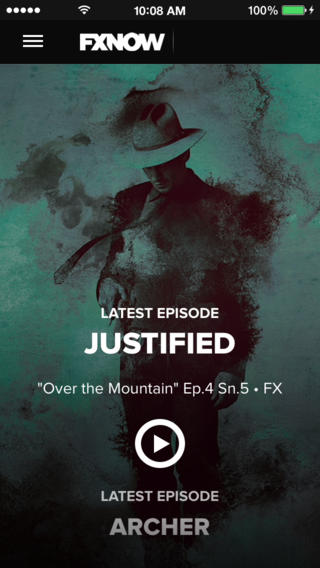 The MillerCoors social networks will also distribute behind-the-scenes footage from FX’s original series. That #ArtfullyCrafted hashtag campaign doesn’t just have to be for edibles and drinkables anymore. Shows can be #ArtfullyCrafted, too. Kill two selling points with one hashtag. Boom. You’re welcome. 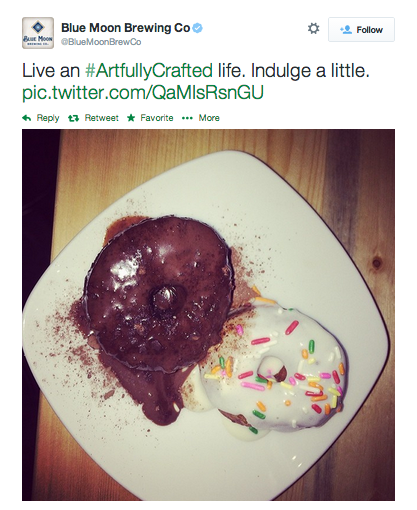 Give Sacha Baron Cohen a product to promote, and he’ll probably use it in the most inappropriate way possible. But MillerCoors just signed a three-year deal, so let’s live it up! In Ali G Rezurection, Cohen gives all-new, original introductions to old episodes of Da Ali G Show . Except now he’s chugging Miller64s in honor of a spicy 64-year old woman named Mrs. Miller whom he used to shag.

Dennis Leary’s firefighting protagonist returns to the small screen to deliver more cuss-filled rampages, only to rinse out his dirty mouth with some Coors Light. Dude may be troubled and hotheaded, but he knows well enough not to lug around a beer belly while saving kittens from fires.

You know when you’re watching your favorite movie on FX but the profanity gets dubbed with SFW words that pack much less of a punch? And you’re thinking, “What’s the point? Not only do I know this scene by heart, but I can clearly see that Lisbeth Salander is not saying ‘Damn you’ to the man who violated her.” Censor those lips by editing in MillerCoors bottles over their mouths!

Airing in 2017, Jessica Lange stars as Jem, an alcoholic schizophrenic who supports her party lifestyle by opening her own beer garden in New York with her wife, Steela, played by Sarah Paulson. When they get rich quick and attract a slew of eccentric and famous characters by exclusively serving MillerCoors brews, jealousy ensues.

Steela kills Jem to keep the fortune for herself. Then Jem comes back to life and kills Steela. This goes back and forth until Kathy Bates emerges as Lornie, a homeless woman who promises Steela and Jem the recipe for her secret brew, which made her a millionaire before her ex-husband took her for everything she had, including her unborn child. Lornie successfully creates the brew, develops an affair with both women, and then murders them in a psychotic rage.