Publishers relying on lazy metrics such as pageviews and likes need to take a page out of the professional sports playbook. Look at Moneyball, Michael Lewis’s bestseller that made baseball sabremetrics so relevant, it ended up being a Brad Pitt blockbuster. Now, every major sports team relies on advanced metrics instead of basic stats when trying to capture the value of a player. But not too long ago, sports analytics were stuck in the stone age until Oakland Athletics General Manager Billy Beane, played by Pitt, and a small group of mathematical mavericks transformed how everyone thought about baseball.

Why haven’t brands and publishers followed the model for their own metric revolution? We’ve reached a point where everyone knows the way we measure content is imperfect, but that’s often where the conversation ends. Just as Beane and others fought against old-school intellectual stagnation in baseball, a select squad of publishers are taking bold steps to completely overhaul how we think about publishing metrics.

If Michael Lewis ever writes a bestseller about brand publishing stats and experiments, Chartbeat CEO Tony Haile just might fill the Billy Beane role. His ability to identify areas of value when it comes to engagement is a key reason Chartbeat assists about 80% of major U.S. publishers including Gawker Media, TIME, and Forbes.

“It’s been the feeling that following metrics too closely is corruptive to good quality journalism,” Haile said in a Salon profile on Chartbeat. “I think if you’re following the wrong metrics that’s true.” But for those who are following the right metrics, like The New York Times and ESPN, Chartbeat’s influence has only helped publishers bring quality journalism to a more engaged audience. 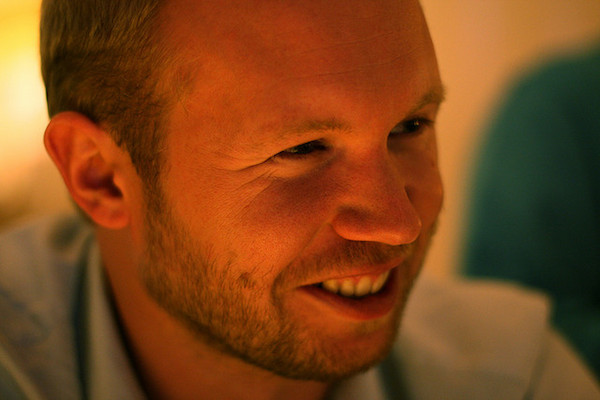 “Because pageviews and clicks are so binary, they can’t tell you if a reader finds content interesting,” said Lauryn Bennett, Head of Brand at Chartbeat. “Looking at how people are getting to the page and then trying to establish a loyal audience by tracking time spent gives a more complete picture of engagement.”

Chartbeat doesn’t operate with an editorial agenda, focusing instead on tracking real-time data that can tell publishers how many readers are on a site at a particular time and what articles they are reading. The Salon article questioned if Chartbeat could save journalism, but the company seems much more concerned with arming publishers with useful tools so they can choose how to save themselves.

When it comes to the social sphere, for example, Chartbeat found no connection between shares and how much people read an article. They’ve also determined when social traffic outperforms (3pm-1am) and underperforms (5am-12pm) overall traffic, and that 82% of visitors who come to a site from a social source only come once. This type of commitment to developing metrics is an incredibly valuable blueprint for other sites looking to improve engagement measurements. 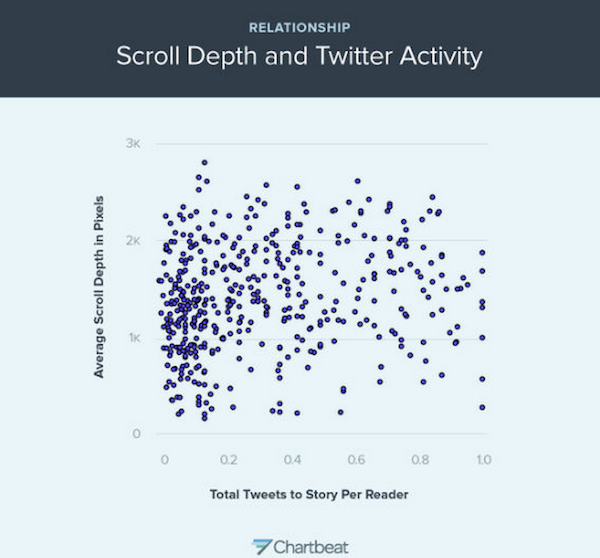 The clickbait champion won’t be winning Pulitzers any time soon, but Upworthy’s new “attention minutes” metric offers specific information about what users are doing once they get to the site by paying attention to mouse movement and open browser tabs. Additionally, Upworthy broke down data per visit across different referral sites like Facebook, Google, and Twitter, finding that Facebook drove the most engagement of the three at about 4.5 attention minutes per visit. 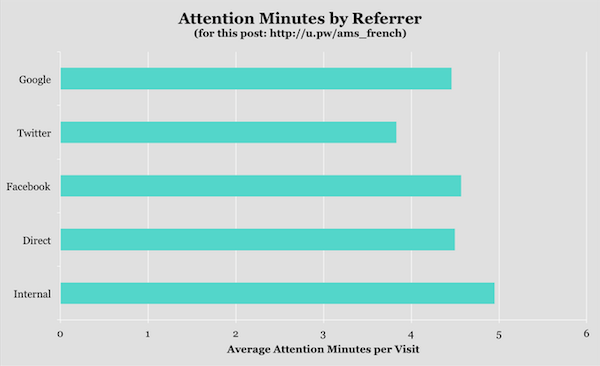 Looking into attention minutes also helped flesh out Chartbeat’s theory that there’s no correlation between how much people read an article and whether or not they’ll share it on a social network. Upworthy’s data shows a unique wrinkle: Those who barely read an article share it just as often as those who read it completely, but people who stop halfway are less likely to share. 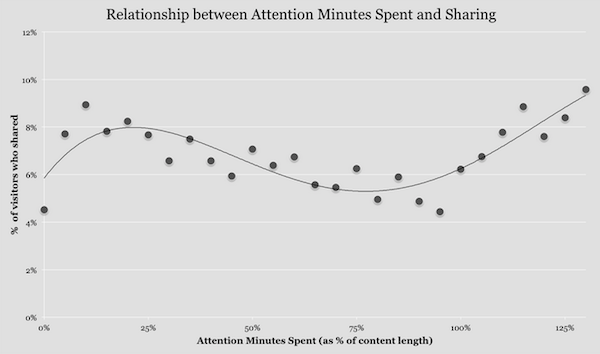 You may not have heard of stub stories, but Fast Company wants to rethink longform with “stubs,” short posts about a central topic that form a linked train of connected articles. Instead of rewriting ledes and standard details every time there’s a new development about Google Reader, for example, many stubs exist on the same webpage for one subject, separated by section breaks and clear titles. Think of it as a never-ending longform compilation.

“Traditionally, there’s a flat hierarchy between articles,” said Chris Dannen, Senior Editor at Fast Company Digital. “And that’s a problem, because not all articles have equal value.”

Writers wanted more space to expand on topics at key moments, even if it was only a paragraph. “When something newsworthy happens, we have this whole big dossier on the issue we can refer people back to,” he added. “Writers and readers have really liked that.” Dannen could gauge which posts in the thread made the most impact, and once Fast Company restructured the hierarchy, the bounce rate plummeted and time spent shot up.

TTR, Medium’s new metric of choice, stands for Total Time Reading. It’s similar to attention minutes, but optimized to reveal more about the two-way street between publication and reader. As Medium Product Scientist Pete Davies outlined in a blog post, TTR is meant to relate directly to Expected Reading Time. As Davies writes, “Which is better: a user spending three minutes reading half of a six-minute post, or a user spending two minutes reading a two-minute post?”

Medium plans to use the data to calculate factors like what article length leads to maximum TTR and how much margin of error exists in their Expected Reading Time estimates given to each piece. While some publications have used advanced metrics as protection against those who criticize content quality, Medium seems more interested in learning how to trim away fat from their relationship with the reader.