The Facebook Live Broadcast That Will Ruin Your Childhood

Did you have a dream last night about a hauntingly life-sized Mr. and Mrs. Potato Head clumsily battling the Monopoly Man in a game of Hungry, Hungry, Hippos? Did you plead with your brain to wake up as you watched the game unfold in silence under the dim hum of florescent lights? Did you stare at the window and wonder if there was any way to escape?

If so, I have some bad news. It wasn’t a nightmare. It was Hasbro posting on Facebook.

Yesterday, Hasbro jumped on the bandwagon of Facebook Live, the live-streaming feature rolled out to the masses in late January that quickly become popular—in part because Facebook has aggressively promoted live-streams to followers through push notifications. News outlets have used the tool to broadcast breaking news (RIP Prince), celebs have used it to connect with fans, and BuzzFeed got 800,000 people to watch someone blow up a watermelon with rubber bands.

With so much buzz, I can understand why Hasbro’s social media team said, “Let’s do something wacky too!”

Unfortunately, this was just too weird:

On one hand, this could be considered a success. It has over 131,000 views and 231 comments as I’m writing this. On the other hand, the comments are mostly this: 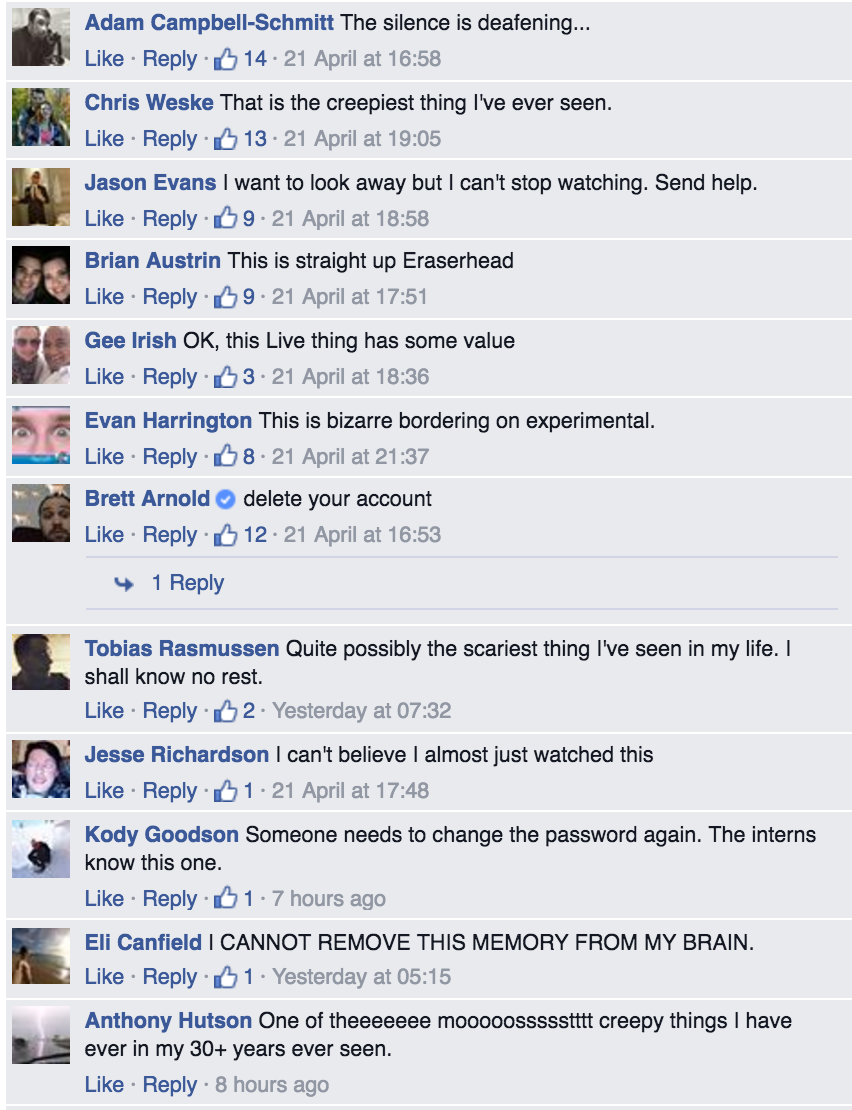 When you’re a toy company that plays heavily on nostalgia, you generally want to avoid instilling a deep sense of existential dread in your audience.

Honestly, I feel for the Hasbro social team. They likely found those ridiculous costumes somewhere in the office and thought, “What the heck? Let’s do this!” After all, it’s encouraging to see brands experimenting with off-the-cuff content on emerging platforms.

However, the lesson, as always, is to give it a test first and show the work to someone outside your department before it goes live. Also have music. And don’t film in an interrogation room.