There are few things more boring or predictable than a company booth at a marketing technology trade show.

Visitors can generally expect to see some combination of marketing pamphlets, water bottles, lanyards, and perhaps—if the vendor in question is feeling extra flashy—a screen playing an infomercial-style video advertising the company’s product on loop.

Attendees of this month’s eTail e-commerce conference in California must have been surprised, then, to stumble upon what appeared at first glance to be a full-service New York City newsstand, replete with full-color glossies, old-timey coffee ads, and a pair of street signs to boot.

The booth, operated by the programmatic advertising company Chango, naturally became the talk of the conference, with attendees stopping by for a stick of Chango branded gum and giving out their business cards in exchange for a chance to win prizes via scratch-and-win tickets similar to those sold on Manhattan street corners. 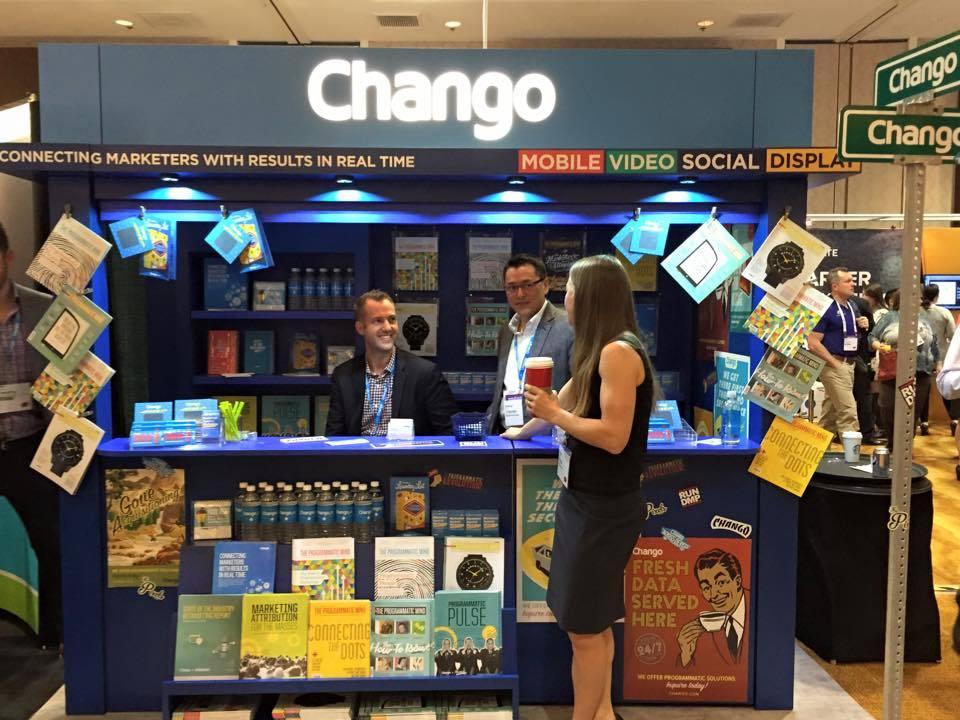 Of course, for those familiar with the company’s prior marketing efforts, this bit of IRL content marketing wasn’t that big of a surprise.

Chango has spent the past four years making a name for itself in ad-tech circles as the rare B2B brand to go all in on content marketing. They’ve already successfully created a series of entertaining videos, a card game, and its own quarterly print magazine.

“Really what it all came down to was every time you go to a trade show, a large majority of the booths just suck,” said Chango marketing manager Bryan Bartlett. “We try to do everything unconventionally.”

Founded in 2008 to help brands use search data to target prospective customers, Chango first delved into content about four years ago. The company saw it as a way to educate marketers about programmatic advertising, as well as distinguish itself in a crowded ad-tech field.

While other companies in the industry were confusing marketing executives with unfamiliar jargon about technologies that at the time were very new, Chango combined a straightforward, humorous tone with colorful, eye-catching design to create a series of white papers and blog posts that brand and agency folks found surprisingly approachable.

Take, for instance, a 2012 white paper titled “Retargeting Exposed: Not Another Whitepaper About Retargeting.” Another led with an executive summary reassuring readers, “We understand that you are busy and might not want to read this whole document—don’t worry, we won’t take offense!”

“We created a tone that is quirky, friendly, and a little bit geeky, but not too geeky to scare marketers away,” said Bartlett. “The idea was really just to make programmatic advertising simple, fun, and approachable.”

Over time, the company got to a point where it felt it was creating so much quality content that it needed a better way of showcasing it than merely posting to its website.

And so, in a move that would seem counter-intuitive coming from a programmatic advertising company, Chango launched a quarterly print magazine known as The Programmatic Mind in 2013. It originally reached a group of 1,000 current and prospective customers, but circulation has risen to about 30,000 due in large part to a distribution deal made with Adweek.

The magazine is richly designed and includes thought leadership pieces on the subject of automated advertising, giving marketers a better understanding of the space. One issue even included a set of cards for readers to play “Marketers Against Marketing,” a Chango riff on the popular party game “Cards Against Humanity.” 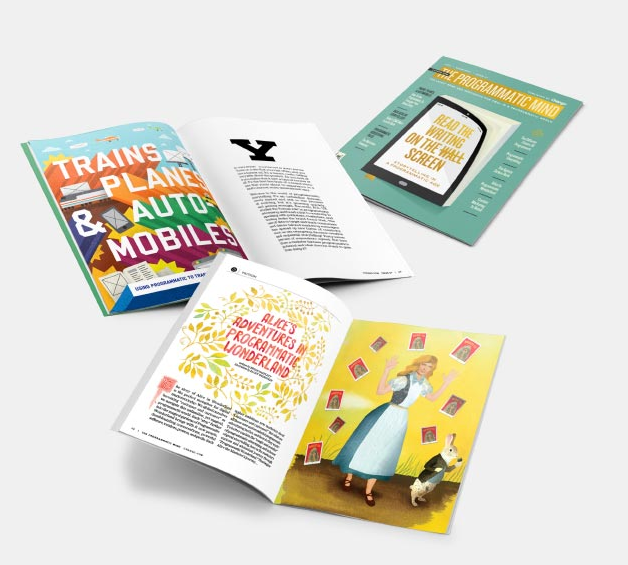 For Chango, the magazine allows the company to reach potential customers—who frequently receive sales pitches via email—through an alternative route. On more than one occasion, says Bartlett, The Programmatic Mind has helped the company secure a meeting with a future client.

“It paid off huge,” said Bartlett. “Marketers are constantly bombarded with email marketing and ads on LinkedIn, or whatever it may be, so getting a print magazine on their desk was something a lot of marketers found really refreshing.”

And as for that newsstand? Bartlett says the company received hundreds of business cards from other conference goers, 12 times as much booth traffic as it had previously become accustomed to—not to mention one unexpected perk.

“One funny thing was thing was that our booth was across from another booth of a competitor. Everybody would come and stand with their backs to that competitor’s booth to take a picture of our booth,” said Bartlett. “So that was a gratifying thing.”