These 8 Sponsored Content Listicles Will Restore Your Faith in Consumerism

My latest guilty pleasure? Binge-reading the absolutely absurd collection of listicles sponsored by brands. It’s a bizarre world of cat GIFs, poop jokes, and multi-step guides to eating fast food. Here are eight of the weirdest ones I could find:

1. 14 Exotic Places You Need “To Go” Before You Die (Charmin/BuzzFeed)

This is literally just a list of 14 places you should poop. There’s a pun involving a “poop deck.” At one point, you’re instructed to “get silly” at a “wacky urinal.” Incredible.

2. 14 Thoughts Everyone Has While Restroom Snooping (Charmin/BuzzFeed)

This listicle wins the award for creepiest sponsored content headline of the year. Now the next time I’m in a public restroom, I expect to look up to find the Charmin Bear peering over the top of my stall, creepy smile spread wide, ready to pounce and start rubbing my face with toilet paper. 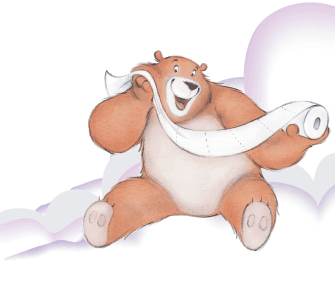 3. 11 Inspiring Videos That Will Restore Your Faith in Humanity (The New York Times/Mashable)

It feels like no brand today can avoid sponsoring an Upworthy-style listicle—even a media brand like The New York Times, which sponsored this story on Mashable to show off their original video content. The Times even went so far as to punch up the titles of the individual videos for the Mashable audience. For instance, “Tattoo Artist Gives Breast Cancer Survivors Nipples and Hope” was originally titled “The Nipple Artist,” and “Can Your Grandma Pump Iron Like This?” was called “Shirley and the Bodybuilder.”

4. 12 Things You’d Tap If You Could (Softcard/BuzzFeed)

I expected this to go in a very fratty direction, but as with most sponsored listicles on BuzzFeed, it’s just a bunch of cat GIFs—not a single keg stand to be found.

5. 12 Tips for Mastering the Art of Chicken Fries (Burger King/BuzzFeed)

Mighty is the man who came up with the idea of giving six tips for eating chicken fries, and then thought, “You know what? Screw it. Let’s make it twelve.”

Between this listicle and a frenetically psychedelic website, I’m seriously starting to suspect that Skittles’ marketing brainstorms might involve peyote rituals and a shaman. Duuude, is that a cat? Is that a cloud? It’s both man. EVERY ONE OF US CREATES THEIR OWN UNIVERSE.

My favorite: “Challenge yourself to a tug-of-war with your house pet.”

Unless your pet is a pit bull and you’ve replaced the rope with beef jerky, the stakes probably aren’t going to get too high here.

When your bathroom jokes fail to impress a BuzzFeed audience, something has gone terribly, terribly wrong.