If You Ignore Owned Media, You Might End Up Serving Burgers

Yes, you want people to read as much of your content as possible.

But it also matters where they read it.

I liken the day-to-day production of content to throwing a barbecue. If you like to grill and have lots of friends, barbecues are easy to host on a daily basis. I threw at least 15 during my final month of college. People will mosey over since you’re known for throwing good barbecues and the headline on the Facebook invite is enticing—something like: “Burgers, Beer, and Bocce: This BBQ Is Probably Better Than Whatever the Hell You’re Doing Right Now!”

And they’ll stay if the burgers are done right, the tunes aren’t annoying, and the beer isn’t Keystone Light. It’s about understanding what your audience wants and putting in the effort to deliver. If you do a good job, they’ll probably come back. Producing high-quality content on a day-to-day basis works the same way—people will keep coming back. If you’re a publisher—and particularly a brand publisher—building a reserve of reliability over time is the ultimate goal of the content game.

Yet, instead of consistently throwing content barbecues that keep people coming back, a lot of brands seem eager to just pay for the right to hand out burgers to random people in the mall. You may delight someone by handing them free meat, but you’re only going to see them again if they bother to seek you out, and they don’t even know where you live.

Your chances of building relationships with them would’ve been much greater if they came to your barbecue.

This is the difference between owned and earned/paid media. Fueled by the misconception that every interaction with branded content counts the same, brands are willing to ditch the arduous work of building an owned audience for just buying as many content impressions as possible. A few brands—American Express, Coca-Cola, Red Bull, BarkBox—have succeeded by getting millions of people each month to come read content on their sites. But most are just willing to pay six figures to sponsor content on publisher sites, popping up in the mall of BuzzFeed, content burger in hand. (“17 Burger Toppings You Never Expected From a Brand!”—I’m committed to pushing this metaphor to its limit.)

This isn’t to say there’s no value in people reading your content outside your owned site. Such a strategy can work, especially if you use that content to drive people back to your publication. By all means, pay for the ability to give someone a free burger, but only as long as you remember to tell them to check out the bacon, mushrooms, and Swiss bad boys being grilled up at your owned spot.

BBQ metaphors aside—because, quite honestly, I’m getting hungry—there are many reasons a reader on your owned media site is more valuable than a reader on an external site. Just consider these three:

If I read a HubSpot article on the HubSpot blog, I’m very aware I’m reading an awesome piece of content from HubSpot. If I read it on Relevance.com and there’s just a line of text at the bottom of the article that says, This article originally appeared on HubSpot.com, that’s much less likely to register.

If you’re a brand, the goal isn’t to drive pageviews so you can sell ads; it’s to build relationships with readers. If a reader is consuming a piece of content on your site, there’s a much better chance of building that relationship. They may simply come back to the owned site for more content. Or they may choose to sign up for an email, or click the button that allows them to follow you on Twitter and LinkedIn. Or they may just consume more content and spend more time on your site, which will strengthen that relationship. And you can track and measure any actions they take—now and in the future.

3. The possibility of conversion

If readers are consuming content on an owned site, there’s always a chance they’ll check out what else you offer as a company, and, heck, maybe even buy something. Content marketers dream about conversions the way grillers dream about hearing their burgers are the best burgers people have ever eaten.

So the next time someone tells you owned media doesn’t really matter, hand them a Grimace costume and a tray of burgers. It may be that person’s job in a few years anyway. 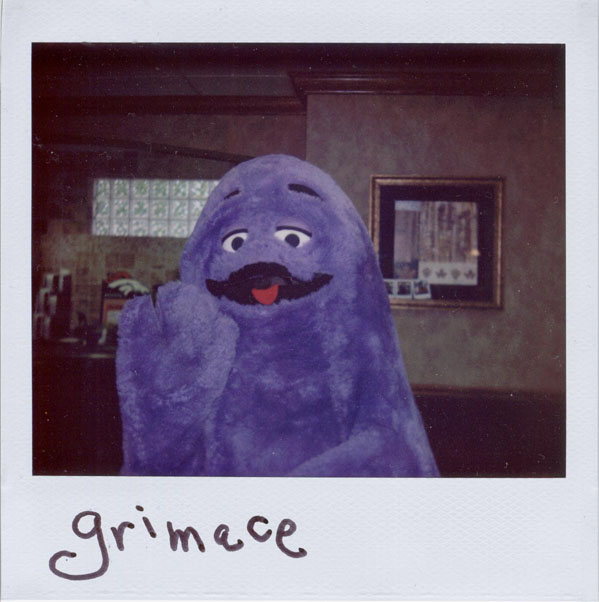