4 Viral Parody Sites That Will Inspire Your Content Strategy

Comedians have long held up mirrors to society’s many absurdities and shortcomings. Parody websites like The News Nerd and The Daily Currant are build solely on this idea. And now, content creators are using the satirical technique to draw attention to their own causes by using minimal resources to poke fun at a competitor, an ideological opponent, or even a major political issue.

Here are four parody websites that really made waves:

In early 2014, author Alain de Botton launched Philosophers’ Mail, a spoof of the Daily Mail. His goal was to create shareable articles that would further philosophical discourse and gain more exposure with a mainstream audience. “For too long, philosophers (like serious news-people) have been happy merely to be wise and right,” de Botton wrote in The Spectator. “This has offered them huge professional satisfaction but it has not influenced the course of society. The average work of philosophy currently reaches 300 people.”

Each article on Philosophers’ Mail is based on global affairs and entertainment news, topics that the Daily Mail typically covers, but Philosophers’ Mail reframes and develops them in order to take deeper dives into the many facets of human nature. For example, the website recently published an article about Shia LaBeouf, but instead of just pointing figures at his wild behavior, it touches on how people often try to pursue fame in the hopes of receiving love and kindness on a mass scale, while also unpacking the consequences of that fame.

Moreover, de Botton uses Philosophers’ Mail as a strategic cross-promotional tool for the social enterprise organization he started,  The School of Life, as well as his book The News: A User’s Manual, displaying promotional material for these pursuits on areas of his website where the Daily Mail normally displays ads.

Since it was founded in 1988, The Onion has grown into one of the most prominent humor newspapers in Western culture. All of The Onion’s articles are satirical—stretching real-word topics to their extremes—so it’s only fitting that the team behind that website would launch a publication that parodies clickbait sites.

Through Clickhole, The Onion creates articles with headlines and content reminiscent of BuzzFeed and Upworthy. Similar to BuzzFeed, they host quizzes that mix truisms with bursts of absurdity, like the genius quiz “Are You an Introvert, Extrovert, or Sea Monster?” 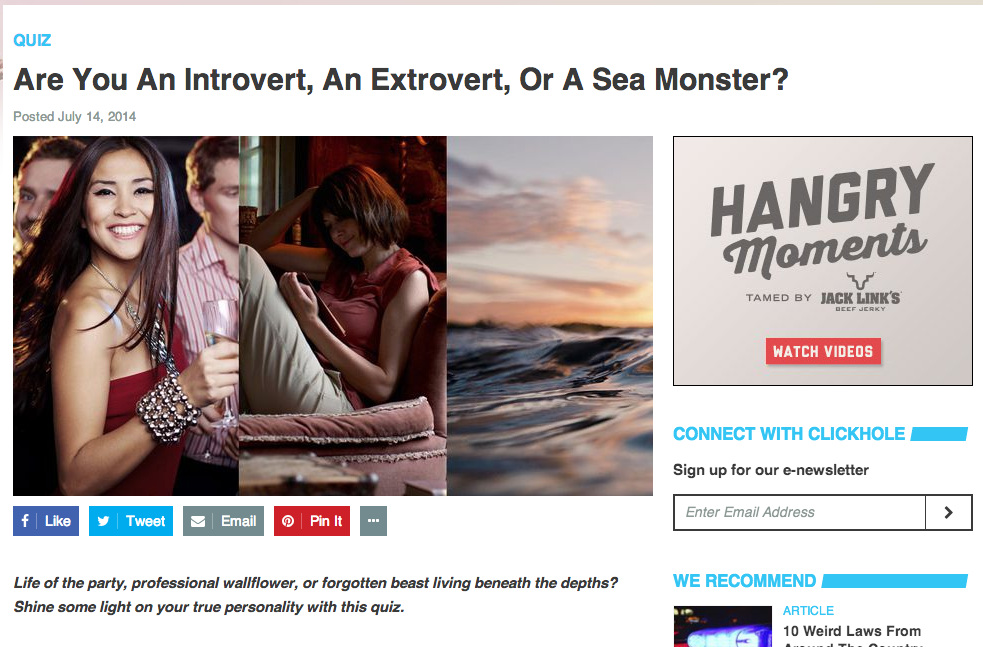 “The genius of parodying viral media is that you still benefit from its virality,” writes Newsweek reporter Zach Schonfeld. In fact, The Onion President Mike McAvoy told Folio that Clickhole’s content received over a million clicks within days of going live.

Last month, BitTorrent created Join the Fastlane, a fake website designed to represent how the Internet might look if net neutrality is destroyed. It illustrates the a dystopian media landscape where cable and Internet companies retain control over the digital services users can access and only make certain ones accessible for additional fees. 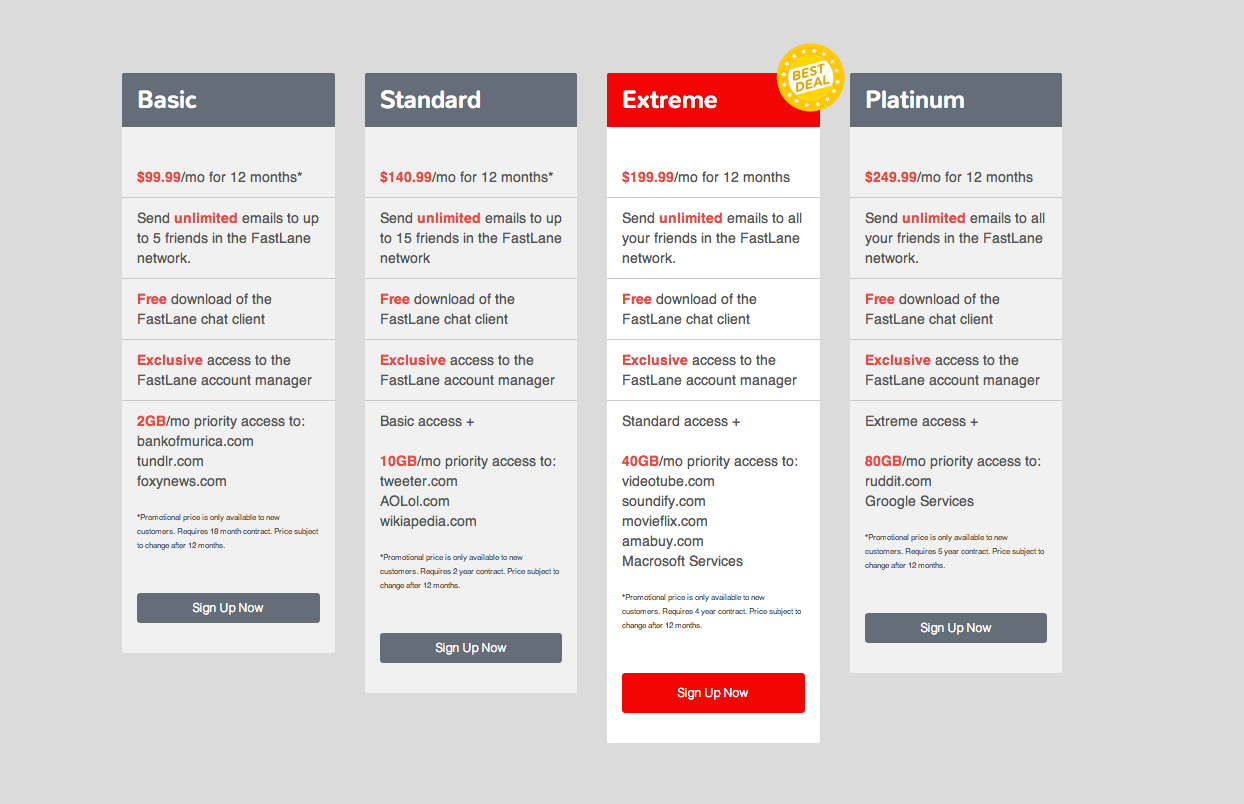 “As an organization we believe that it’s important to bring awareness to what might happen if the FCC and corporate interest win over net neutrality,” BitTorrent CMO Jascha Kaykas-Wolff said in an interview with Tech Void. “Parody is an effective tool and in this case ‘jointhefastlane’ brings home what may not be far off from a future truth.”

So far, similar to Clickhole and Philosophers’ Mail, Join the Fastlane has drawn significant attention to BitTorrent’s crusade for net neutrality, while also directing visitors to BitTorrent’s Internet Better initiative.

In May, Berlin-based Peng! Collective launched Google Nest, a website that parodies Google’s Nest Labs, with satirical features such as Google Hug, Google Bee, and Google Bye. The organizers created an entire integrated campaign around its launch, choosing to make it live at the re:publica conference (complete with a spoof speech) and enlist political parties and NGOs to spread false press releases earlier in the day.

The parody website earned a longer shelf life and even more exposure when Google decided to fight back. Through various media outlets, Google was called out as a bully for putting its legal muscle against this smaller organization. Even as Peng! Collective was forced to shut the site down, various other copies have popped up around the Web. And the company crossed over from being a tiny collective based in Germany to an internationally recognized fire-starter.

What are some of your favorite parody sites? Tell us on Twitter @Contently.