“We’ve gone from a world of isolated communities to a global community, and we are all the better off for it.”

“I hope that we have the courage to see that the path forward is to bring people together, not tearing them apart.”

President Obama? Paul Ryan? Nope, that’s Mark Zuckerberg, CEO and founder of Facebook, whose keynote at Facebook’s annual F8 conference sounded more like a State of the Union address than a speech for software developers.

It’s not surprising that Zuckerberg got so political. Now more than ever, Facebook is part of the global fabric. The social network boasts 1.6 billion monthly users, a number larger than the population of any nation, 83.6 percent of whom live outside of the U.S. and Canada. Facebook Messenger has about 800 million users. WhatsApp climbed to 1 billion. And Instagram boasts a base of 400 million. Not too shabby.

Along with Google, Facebook is attempting to connect two-thirds of the world’s population that doesn’t have access to the Internet. It has lasers; drones; balloons; lobbyists; and its free app, Free Basics, on the case. Put simply, Facebook needs a political vision because it’s an important part of the entire world—perhaps more important to a larger number of people’s daily lives than any other company that’s ever existed. 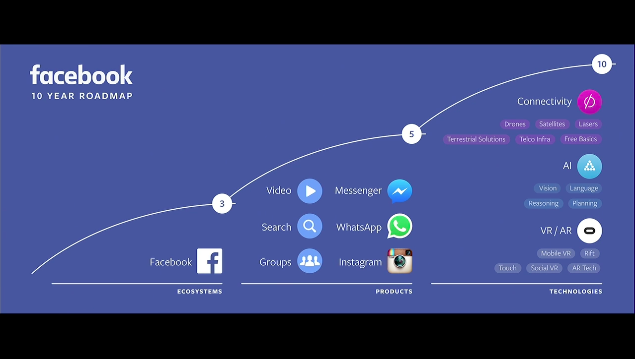 Right now, Facebook’s social network (or content network, as I’ve started to call it) is the only fully evolved ecosystem. Instagram, Messenger, and WhatsApp are products that may eventually become their own ecosystems. Connectivity, AI, and virtual reality/augmented reality are the most speculative initiatives, but the plan is for them to evolve into their own products once they are “at scale.”

The presentation demonstrates just how thoroughly Facebook wants to dominate the future of digital communication. Its product suite already makes up a huge portion of attention time that people, particularly young people, spend on their devices. 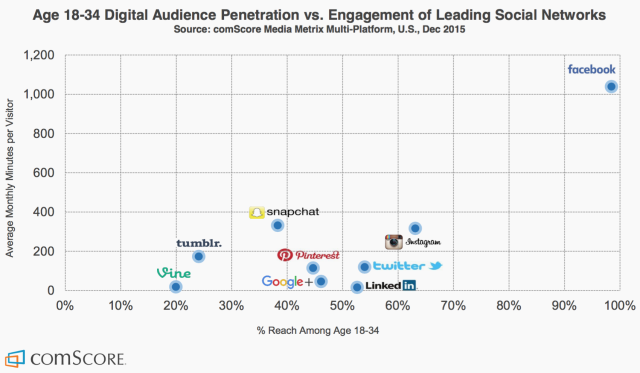 The company is also getting ahead of most the major trends media and marketing analysts see as shaping the future of content. Facebook already dominates the messaging app marketplace with Messenger and WhatsApp. Same goes for digital video, which has exploded on Facebook’s native video player (though not without controversy). With Facebook M, the company is a major player in the AI arms race. Facebook also announced plans for a platform where developers can build bots for Messenger.

The last part of that dominance is augmented reality and virtual reality. Facebook has the Oculus Rift; Gear; and these unnamed AR Glasses, which essentially look like Google Glass. 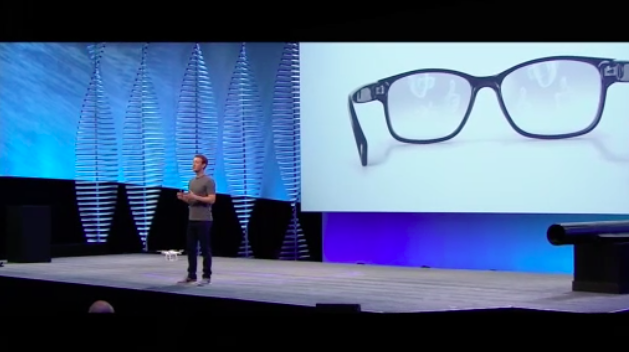 Zuckerberg explained that he sees VR as having “the potential to be the most social platform.” He showed a slightly awkward video of two people playing together in a digital sandbox as an example of the social applicability of VR. 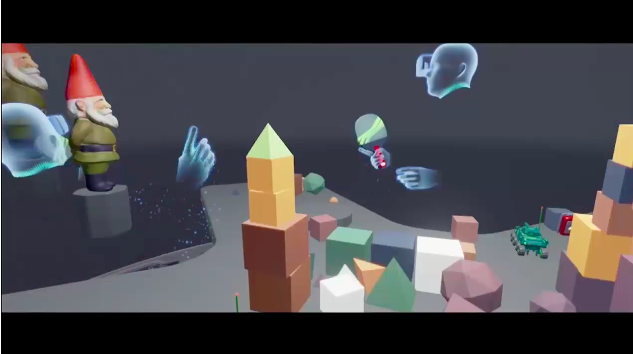 Even though Google Glass was a failed experiment, Zuckerberg seemed particularly excited for the unique future of augmented reality. “A lot of the things we think about as physical objects today, like TVs, will just be one-dollar apps,” he said.

In other words, Facebook imagines AR as a radical transformation in which the world will have a digital overlay. And if Facebook just so happens to be the ones in control of it, so be it. As Zuckerberg said in the conclusion of his presentation, the “path forward is to connect people—that’s how we make progress together.”