Great slogans define brands. “Just Do It,” “I’m Loving It,” “Eat Fresh.” They’re normally two, maybe three words meant to capture a brand’s essence in a memorable way. How many times have you said, “Just Do It,” and immediately thought of Nike? How many times did Peyton Manning humming “Nationwide Is on Your Side” pop into your head and make you want to stop watching football forever?

The best taglines are pithy and provocative. They may not always be complete sentences, but they make sense in an almost primal sort of way. Sometimes, however, slogans aspire to be profound but wind up completely meaningless. These are eight of the most incomprehensible.

On the surface, Under Armour’s current slogan, “I Will,” isn’t bad. Like “Just Do It,” it lacks context but feels vaguely inspirational enough. Where it starts to go downhill is when you start adding the interchangeable lines that come before “I Will.”

Sports marketing! "Run with fight – I will" pic.twitter.com/qpbv64nlvm

I didn’t know that Under Armour’s brand voice was “Yoda.”

2. Adidas: “Impossible Is Nothing”

How can impossible, an adjective, be nothing, a quantity? Is anything really impossible? What is nothing, anyway? I’m going to go read some Camus.

3. Gods of Egypt: “The Battle for Eternity Begins”

Full credit for this one goes to the YouTube channel Escapist, which broke down this very gold poster’s very bad slogan better than I ever could.

I’ll let Yahtzee, the host of the show, explain:

The battle for eternity begins… Is it even worth trying to decipher that? Either this is the beginning of a battle that goes on for eternity, which is hardly selling it—it’s saying the film is akin to spending the afternoon at your in-law’s house. Or it’s referring to a dispute over the ownership of eternity, which is even less engaging. Why would anyone want to own the concept of eternity?

Anytime your tagline makes people think about spending time with their in-laws, it’s probably time to consider a new strategy.

If Under Armour’s brand voice is Yoda, Time Warner is E.T. (Except everyone loves E.T. and Time Warner is … “Actually, Statistically the Worst,” per New York magazine.) “Enjoy Better” ultimately exposes the common theme in these confusing slogans: shoving one aggressive, aspirational word next to an indefinite pronoun, all while playing a game of brand attribute Mad Libs.

5. Victoria’s Secret: “A Body for Every Body”

I don’t know about you, but I think there’s something… off about this slogan. It makes me think of both human trafficking and some weird dystopia where everyone is genetically engineered to have the same body.

Also: Victoria’s Secret sells clothes, not bodies, right? It’s just asking for some very creepy people to wander into its stores. (Which, to be fair, probably happens already.)

Audi has gotten plenty of bad press for this slogan after it was revealed that the car manufacturer, along with its parent company, Volkswagen, had cheated on emissions tests for nearly half a million diesel cars.

That was a dumb, awful thing for the company to do (something that will lead to 60 early deaths in the U.S. alone), but can we talk about what the hell this slogan even means? Is it saying that there’s truth in engineering because engineering is mathematical? Is it implying Audi’s engineering is always true, meaning accurate? Or is it arguing that through engineering we can find the truth? Why do so many brand slogans sound like something Erlich Bachman came up with on a vision quest? 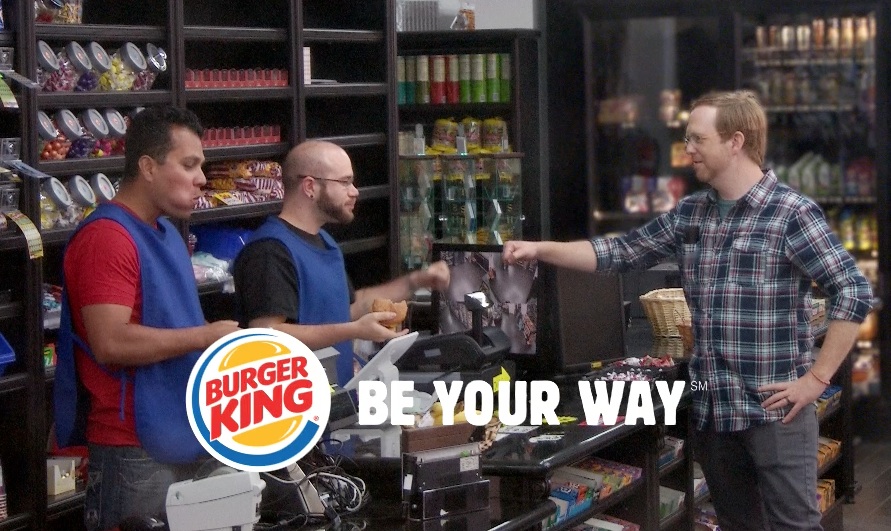 Like so many brands on this list, Burger King is channeling its inner self-help guru. We should be ourselves. Except Burger King commands us with some horrendous syntax.

If the tagline sounds familiar, it should. It’s a twist on the brand’s longstanding tagline “Have it your way,” which actually tells me something about Burger King: You can customize orders. This new tagline, according to a press release announcing the change, is telling us, “It’s okay to not be perfect. Self-expression is most important and it’s our differences that make us individuals instead of robots.” Yeah! I’m a unique starflower! Now give me the same hamburger as those 3 million other people! 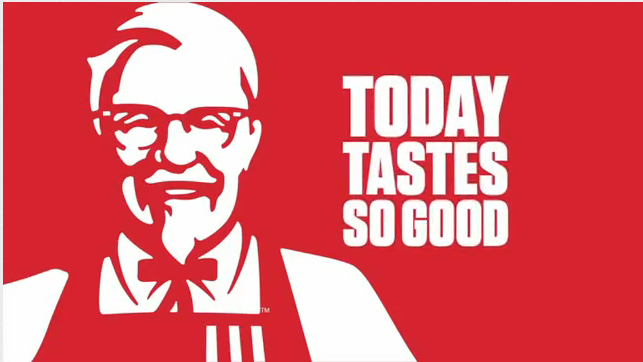 Who knew that the colonel has synethesia? Except instead of seeing colors, he tastes days. I suppose it could also be dementia. Stare at this ad long enough, and it will haunt you forever.