A tech bro wearing a top hat and holding a wand. A startup t-shirt. A truly terrible slogan: “Something magical is coming. #marketing.” My first thought is that this ad wants to be mocked in the comments, like so many other sponsored Instagram posts that came before it. For a few seconds, I almost believed this was a parody. 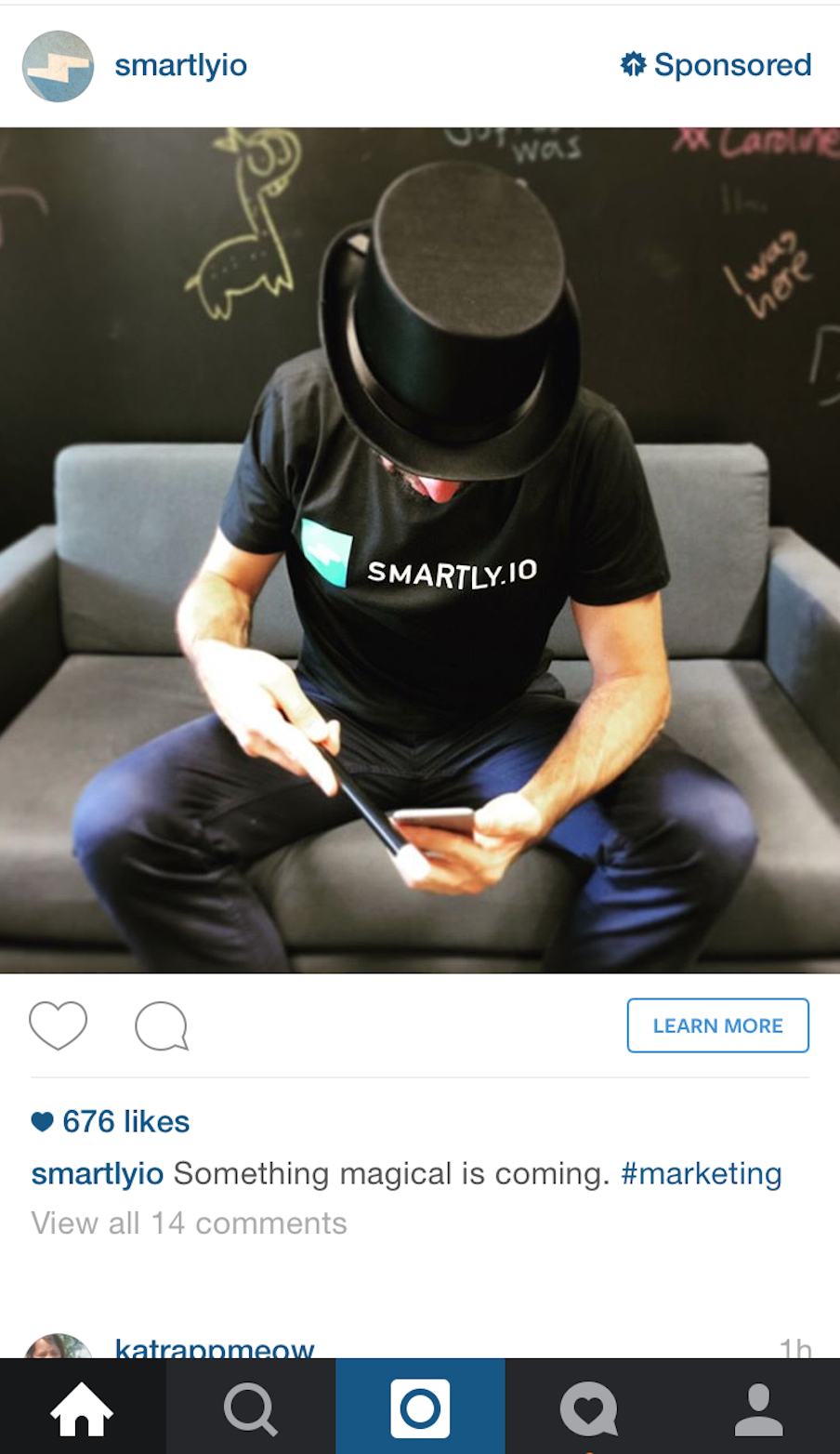 But at the same time, it appeared to be working. Jess Black, Contently’s marketing manager, rushed over to my desk to show me the post, and I immediately stopped what I was doing to evaluate it. High-end B2C ads for fashion and entertainment brands had become commonplace on Instagram, but we’d never seen a B2B ad—especially one like this with a clickable “Learn More” button. In addition to owning some low-budget magician props, Smartly.io is apparently an early adopter of the new Instagram ad platform, which had just been opened up to the public and punched-up with clickable ads.

Curious, we clicked on the “Learn More” button, and it sent us to a landing page pushing Facebook advertising automation services. 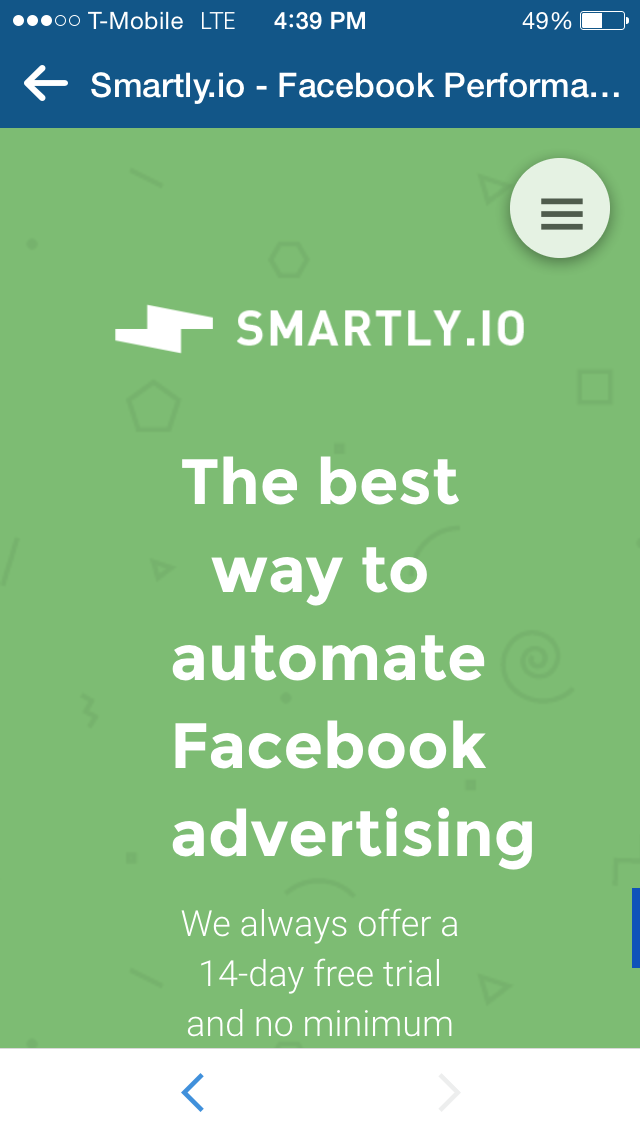 As we inspected the landing page, it dawned on me: This ad was genius. By striking early and releasing one of the first B2B Instagram ads, Smartly.io was taking advantage of a temporary phenomenon—the ad format in itself was enough to draw social-marketing-obsessed people like Jess and me in, and they had clearly targeted us using the arsenal of Facebook user data that powers Instagram ads.

And it worked. After all, we’re absolutely the type of people who would be interested in a 14-day free trial of a platform that could automate and optimize our Facebook ad spend. (I’m even going to have Kieran Dahl, our social media editor, look into this free trial of Smartly.io so he can spend less time optimizing our content promotion and more time writing, editing, and playing with dogs.)

It appears we weren’t the only ones who took notice. Instead of the kind of hateful and snarky comments that came when Lexus rolled out the first Instagram ad in 2013, there were just comments from the handful of targeted marketers tagging colleagues who would be interested in the services. (Plus 676 likes.)

Looking into Smartly.io further, it’s just makes sense that it became the first company to post a B2B Instagram ad. In addition to offering Facebook ad automation services, the company offers Instagram ad automation services as well. While other B2B brands will undoubtedly start producing Sponsored Posts, those that follow won’t have the advantage Smartly.io enjoyed by getting here first. And they’ll need stronger creative than a hipster in a magician’s hat.

We’ve seen that Instagram can be an effective platform for B2B marketers, but the clickability of the new ads takes it to a new level, allowing B2B brands to go beyond simple branding. Now, they can push Instagram users to landing pages or other pieces of content, driving conversions in the process. And all of this is being powered by Facebook’s audience-targeting technology—which 78 percent of social marketers are somewhat or very satisfied with, according to a new Forrester report.

I’ve reached out to Smartly.io to find out more about the response to the ad, but I’m already brainstorming how Instagram ads could fit into Contently’s content strategy. I’ll probably even bring in my full-body bear costume for the pitch. Because while I know our design team definitely won’t approve of me dressing up like a magician, they do have a soft spot for nature’s most majestic, salmon-loving creature. And who wouldn’t want to click to learn more about that?

Update (8/18): I emailed with Smartly.io’s Mr. Instagram, Claudio Santori, to find out more about the campaign:

What was your creative process for making the ad like?

Instagram Ads are new and Instagram/Facebook put a strong emphasis on the quality of the creative. We wanted to show our brand, but at the same time entertain and intrigue, as Instagram Ads are still a mystery and most of the users are not aware of the changes coming soon.

Did you see an opportunity in being one of the first B2B brands to release an Instagram ad? Seems like a big bonus that marketing folks like me that you’re targeting would be particularly eager to click on it, simply out of curiosity for the new format.

As a Facebook Marketing Partner we were invited among other partners into the beta program. We are a very innovative company and we like challenges. Being among the first in the world exploring Instagram Ads sounded like a good challenge.

What kind of success have you seen so far? What are your goals?

In term of success, we can’t publicly share any data. This is the time of exploration, collecting feedback and best practices. What we can say is that Instagram Ads are going to be a huge positive change in the marketing ecosystem.