The funniest startup in the world began as a fake company.

In 2012, Vooza released a video announcing its new product, “Radimparency,” which perfectly and lampooned every ridiculous, buzzword-laden aspect of the startup tech industry.

It struck a chord and was quickly shared by some of the biggest names in tech, like Tumblr’s David Karp, Foursquare’s Dennis Crowley, and AOL co-founder Steve Case. And with that, a real tech company was born.

Since then, Vooza has continued to release some of the funniest lampoons of the tech and marketing industries I’ve ever seen. (“Bullshit metrics” almost made me burst out in applause and tears simultaneously.) But what’s even more impressive is how Vooza has built a business around those videos: by creating sponsored content that’s actually funny.

Ultimately, their secret sauce seems to be poking fun at the very brand that is sponsoring the video. For example, check out this awesome spoof of SXSW Interactive, sponsored by [L]earned Media:

Vooza has also started paying the bills by creating custom content for brands on the brands’ owned channels, and performing live at conferences, providing a welcome reprieve from the usual doldrum that comes with nine straight hours of panels.

I caught up with Vooza CEO Matt Ruby to learn more about the small shop every tech company should probably be working with. 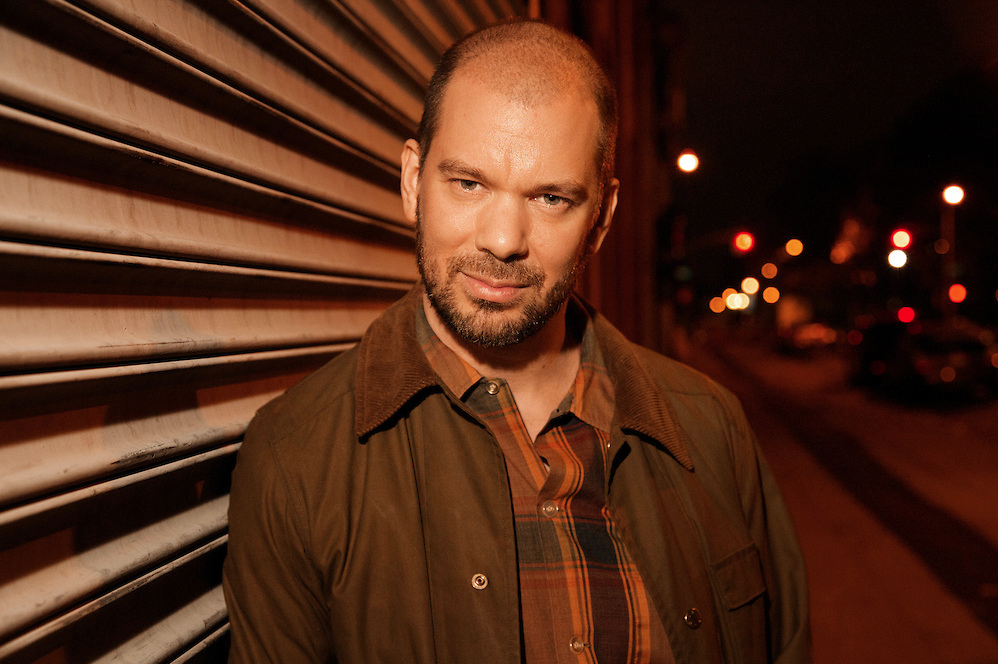 Tell me how a little how Vooza got started.

I guess a little bit of backstory on me is that I was working at a company called 37signals for about 10 years. I was the first employee there. 37signals is most known for making Basecamp and also for the books that we published, which I co-wrote with Jason [Fried] and David [Heinemeier Hansson]. At the same time, I was doing standup comedy here in New York as well.

When I left 37signals, I wanted to see if there was a way to bring these two worlds together—I knew a lot about tech, I really love doing comedy, and I saw a real opportunity with video. The idea was to make a funny show about tech and see if we could get traction on it. There wasn’t really a set game plan out of the gate; we were just trying to bring those worlds together.

How would you categorize what Vooza does?

A video comic strip is the way I look at it, as opposed to web series, which seems a little more generic. I remember being at my old job where we worked virtually; we’d gather in this chat room and there’d be a lot of sharing of Dilbert cartoons and things like that. So I started thinking, “Huh, this comic strip about work… Is there a way to do that in a video format?”

Part of what’s so funny about your videos are how accurate they are. Are the other cast members ever flabbergasted by the way tech people act?

No, because they’re all comedians, and comedians are freaks, too. It’s a different flavor of freak. Yeah, there are moments when we’re writing stuff or doing table reads for people and they’ll say, “So this is a real thing that people did?” I’m like, “Yeah, yeah, people really talk like that.”

That’s the funny thing about this show: how much of the tech world is so pretentious and self-serious and lacking self-awareness about those things. The comedy a lot of times is just baked in. A lot of the things we’re doing on the show is just repeating what people really say in the tech world—maybe tweaking it by 10 or 20 percent. It doesn’t need to be exaggerated that much sometimes because the reality is so preposterous.

What do brands not get about making videos that are actually funny and resonate?

It’s hard to be funny. The people who are good at it are people that have been doing it for five, 10, 15, 20 years. Louis C.K. has been doing it for 25 years. You can’t just make one thing once and expect it to go viral or be great. I think a lot of it comes from chipping away and putting out a lot of things, and then figuring out what’s working and what’s not working.

In the tech world, people are really just taking themselves so seriously—the mission statements, the attitude, the tone. Everyone’s so self-aggrandizing about how they’re changing the universe. It’s sort of like, “No, you’re making an app that lets teenagers send selfies to each other, right?” Let’s be clear about what’s exactly happening here.

Watching your videos, it struck me how surprising it was that some tech company with tons of money to blow wouldn’t just hire a group of awesome comedians like you guys and give them the creative freedom to do something like this.

Yeah, well, we’re starting to do that now. We’ve got a few companies that we’re working with outside of Vooza that are hiring us to do custom-made videos events for them, and then there’s the sponsors that we work with on Vooza.

I think people are starting to get it, but I think a lot of people just don’t know how. They’re not in that world.

Tell me a little bit about how you arrived at your current revenue model.

The first thing we tried was post-roll ads, which we still do. But what we started to realize in talking with companies was that they really wanted to be part of the show—branded content episodes is what we call it.

It was actually really interesting because my worry out of the gate was, “Oh, people are going to want this really heavy-handed sell, and it’s going to be a real annoying thing to viewers.” But the clients who we worked with were like, “No, we love what you’re doing, we just want to be mentioned along the way. We want it to be subtle, though; we don’t want it to be over the top or to bug viewers.”

Part of what they were into was that what we were doing something that was, in their eyes, cool and funny. They want to be a part of it as opposed to it being some heavy-handed “Let’s stop the show and show a Snickers ad” sort of thing.

How do you find working with brands overall? Do they give you control, or do they have a lot of feedback?

So far it’s been good, and I think we’re lucky in that the brands we’re working with are people who know us and like us and already kind of “get” who we are and what we’re doing. It hasn’t been this hard sales loop, going through layers of people at ad agencies or anything like that. It’s usually the director of marketing at some small company saying, “Hey, I like what you guys are doing, make a video for us.”

We’ve danced a little bit with working with bigger brands and agencies. What I’ve realized with that is that the budgets are a lot bigger, but also the pain in the ass factor is a lot bigger, too.

Yeah, I feel you. There’s nothing worse than having three agencies between you and the brand you’re actually doing work for.

Yeah, we’re meeting with a group of four interns, who then—if they like it—they’ll kick it up to their boss, and if their boss likes it, they’ll take it to the client. If the client likes it, it’s got to work with their fourth-quarter marketing budget and message. Then it’s like, “Oh, this is why you guys pay so much money. Who would want to deal with this?”

You have those conference calls where it takes 15 minutes to introduce everyone on the line.

They’re paying for being slow, clueless, and bureaucratic. You can make more money if you want to work with people who are like that, but we try to keep everything low overhead and things as low budget as we can. That gives us some freedom to work with who we want and how we want.