In January of 2013, The Atlantic took some heat in the media world for running a native ad about the Church of Scientology and then removing it once the criticism started piling on. The publication even released a public apology: “We screwed up … and we’re working very hard to put things right.”

The problem was the article read too much like a product pitch (in this case, the product was a controversial religious institution). Two years later, however, The Atlantic has followed through on their promise and then some. Not only did they put things right, but as we recently covered on TCS, The Atlantic is now publishing some of the most creative and inventive sponsored content in the marketplace, like this innovative post for Porsche, for which they wired a group of people up to sensor-embedded clothing and collected data to visualize the body’s response to high-speed car racing.

That native piece was produced by The Atlantic‘s marketing team, but internally within Atlantic Media, there’s another team focused on creating work for clients to host as owned media properties: Atlantic Media Strategies (AMS).

The group, which was created in 2012, studied its parent company’s best publishing practices over the years so it could transfer that success to new publishers who lacked the legacy of Atlantic Media. It’s something many content marketing branches claim to do, but few actually pull it off, and rarely at scale.

The latest project from AMS, a data-driven site for the American Cancer Society, brings The Cancer Atlas, a printed book, to the Internet. The site’s rich with data, offering a sophisticated exploration tool with many options meant to help audiences understand the global scope of cancer. It’s also well-designed with a flat layout and is responsive and scrollable on all devices. 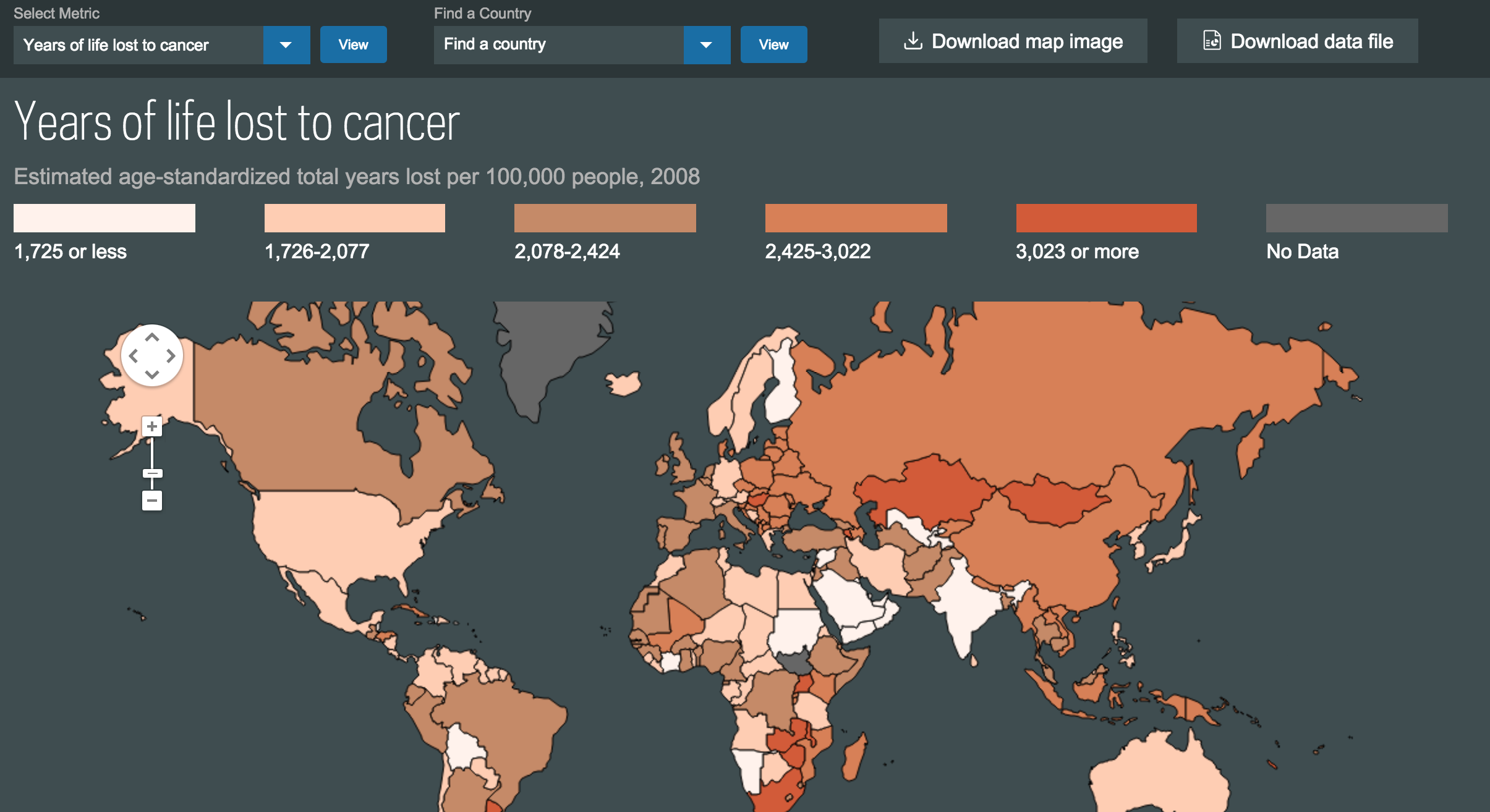 What sets the site apart from other branded content owned sites are all the little nuggets that make it a long-lasting resource. With statistical content, it’s often much more convenient to update data rather than starting from scratch on a new iteration of a project. The site hosts visuals and charts, like the one below about cancer deaths attributed to tobacco versus other causes. Unfortunately, these charts aren’t easy to share, but they can be saved. 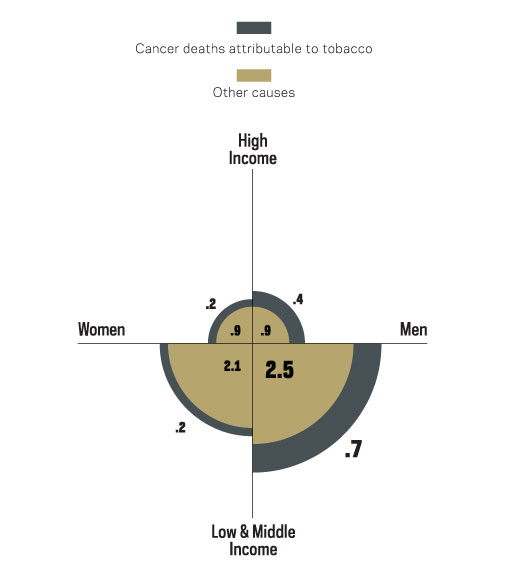 “People don’t understand what brand journalism can be,” AMS Executive Editor Brock Meeks told Nieman Lab last year. “I think it could go sideways and end up being derided as another failed journalism experiment. I’m bound and determined to see that that doesn’t happen.”

AMS is currently working on approximately 20 projects for clients like GE and C-SPAN, and according to AMS President Jean Ellen Cowgill, the group starts by figuring out the problem each client is trying to solve and then sends a small army of developers, designers, and writers to solve it.

For the American Cancer Society, AMS did what has become the barrel roll of traditional media companies: turning print content over to digital. But unlike many companies, which have struggled to cram the form and function of print into a digital medium, the ACS site really breathes.

“We worked with them to figure out what the transition could mean,” Cowgill said. Some of the original form of the print edition carries over to site—navigation headers match up with chapters. But all the infographics and maps are digital products, which makes the content more complex and interactive.

“We are bringing our journalists viewpoint to everything we do,” she added. “But it’s tied to UX and a designer’s viewpoint.”

Atlantic Media initially created AMS in 2012 because advertisers said they needed help with work beyond sponsored posts. Now, after learning how to create engaging content for companies publishing owned media, their marketing collaborations are the reason why Cowgill told Digiday that clients are signing ongoing deal renewals.

“We saw real opportunity to create a dedicated division which would take all of best practices we’ve learned,” she said. “It’s that holistic approach of a full-service media company.”