Butter, a new social media app, recently released a white paper that attempts to answer a (digital)-age-old question: How are millennials spending their time on the Internet? In order to tackle this mountain of a mystery, Butter teamed up with Luth Research to track the online behavior of some under-30s. In addition, Butter polled 526 of their own users.

The results of the study are interesting, albeit lengthy. So let’s break it down into everyone’s favorite buzzword—takeaways. Behold:

1. Under-30s want to make friends outside of their existing social circle.

The number one reason for social media use among younger demographics was pretty surprising: They didn’t want to connect with their current friends, as you’d expect. Rather, their goal was to meet new ones. Two thirds of Butter users said that making new friends was either very important or somewhat important, which matched the data that Luth Research collected.

Key takeaway: Give your customers the opportunity to interact with each other, whether it be on your company Facebook page or YouTube channel. People will become more engaged with your brand if they can talk with people with similar interests that use your products.

For example, Bare Escentuals was named one of Inc.‘s top Facebook pages of 2014. Why? The company decided to let their fans drive the conversation, and as a result got some great insights from their consumer base. The company even redesigned their packaging after receiving a lot of comments from their fans’ about their need for more portable makeup.

Shockingly, only 8 percent of respondents said that they were interested in sharing their opinions with their social circle on Butter. Most people simply used the app to stave off boredom and to try something new.

Key takeaway: People under 30 are clearly looking to social media for entertainment. You’re going to have a lot more success delivering content that entertains people than plying for them to share their opinions. Take Popcap Games‘ Twitter account, which is fittingly filled with fun videos and links to games. Their approach is clearly working with their young audience, as they’ve accumulated over 181,000 followers. 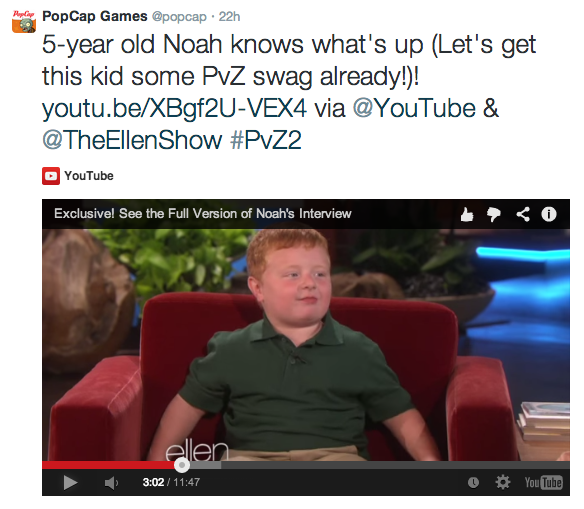 Fifty-two percent of respondents said that they use Butter because they want to try a new social media network. But what other social media sites do they see as trendsetters? The results were good news for Facebook.

Facebook-owned Instagram clocks in at second, with 18 percent seeing the company as innovative, while Facebook is third with 16 percent. After that come YouTube and Snapchat, respectively. 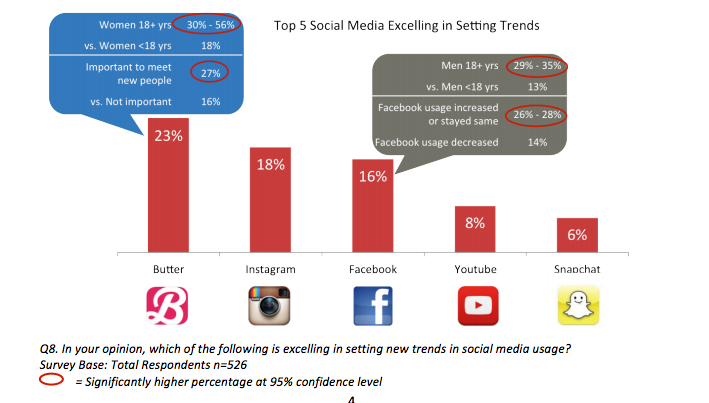 Key takeaway: Despite its limited brand reach, Facebook is still a key network for brands, thanks in part to its robust advertising options. But Instagram and Snapchat are also places you have to be. Check out these Snapchat accounts that we think are doing a great job engaging millennials. 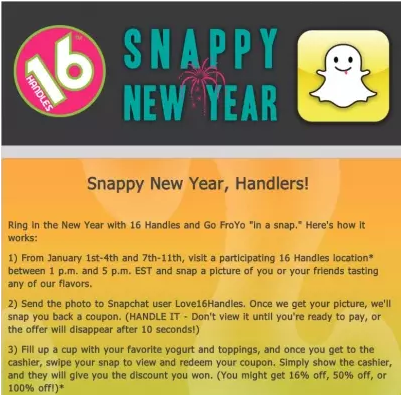 4. Social media use is distributed fairly evenly… at least among Butter users.

Target multiple social media platforms and you’ll have a better chance of consistently engaging consumers. For instance, Kraft Mac & Cheese is serving up a hot bowl of seriously clever copywriting on both their Facebook and Twitter pages. 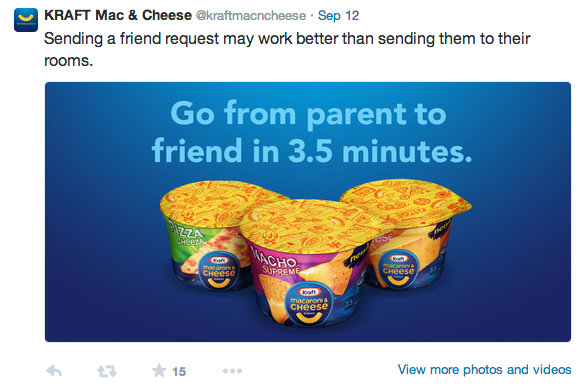