In the world of content marketing, retailers are doing so much more than just advertising their products; they’re providing useful information, visibility, and helping brands build relationships with consumers.

Here are some of the most inspiring B2C retail content marketing campaigns that have managed to build brand loyalty by engaging new and old consumers with awesome branded content.

It’s safe to say that a lot of the people who trek through the wilderness in Patagonia gear care about the environment; with that in mind, the retailer released a campaign called “The Footprint Chronicles,” which tracks the company’s textile supply chain and how it affects the planet socially and environmentally.

Last year, the company also boldly released “Worn Wear,” a short film that focused on the love people have with the clothes and gear they’ve owned together. On Black Friday, they screened it inside their stores.

It inspired viewers to be conscious of their purchases and repurpose old clothes instead; alongside the screenings, Pantagonia had stations where experts patched up worn Pantagonia gear. It may sound like a counterintuitive message for a retailer, but it’s that kind of transparency and humility that consumers love. 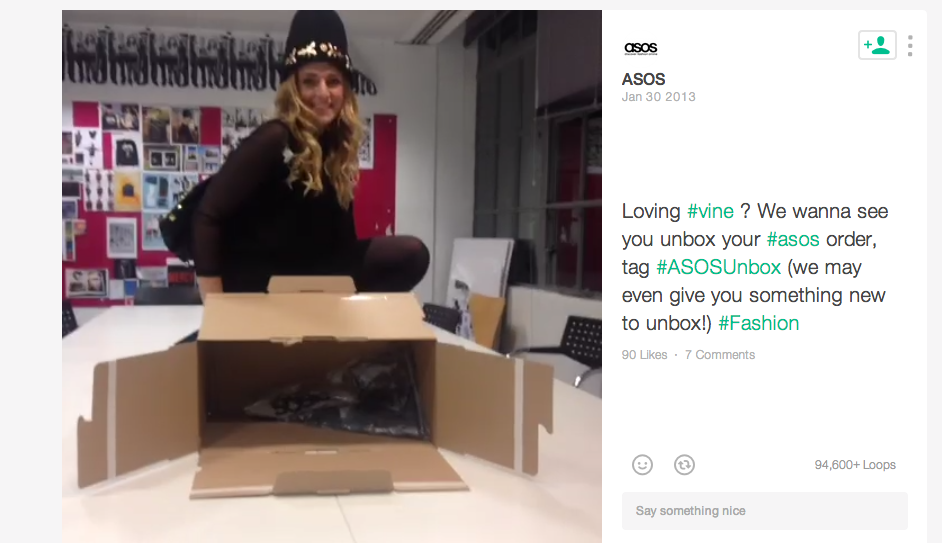 Clothing company ASOS capitalized on the phenomenon of unboxing (uploading a video of yourself opening a brand-new product straight from the box) by creating their own unboxing video for Vine along with the tag #ASOSUnbox. The retailer encouraged ASOS fans to upload and tag their own videos to share, and it proved to be a hit. Consumers were stoked to share the excitement of seeing their coveted clothes for the first time. It also helped that ASOS promised to reward some participants with a shiny new product to unbox.

Dogs lovers unite: Bark & Co. has created an online branded publication for everything pooches, from adorable photos of puppies to inspiring stories of love and friendship between canine companions. It’s pretty much BuzzFeed for pet lovers, which proves to be awfully addictive. BarkPost has found a much wider audience than just fans of Bark & Co.’s many doggie products and services; about two million people now read BarkPost. One of their posts involving a marriage proposal and 16 pugs even went viral, and was featured on every major site from TODAY to BuzzFeed, and even got its own segment on Good Morning America. 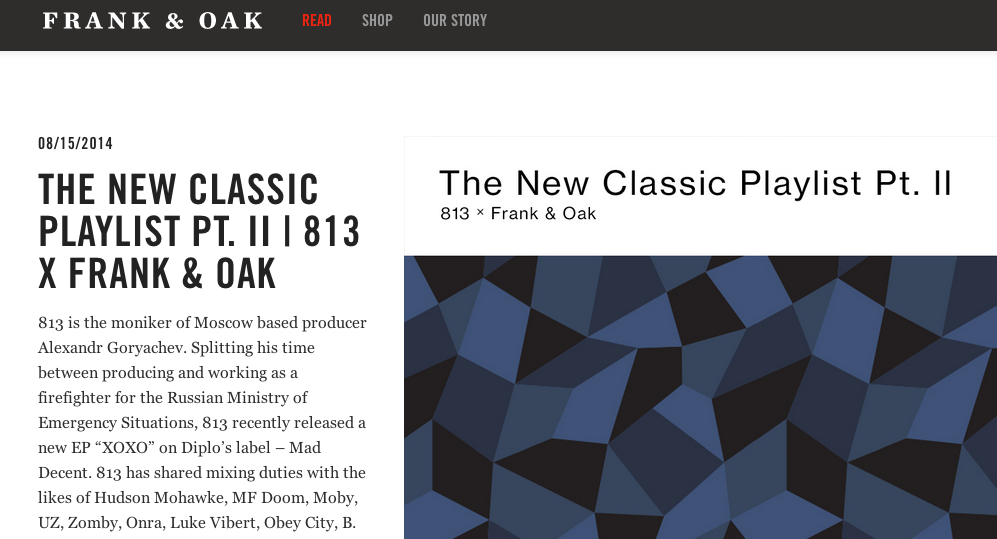 Luxury menswear retailer Frank & Oak not only has a seamless mobile app, but also their very own editorial hub, aptly titled The Hound. Digiday called them “the fashion brand with a publisher’s heart.” Featuring style tips, how-to fashion demos, and interviews with fabulous bloggers, Frank & Oak has capitalized on fashion-forward content; as Digiday notes, it’s a twist on the formula that turned GQ and Esquire into empires. They even put out a quarterly print magazine called The Edit. All of these efforts have helped fuel 80-plus percent growth year-over-year.

“We found that when it comes to men’s fashion, they care about looking good,” CEO Ethan Song told Digiday, “but they care more about the context: ‘What are those clothes used for?'” 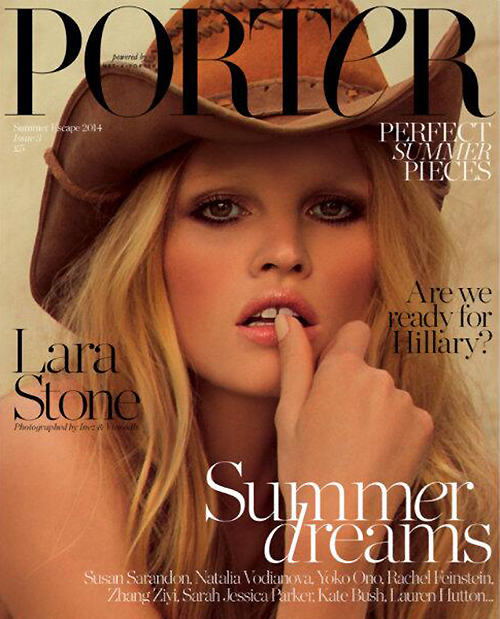 Net-a-Porter’s brilliant blend of digital content and commerce has been the gold standard for retail content marketing for over a decade, but they took it up a notch this year.

Luxury fashion retailer Net-a-Porter’s glossy, star-studded print magazine, Porter, is on its way to becoming the new Vogue, with an initial international circulation of 400,000 readers. Supermodel Gisele Bundchen graced the cover of its debut issue, which featured stars Uma Thurman and Angela Ahrendts inside. Net-a-Porter is not just a retail company, but a media company, as their founder said earlier this year, and they are intent on being the best of the best. Indeed, their glamorous publication is an impressive feat, but it doesn’t come cheap, retailing at $9.99—four dollars more than Vogue.

Featuring stories about everything from reindeer revivals to why bats matter, agriculturally-minded The Furrow is a branded magazine by John Deere, and has become something of a legend in its own right. First printed in 1895, the mag still reaches around 2 million readers globally, and even in the digital age, the photo-driven print edition remains most popular. In fact, its back issues are fiercely fought over on eBay. Hear that, Farmers’ Almanac?

Earlier this year, Kate Gardiner revealed the fascinating story behind the 119-year-old magazine.

Riffing on Robin Williams’ famous speech in Dead Poets Society, Apple launched its recent “Your Verse” campaign. The almighty question, “What will your verse be?” challenges consumers to make their voices heard and create powerful works with the help of Apple products.

In fact, Apple was so inspired by what their customers were producing with iPads that the company decided to feature several of these stories in short films that explore everything from a composer’s app for sharing his love of classical music to mountaineers’s trips up the highest peaks in the world. It’s a case study in how the best aspirational marketing is often inspirational storytelling.