AdDetector: Why This Google Engineer Built a Plug-In That Calls Out Sponsored Content

It seems like everyone has something controversial to say about sponsored content these days, from John Oliver on HBO to even us here at Contently.

Much of that controversy centers around two key questions: Is brand-backed content on publisher sites labeled well enough? And is it eroding the publishers’ editorial independence and reputation?

Now, a Google engineer has taken on this transparency and labeling challenge with a browser plug-in for Chrome and Firefox called AdDetector, that adds another layer of labeling to sponsored posts. It’s drumming up a fair amount of buzz in the media world already.

The plug-in inserts a red bar above a sponsored post to make its sponsorship absolutely clear. It looks like this: 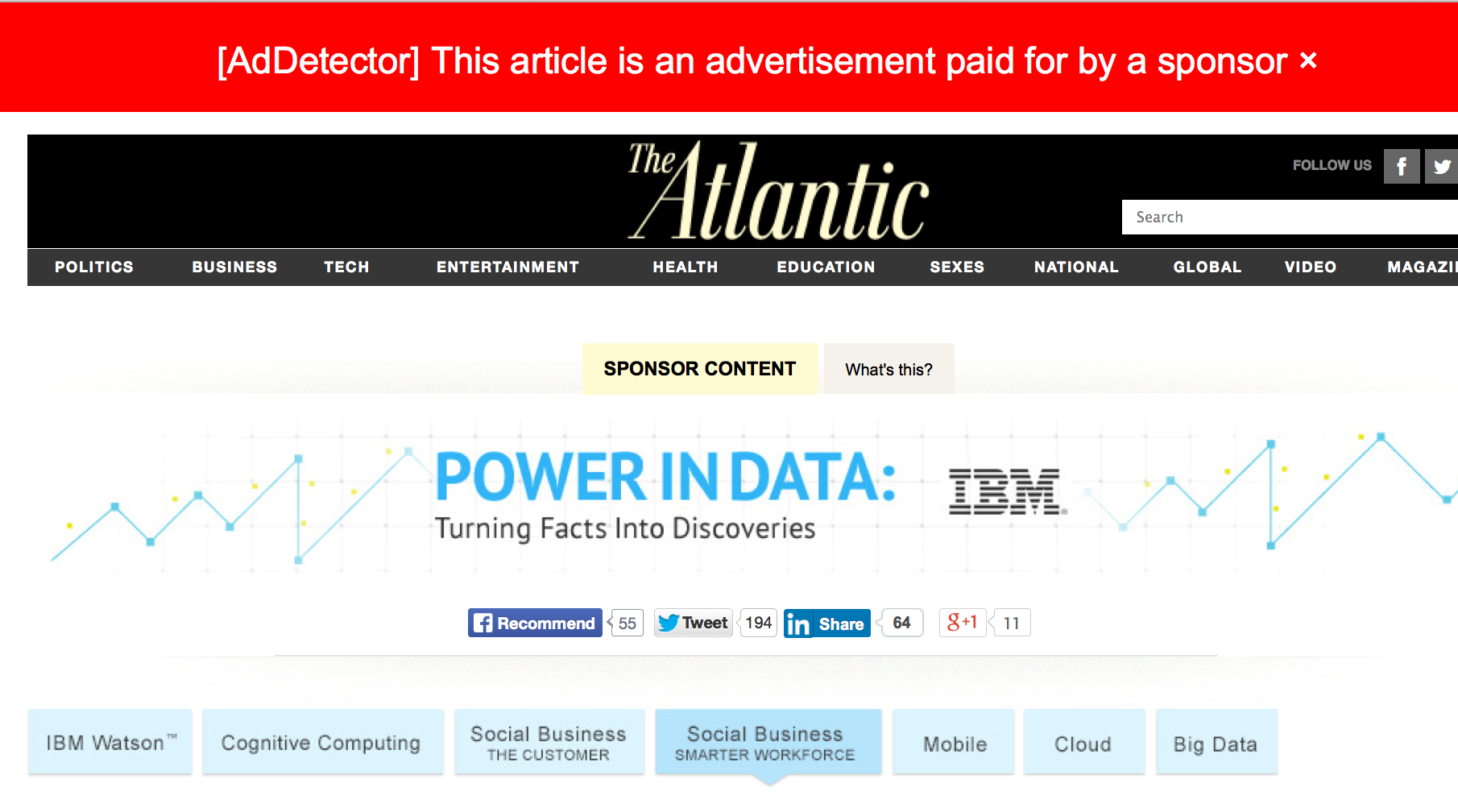 The plug-in’s creator is Ian Webster, a Google engineer who made the tool as a side project from his day job. We spoke with Webster about why he made AdDetector and what he hopes to accomplish from it. Primarily, he says he sees it as “trying to enforce better labeling.” When he set out to understand sponsored content, he found that different publishers use different terminology for their posts. Moreover, the editorial independence of publishers varies, with some claiming advertisers have no influence on posts and others saying the advertisers create the posts themselves.

“I’m trying to take the easiest route to educating the general population about which posts have sponsors,” he said. 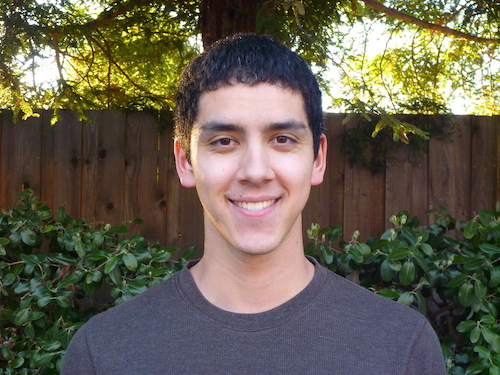 Why did you decide to make AdDetector?

The recent discussion about sponsored content got me thinking: It seems like nowadays not only would you need Adblock if you wanted to block display ads, but you would also need an ad detector to know whether what you’re seeing is paid for by outside interests. I realized it would be pretty straightforward to create it. So I went ahead and did it.

People want to know if somebody’s paying to influence them. I think that’s something that is emotional on the part of people who consume this content. And I think it’s a legitimate concern.

That’s why I see it encouraging better labeling. People will realize that there is a difference between publishers that try to pass ads under the nose of the reader and some of the more well-intentioned sponsored articles that I’ve seen.

It was also curiosity. I wanted to find out how much the content I was looking at is actually sponsored. And I wanted some degree of awareness because I think right now I do gloss over the sponsored disclaimers.

My understanding is the reason why the sponsored content works is that it is subtle. And I know their argument for why that can be better for the consumer but I think that if it is unchecked, it winds up degrading the user experience.

What did you learn about sponsored content while making it?

Mashable was the hardest to track for labeling sponsored content. First, the way they’ve labeled over the years has changed. It’s not a consistent check that you can perform as a reader to understand whether it’s an advertisement. The second problem I have is in some cases it was impossible to tell was sponsored. And there was nothing in the HTML to indicate whether it was sponsored. I had to check some of the Javascript variables.

It’s hard for a human to grade the relative quality of sponsored content for different sources. I’m trying to take the easiest route to educating the general population. It doesn’t mean that you shouldn’t read the sponsors. This isn’t Adblock, which removes the ad from the page. AdDetector puts a warning on top. You can click the warning and it goes away and it’s a normal page.

I think that context, though, is important. Eventually, if you are the user who uses AdDetector and gets used to what it’s like and land on a page that is sponsored, I think it will end up rewarding the publications that have high-quality sponsored content.

So taking Mashable as an example: It is high-quality content. Whereas, for other organizations, if the article stinks of bias, it will end up hurting those organizations.

How do you think sponsored content should be changed to improve transparency?

Well, for starters there’s a need to message properly. Some sites are more transparent than others. I was frustrated with Mashable because I didn’t think they messaged their labeling properly, which I think is one of the main gripes with sponsored content—people feel deceived when content is presented to them as normal articles.

I think one advantage of better sponsored content, such as The New York Times, is they put it on a different domain: paidposts.newyorktimes.com. The subdomain is good, but I think it also has SEO impact publishers will worry about. So if publishers would add a meta tag—which are not shown to users—that could provide additional information to start to structure the content and provide a foundation for creating a better user experience. That would make it a lot easier for developers to understand when something is sponsored content.

Right now, there aren’t standards, which is why it differs so much from site to site. It’s difficult for even a computer to detect.

What’s next for you? Are you planning any other tools?

I plan to maintain AdDetector. And I would like to build a community around it. I hope other people contribute to it on its GitHub project page.