A story of magical beasts and a quest wrought with perils featuring colorful and cartoonish illustrations—sounds like a great idea for a children’s book, right? Well, that’s exactly what digital marketing management company Tealium put together for their latest promotional B2B marketing book, Taming the Digital Marketing Beast, which—if you haven’t guessed—is certainly not just for kids.

Inside Taming the Digital Marketing Beast

The eye-catching booklet, featuring everything from a cute cardboard jacket to a special place inside to write “whose book” this belongs to, is the company’s latest (and most whimsical) foray into creative B2B marketing. It’s also one of the strangest and most delightful pieces of marketing we’ve been mailed in a long time: 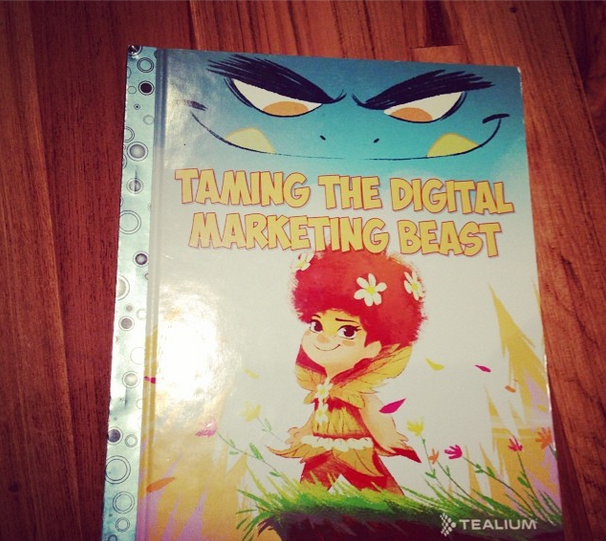 The story is simple enough: A cute redheaded girl named Little Margaret has decided that in order to end the confusion and suffering in the land of Marktopia, she and her friends must seek out the magic Tealium in order to tame the digital marketing beast once and for all.

Along the way, the group runs into some cleverly named problems like the Signpost of Chaos, Tag Mountain, the Cloud of Confusion and the Data Lair, all of which represent various real life calamities that digital marketers run into—and which Tealium promises they can help solve.

I spoke with Tealium VP of Marketing and Communications Erik Bratt and CMO Tracey Hansen, who were very enthusiastic in sharing the details of the book’s conception and its reception among marketers. They also revealed that due to how well the book did, a sequel or two may soon be in the works.

This was a very creative idea. How did it come about?

Erik: We were looking for ways to do something different. We really wanted a more fun approach to marketing, so a group of us sat down in a room and just thought: How do we make what we do simple enough so that a child could understand it? We got a 20-year-old—Italian children’s book artist Nicola Sammarco—to illustrate, whom we’ve worked with before on different projects.

Tracy: The genesis of it was: How do we make a breakthrough in events and trade shows? [Swag bag promotional material like] treasure maps, passport books, and the like had been done before. One of our team members has a 4-year-old he reads a Golden Book to every night, and we thought, All we need is one of those that will allow parents to interact with their kids, but while they read the story, they’ll find out how to incorporate brand the insights from Tealium into their brands! We all laughed about the idea, and one of our team members went off and wrote the [first draft of the] story, and we all fell in love with it.

Was the writing a collaborative effort? How many people were involved in the process?

Erik: The idea was a collaboration between three different people. One of my colleagues wrote the story and then we passed it around and made a couple things and sent them to Nicola for final changes. We distributed and unveiled it at the IRT (Internet Retailer Conference) in June and it did really well; we got a great response and gave away several hundred copies. We also had a cardboard cut-out of the digital marketing beast [pictured above] at the show, and people responded well to that.

Tracy: We went back and forth with illustrator Nicola on a couple of different designs on who [the lead character] Margaret could be, and once we captured her heart and essence—spirited, fun, light-hearted, and with little gumption to her—it became real to us. Now we had a story and the embodiment of a character, and from there we spent a lot of time figuring out what her friends would look like who joined her on her journey. Each character was something we went back and forth with quite a bit.

What do you hope that marketers will learn or gain from this book?

Erik: We’re hoping that we get their attention and create something memorable that sticks out in their minds. Not only can they read this to their children, but it can help them with digital marketing ideas.

Who came up with the names of the other fake Tealium books in the jacket like Teal Eggs and Ham and From Tags to Riches? They’re very clever!

Erik: That was exactly a collaborative effort. Everybody in marketing here just gave some funny, cool names. We do plan on doing future books like this that continue the theme.

What does the “digital marketing beast” mean to you?

Erik: Our technology helps solve marketing complexity. There are many solutions out there, and we have a platform that helps seamlessly connect all of that complexity and fragmented digital data. It’s all about taming the beast.

Is the beast your mascot or going to become one?

Erik: The beast isn’t the mascot; he’s just part of the campaign. He becomes the tamed beast through the magic of our technology.

Is there anything else you can share with us about the digital marketing beast? Who are the additional characters on the back of the book?

Tracy: We have an idea for another story about marketing and sales and how they often don’t get along, and how we can help make them both super happy. We also have a parallel campaign around a unicorn theme, and now unified marketing is not a myth anymore. [As for the beast], we have two little stuffed animals, one representing the bad beast and one representing the tamed one, and then we have a big one you can turn inside out, so when it’s Version A it looks like the bad beast, and when it’s Version B it looks like the good beast. The whole intent was to drive traction at the trade shows, but internally, when people first heard we were doing a storybook, there was a lot of skepticism. But when it came into the office into its final form, there was excitement about the beast and the book, and we were pleasantly surprised at how on-board everyone was. 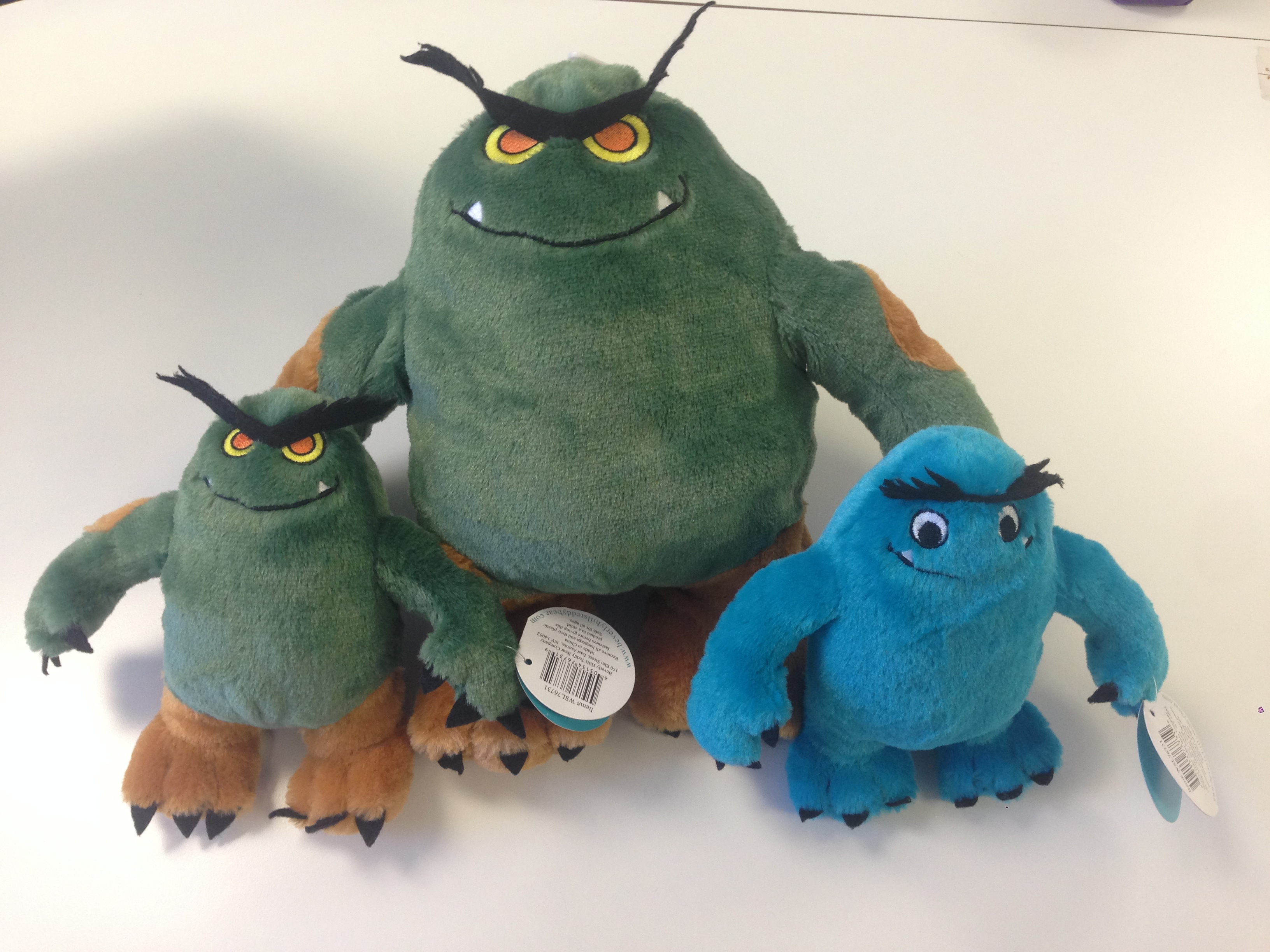 These characters don’t represent our brand, but they are a way to tell our stories in a complex and interesting way. We’ve got a couple of major shows coming up and soon we’ll be able to put some hard ROI numbers to them.