You see them everywhere; you probably know one, and you might even be confused about whether or not you are one. Our generation’s subculture of “hipsterdom” is pretty flimsy in comparison to other post-war styles, such as the hippie, punk, or grunge movements. Besides displacing hard-working families and old-times residents, the urban-based hipsters haven’t accomplished much in the way of rebellion over the last decade. So it comes as no surprise that people have started to dislike this kale-eating, grandma’s-sweater-wearing kind. And brands are no exception.

We took the opportunity to look at some awesome branded content that uses the anti-hipster movement to market their products.

South African brewery Garagista hit the nail on the head with their hilarious print ads for their “All beer. No bullshit.” campaign. Featuring brutal catchy phrases such as “Every time you drink a Garagista, a hipster’s favorite band goes commercial” and “If your bike has only one gear, ride on. This isn’t the beer for you,” it all makes you begin to wonder if this is the official beginning of the end of the hipster era.

Armed with only a Facebook page and no website, the brand states on their page: “In a world where some people care more about the craft beer image than the actual beer, we care about one thing—damn good beer.” Our taste buds are secretly jumping up and down, and are wondering if this product will be available in the States anytime soon. (Editor’s note: The author hails from Germany, and therefore can get away with calling America “the States.” Carry on.) 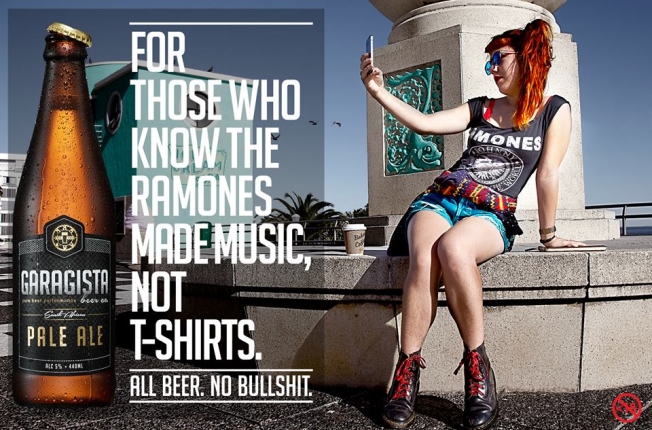 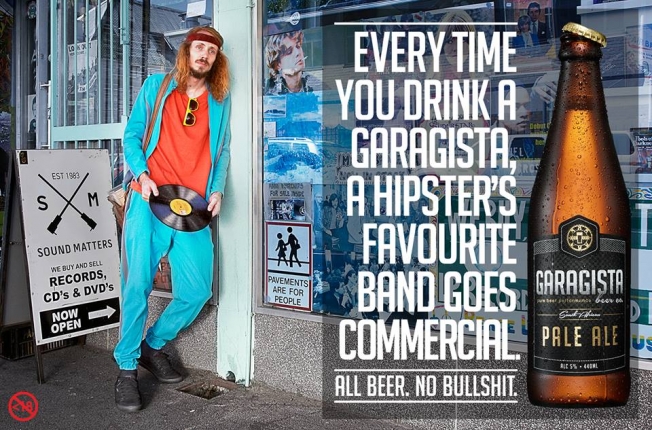 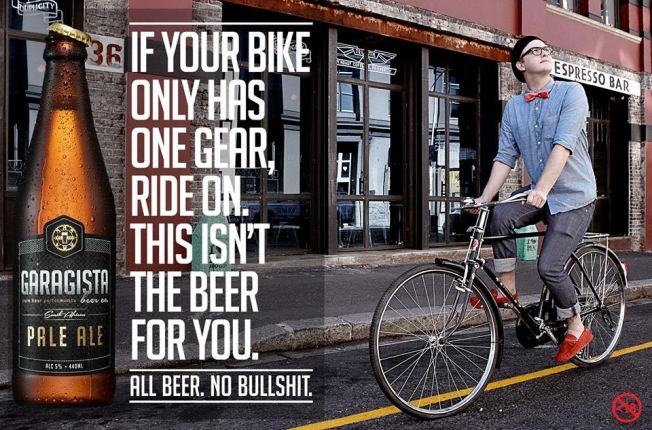 Another great example is this Y&R campaign, which urges men to “free your skin” with Schick razors. The New Zealand-based company turned thick hipster beards into animals, motivating guys to control their facial hair. Sure, it’s a bit creepy, but it’s also fantastically creative. We can only wonder if this really happened to some full-bearded graphic designer: He looked in the mirror one day and all he saw was a beaver. 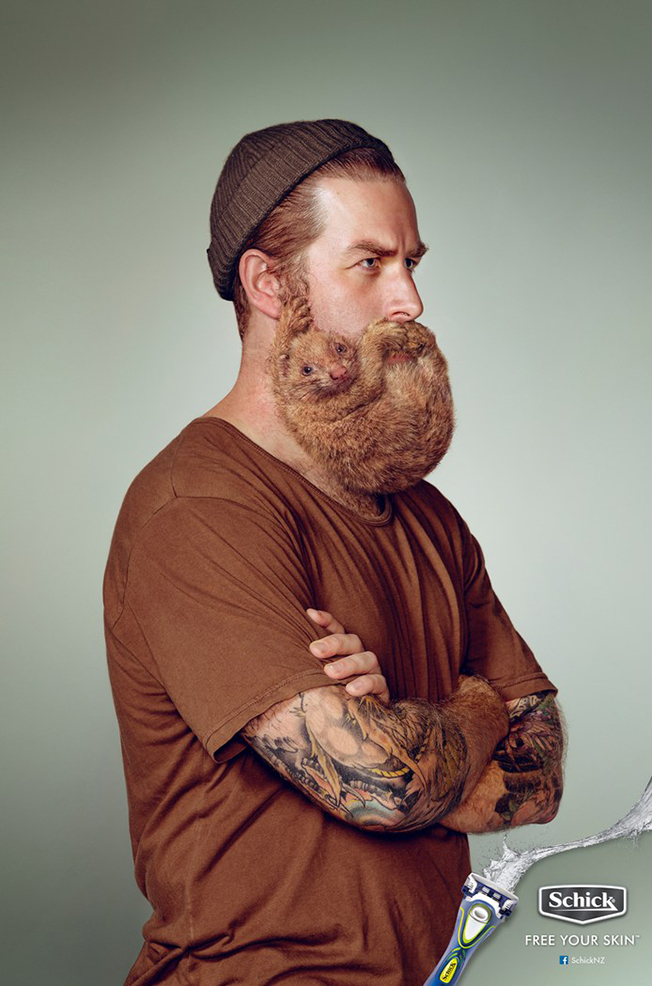 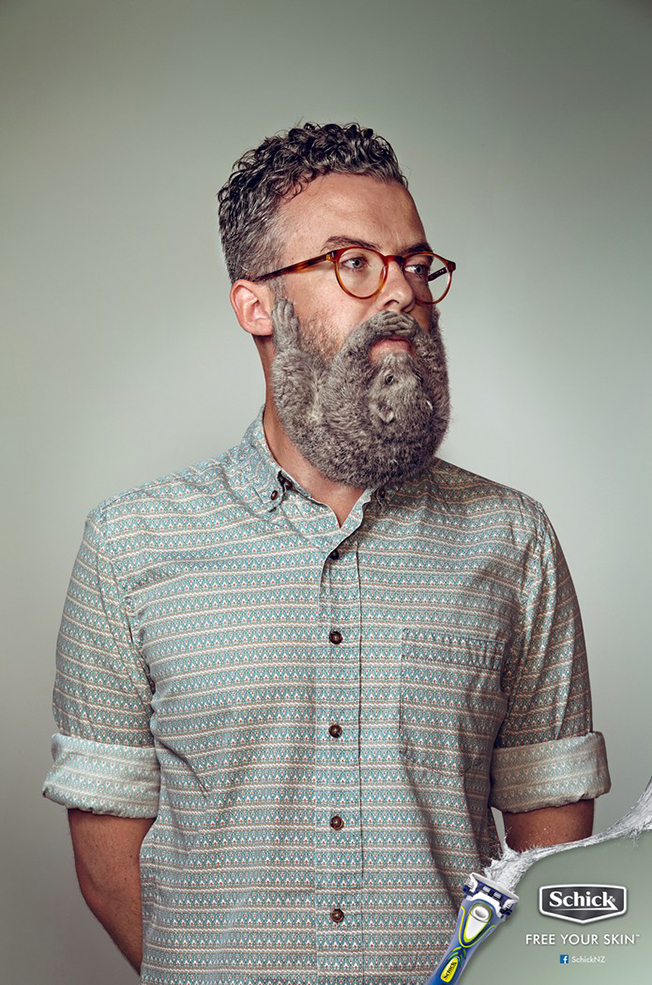 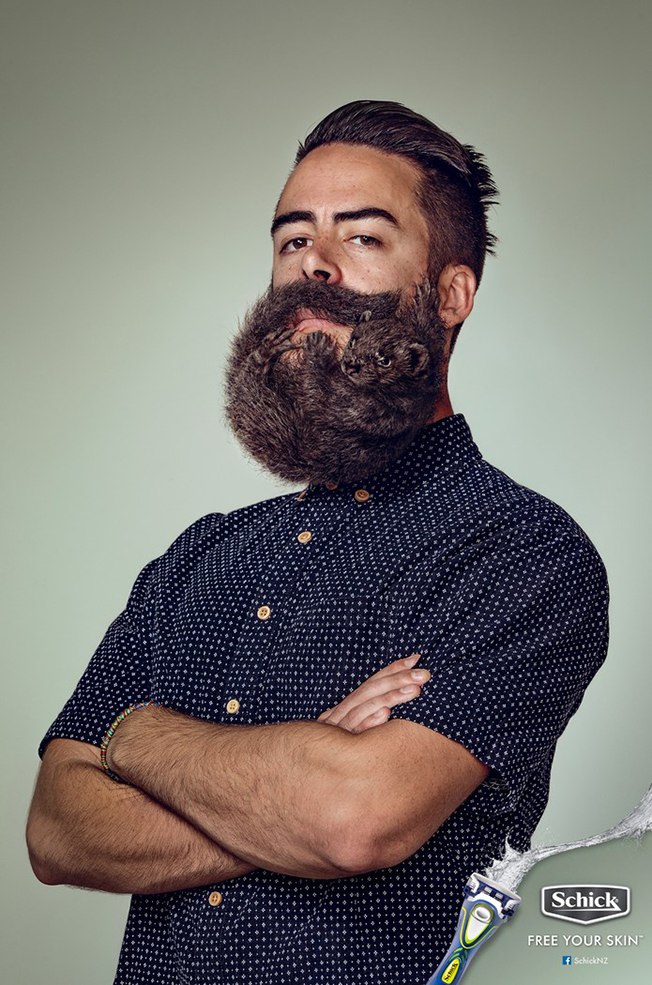 H&R Block may have made the impossible possible: making the boring task of doing your taxes funny, all while making fun of hipsters. The U.S. tax preparation company developed an innovative “Hipster Tax Crisis” campaign and thereby raised awareness of their brand within the millennial audience. Millennials don’t fail to file their taxes, they simply do it differently than their parents. They file them early, and they file them online, Scott Gulbransen, H&R Block’s director of social influence, told The New York Times. And H&R even offered a donation to the nonprofit Covenant House, which serves the homeless, for every social media share of the “Hipster Tax Crisis” content. It’s not just hipsters who like that. 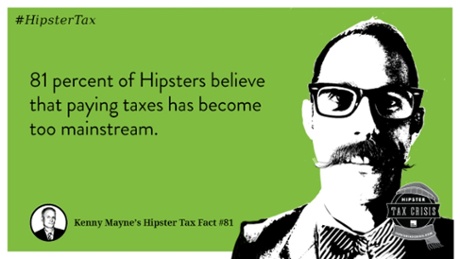 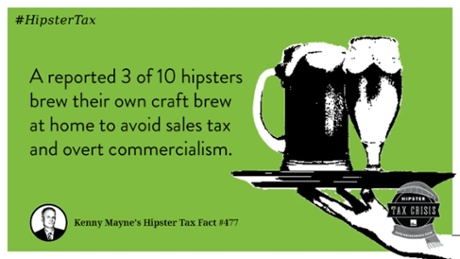 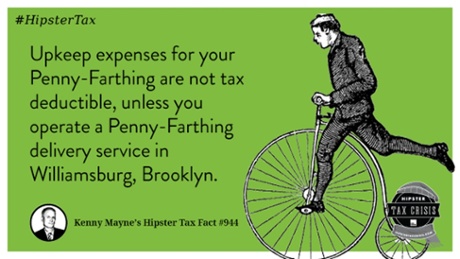 A bad example of an anti-hipster campaign is the one produced by Canada’s British Columbia government. The slogan “Hipster is not a real job” was plastered all over buses in Vancouver, with the goal of encouraging young Canadians to stop being lazy and find work in skilled-trade jobs. While their instinct to crack on hipsters was solid, it would have been so much funnier to say something along the lines of “Wearing American Apparel V-neck T-shirts and skinny jeans isn’t a real job” or “Waxing your mustache isn’t a real job.”

Bonus #2: It wasn’t made by a brand, but this anti-hipster video from London is pretty much the best thing ever: