Make no mistake, telling stories about data is tougher than it looks. Half the time, you’re dealing with boring Excel spreadsheets. The other half of the time, you find yourself struggling to craft a story out of it, or even stretching the truth—often without even realizing it.

If the horrors of high school calculus are rushing back, causing you to second-guess whether your creative and analytical brains can actually co-exist, rest assured, they can. Here are five creative examples to inspire you:

1. The Best Questions for a First Date, by Christian Rudder for OkCupid

Let it be known on the record—we’re vying for the OkCupid blog to make a comeback. (Last fall, they told us it’d be back in March but… no dice.) Until then, revisiting their classic analyses of human dating behavior will have to suffice. Where else would you discover awesome insights like this? 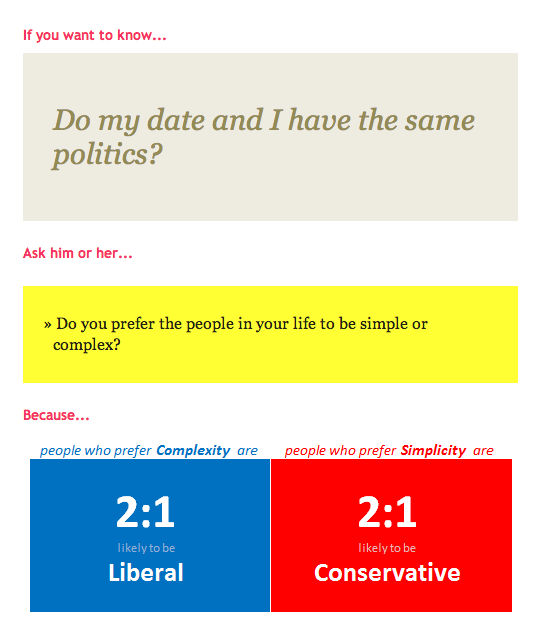 What made OkTrends especially great was the way that co-founder Christian Rudder crafted a hilarious narrative around OkCupid’s findings. And it had a big impact for the dating site.

“Honestly I think the blog—one way or another—has driven a lot of our growth,” Rudder told us. “Certainly, it has driven brand awareness. It’s been the only thing we’ve ever done, other than making a great dating site, that has gotten us out there into the world.”

2. The Power of Storytelling: How We Got 300% More People to Read Our Content, by Alex Turnbull for Buffer

Every content marketer experiences this pain point at some point or another: You’ve written an amazing blog post, but when you hit “publish,” nothing happens.

What we love about this blog post is the emphasis on the action advice. Instead of sharing data for data’s sake, Buffer tackles a specific challenge. What better way to win over your customers than by sharing your data for the greater good?

3. A Rise in Stay-at-Home Mothers, by D’Vera Cohn, Gretchen Livingston, and Wendy Wang for the Pew Center

Okay, the Pew Center isn’t a brand, but this example is so good that we just had to include it. This article examines the relationship between the U.S. economy’s volatility and the growing trend of stay-at-home moms. Here, the visuals are as important as the text-driven narrative—diving into research questions about why moms are deciding to stay home. 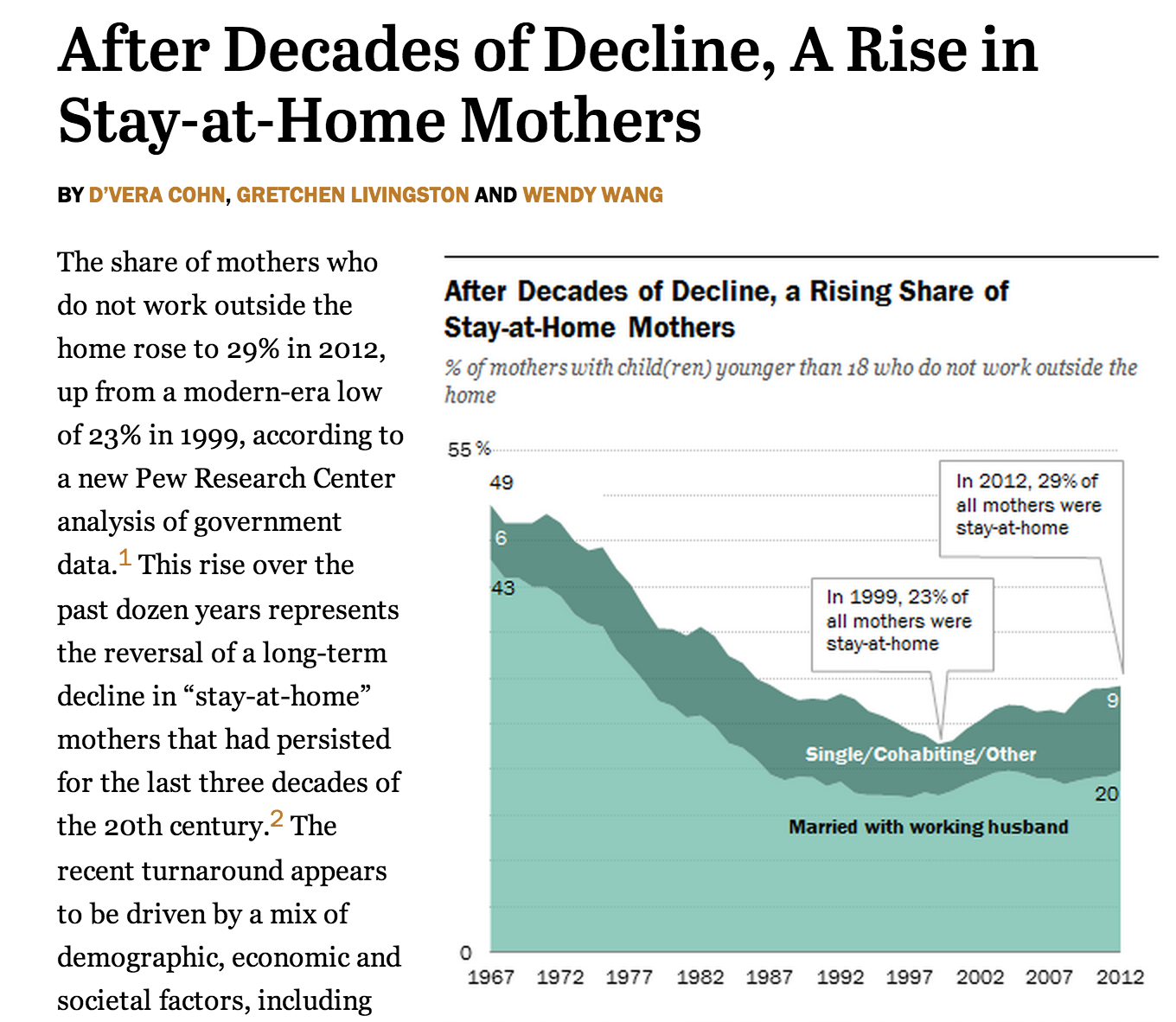 The value in this story, however, is that it presents more than one side to the story while diving deep into the trend. We see takeaways from a variety of perspectives so that we can fully understand the socioeconomic significance. The analysis is thoughtful, balanced, subjective, and objective—we clearly see the author’s interests in a context that isn’t politically charged.

“The recent turnaround appears to be driven by a mix of demographic, economic and societal factors, including rising immigration as well as a downturn in women’s labor force participation, and is set against a backdrop of continued public ambivalence about the impact of working mothers on young children,” the authors wrote.

Don’t be squeamish. Pornhub’s Insights blog is entirely work-safe—and showcases graduate-level research. The “entertainment” giant’s on-site statistician (yes, seriously) partnered with the folks at Digg (yes, they still exist) to uncover the top five search terms in major cities across the United States. And they have the awesome visuals to back up their data.

What we love about this blog post is its judgment-free, exploratory approach. The narrative lies in the data—not in the context around it.

5. Powering the World, by General Electric

Data visualizations, despite their multimedia beauty, are becoming increasingly tough-to-decipher on a two-dimensional screen.

The solution? Animate. All the tech is there at your disposal. Create a rich, interactive presentation to communicate exactly what you want to say at just the right time. 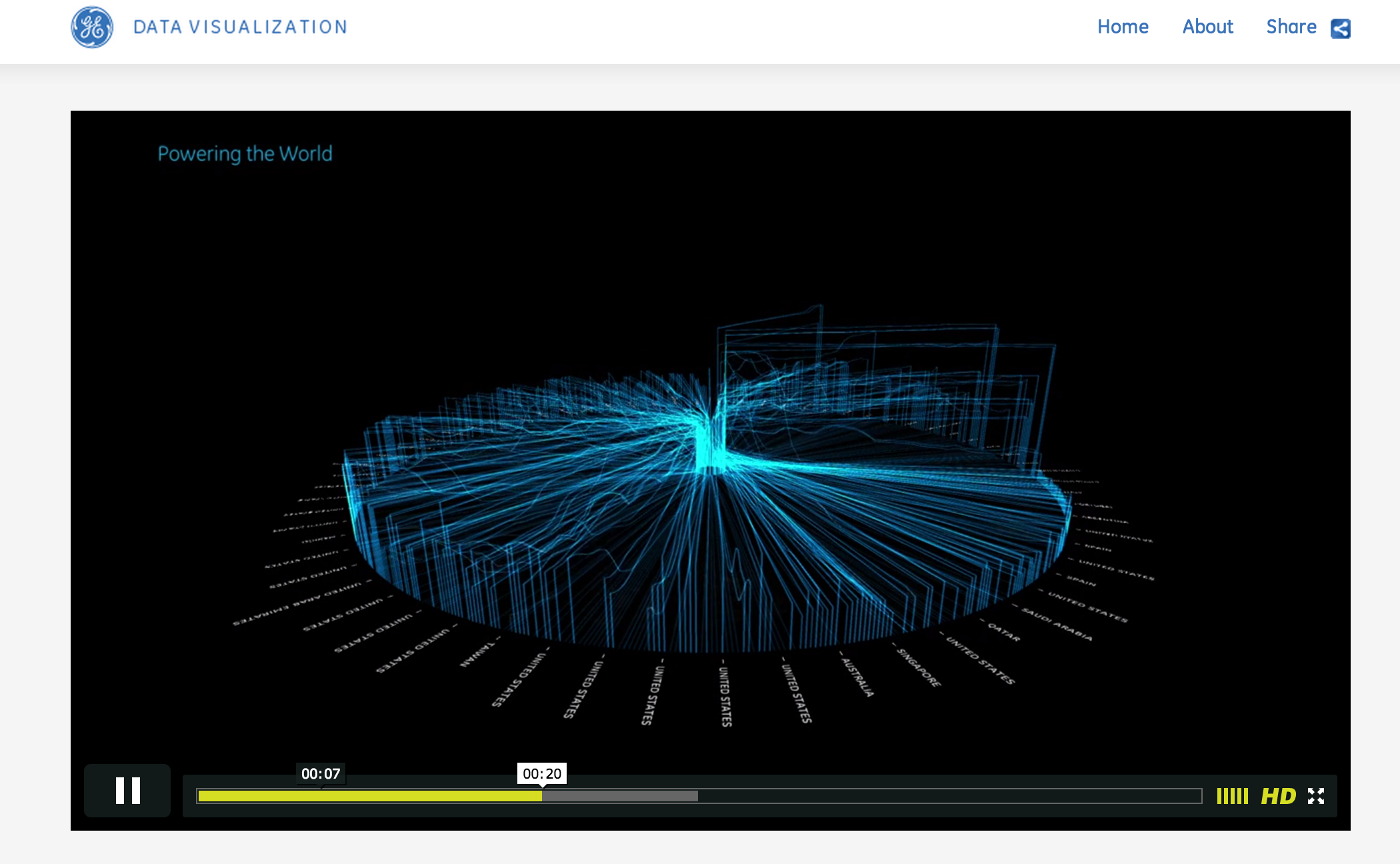 “GE’s power technology generates a quarter of the world’s daily electricity,” the company explained. “Today there are nearly 10,000 GE gas turbines installed around the world. In this visualization, we took a look at 713 of these gas turbines over the course of 2 weeks to see just how much energy is produced.”

Data has the potential to be powerful, especially with the help of new technologies and experiments in narrative. But it’s only as powerful as the story your brand chooses to tell.