How do you know when a new show is about to become the next cult hit? When the obsession over it starts to take over the social web. But when that happens, production companies have to be ready to engage viewers with second and third-screen experiences, like HBO did for its new Silicon Valley series.

By creating a website for Pied Piper—the fictional startup company that the show is focused on—HBO offers an effective piece of content marketing that has viewers buzzing about the show even after the credits have rolled.

Here’s why PiedPiper.com is a mark of content strategy genius:

It looks and reads like a real tech site.

The more authentic a fictional world seems, the more fans can appreciate it. Think back to ABC’s LOST, which was a pioneer when it came to online fan experiences, having created fully functional websites for the fictional airline, Oceanic, and the show’s mysterious Hanso Foundation.

For anyone who’s familiar with tech startup culture, PiedPiper.com rings true as an extension of the quirky (and sometimes exaggerated) authenticity that show creator, Mike Judge, does best.

While Pied Piper isn’t chock full of content just yet, it will be fun to see how it grows along with the show’s popularity. They’ve already nailed the generic layered-scrolling design. 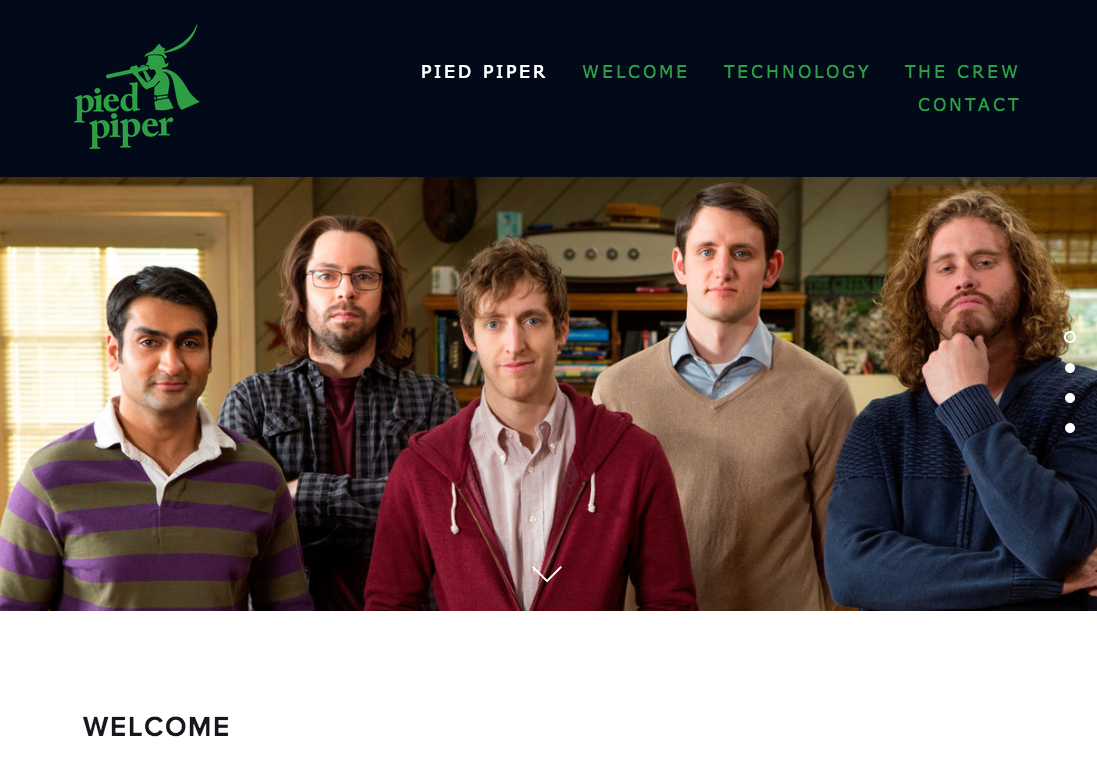 It rewards fans of the show with inside jokes.

For instance, the disclaimer at the bottom of the site explains, “Pied Piper is not associated with Pied Piper Irrigation,” which was a plot point in the show’s second episode. Fans will also get a few chuckles over the company’s executive bios, from Erlich Bachmann’s educational background—“Has attended, for various lengths of time, Berkeley, Reed, Oberlin, and Hampshire College (B.A. in Ultimate Frisbee)”—to Dinesh Chugtai’s dig at Gilfoyle’s Canadian citizenship.

It knows its target audience well.

If you love the humor on Silicon Valley, it’s because you understand geek and startup culture on some level, just as the biggest fans of Mike Judge’s Office Space are the ones who have experienced cubicle culture firsthand. That’s why you’ll appreciate the subtleties, like the site’s tech mumbo-jumbo “About Us” description: “Pied Piper is a multi-platform technology based on a proprietary universal compression algorithm that has consistently fielded high Weisman Scores™ that are not merely competitive, but approach the theoretical limit of lossless compression.”

The show is only four episodes in, but it’s already been renewed for a second season. It shouldn’t come as a surprise, either, as its social media profiles are going strong with almost 80,000 followers on Facebook and burgeoning audiences on Tumblr and Twitter.

Twitter accounts have also popped up for @AviatoInc and @Nipalert (yes, really!), but it seems like they are fan-driven. Of course, when fans begin creating content around your brand, that’s when things really start to get fun, sort of like when loyalists of The Office shared hundreds of reviews for the fictional Shrute Farms on TripAdvisor. 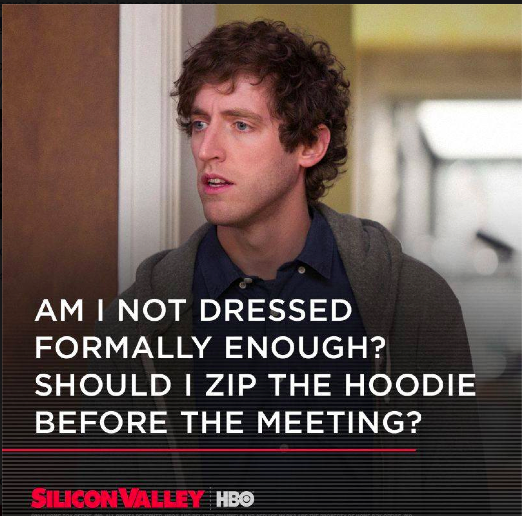 Startup shows are a lot like startup companies: They need people to invest in them. HBO has done just that with its clever marketing of Silicon Valley so far. But will Pied Piper become biggest thing since Hooli? Only time will tell.