Is Samsung’s Celebrity Selfie Scheme Worth It?

When the White House takes time away from running the free world to object to your content strategy, something has gone seriously awry.

In case you missed it, Samsung used newly minted “social media insider” David Ortiz to score a selfie with President Obama last week, and the West Wing was not pleased.

“Well, [Obama] obviously didn’t know anything about Samsung’s connection to this,” White House senior advisor Mark Pfeiffer said on CBS’ Face the Nation Sunday morning. “And perhaps maybe this will be the end of all selfies.” 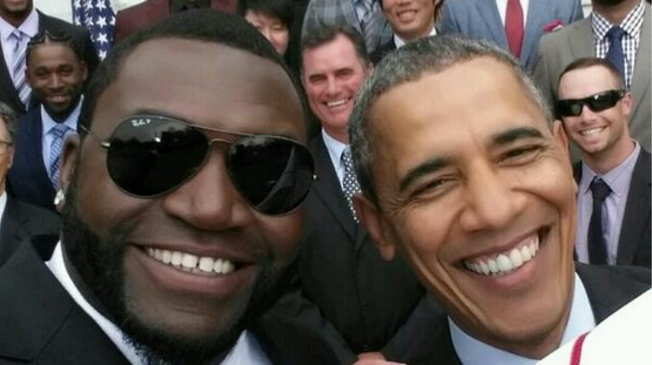 So how did Samsung reach this apocalyptic moment—”the end of all selfies?” And was it worth it?

Samsung has an established strategy of partnering with celebrities. The company’s White Glove program woos A-listers to their products with great success via parties, customized phones, and generous customer service. Leveraging the visibility of celebrity Samsung users is an undeniably a clever plan that has been executed relatively well, discretely and with a degree of control—until the Oscars.

Famously, the company negotiated to have their Galaxy phone integrated into the show, and when Oscars host Ellen Degeneres came up with the idea to take selfies during the broadcast, Samsung’s investment started paying out big time. Degeneres casually pulled the phone out on air multiple times, the pinnacle of which was the 12-celebrity shot that quickly became the most-retweeted photo of all time. 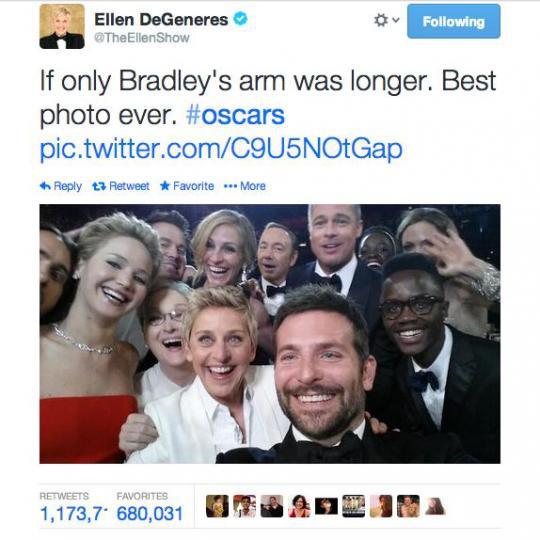 It’s clear why Samsung was so pleased. Their phone was at the center of the instantly viral selfie (and literally in the center of the live camera for the entire scene). And within hours, the brand was awash in earned media from countless outlets.

While busy breaking Twitter records and basking in the rays of free press, Samsung could perhaps be forgiven for overlooking the downside of their (seemingly serendipitous) celebrity-selfie campaign. But a number of media outlets definitely noticed when Degeneres started posting photos from her iPhone backstage.

“It seems that brand loyalty only goes so far,” CNET pointed out in its headline. “Perhaps 40 feet.”

That lack of authenticity was far more magnified with with the Ortiz and Obama photo. Sure, it received more than 42,000 retweets, but when Samsung revealed its involvement in setting up Ortiz with the president for the selfie, the company also received some choice words.

CBS reported on outrage from Twitter users themselves, with such tweets as “After the @Samsung selfie deception with Obama and the Oscar selfie, I will never buy a Samsung product.”

And that was before the White House issued a chilly statement objecting to the company’s apparent duping of the president of the United States into a marketing stunt.

Tallying up the score

Seemingly, Samsung’s celebrity selfie scorecard now stands at one win (the Oscars) and one loss (the presidential selfie). But was the win worth the loss?

If the most-tweeted selfie ever was a clear and solitary victory for Samsung, it’d be very tempting to answer yes. But Degeneres definitely shared in the glory, and after Degeneres’ true smartphone of choice was revealed, Apple scored a win as well.

More importantly, the Ortiz debacle may put their celebrity outreach program in jeopardy.

Ortiz was put into a tough spot. He’s been forced to defend his actions as spontaneous, even after Samsung admitted its involvement. That certainly won’t tempt other celebrities to sign up to be Samsung’s next social media insider.

The White House won’t be able to dictate “the end of all selfies.” The selfie is too powerful for that. But for Samsung’s viral marketing experiment, this might have been the last ride.