With the return of HBO’s mega-hit Game of Thrones less than two weeks away, it’s safe to say content marketing is coming! In fact, it’s already here.

Here are a few companies that have “taken the black,” so to speak, and created Game of Thrones branded content that smartly capitalizes on the show’s immense popularity. (Warning: spoilers ahead for those who haven’t finished season 3.) 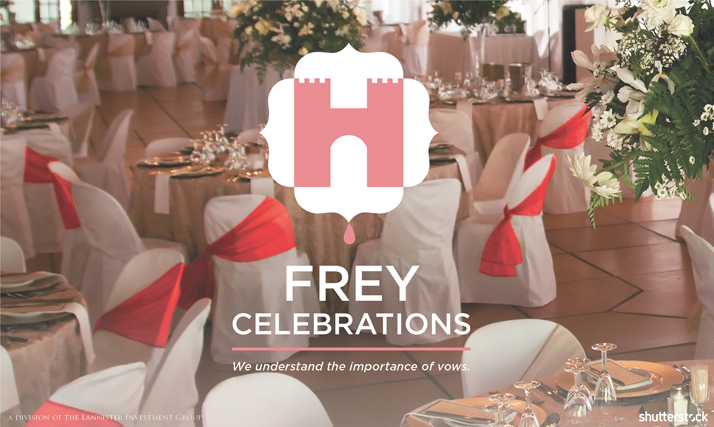 Last year, Shutterstock released a collection of images that refashioned the houses of Game of Thrones as modern corporations. On the landing page users could also see which Shutterstock assets were used to design the concepts. Brilliant! Although, fans of the show will likely cringe at the “Frey Celebrations” piece… That’s just cruel!

Dan Reiss, Shutterstock’s branded content producer, told The Content Strategist, “This is exactly what we’re aiming to do with our branded content: to change the conversation about stock, and drive brand awareness in the process.” 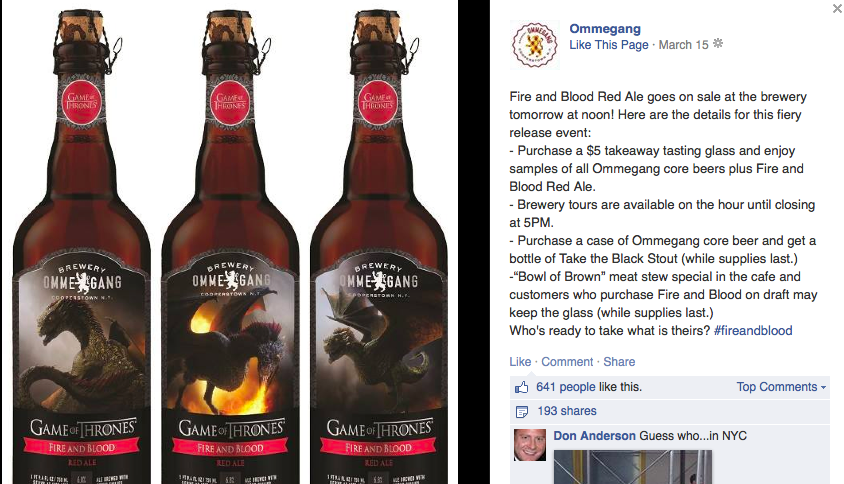 If you’re planning a Game of Thrones viewing party on April 6, you might want to stock up on Brewery Ommegang beer. While the Cooperstown brewery could have just licensed images from the show, slapped a few themed logos onto bottles, and hoped fans of the show would give them a try, they’re cleverly using a social campaign to expand their reach. This year’s beer is Fire and Blood, a red ale that celebrates everyone’s favorite trio of dragons.

The Ommegang website features tasting notes for serious beer drinkers and asks followers to share their thoughts on Facebook with the #FireAndBlood hashtag. Past editions have included Iron Throne and Take the Black Stout. Expect to hear more with the national release of the new beer set for March 31.

We’re always receptive to a good pun. This past November, Virgin Mobile Australia made a play for the Game of Thrones branding crown with the launch of its “Game of Phones” location-based alternative-reality mobile app.

Nicole Bardsley, director of Virgin Mobile brand & communications, told CampaignBrief.com that the app “has received exceptional interest from the Australian public, generating more than 2.5 million views across both Android and iOS, and driving more than 103 million online impressions throughout the duration of the game.” The “Game of Phones” launch video (above) was also viewed more than 197,000 times. 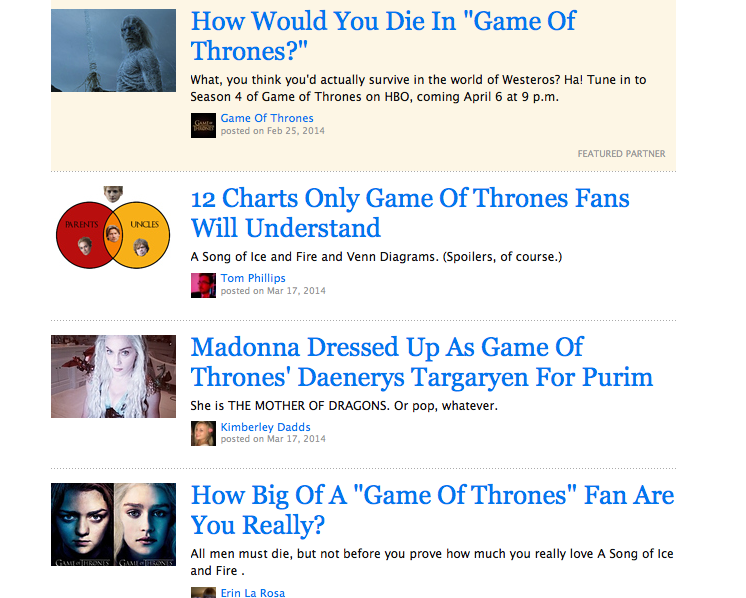 If you’re a fan of the series, you’ve probably wondered which house you’d fit into. And, of course, BuzzFeed figured you’d want a quiz to help determine your fictional loyalty.

As the site does with nearly everything that’s hot in pop culture, the “Which Game of Thrones House Are You?” quiz is just one of many GoT angles the site has used to conquer the viral realm. And because HBO itself is the biggest source of GoT branding, you’ll notice some its own sponsored content mixed in with BuzzFeed’s original stories.

As Jillean Kearney explained on Unbound Media, “BuzzFeed is really good at native advertising—so much so that it’s pretty difficult to differentiate editorial and branded content if you ignore the byline. Take this post, ‘Which Game of Thrones House Are You?‘ and compare it to this post, ‘Quiz: How Much Do You Know About the Nights Watch?‘ They’re essentially exactly the same type of content that’s created for fans of the show—but one is written by a BuzzFeed staffer, and the other is a sponsored content post created by Game of Thrones, BuzzFeed partner.”

With all of the above examples of Game of Thrones branding, it seems Catelyn Stark’s dialogue rings true: “A lord must learn that sometimes words can accomplish what swords cannot.”